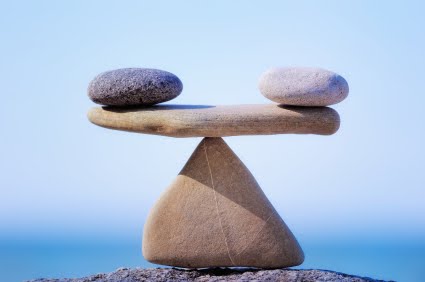 (click to enlarge) Keely
"Harmony is the simultaneous vibration of two or more bodies whose harmonics do not produce discords, and whose fundamental pitches are harmonies of the lowest pitch, or are a unison with the resultant notes or overtones, or undertones, of any two or more of them." [Keely]

All abnormal discordant aggregations in these resonating convolutions produce differentiation to concordant transmission; and according as these differentiations exist in volume, so the transmissions are discordantly transferred, producing antagonism to pure physical action. Thus, in motor ataxy, a differentiation of the minor thirds of the posterior parietal lobule produces the same condition between the retractors and extendors of the leg and foot, and thus the control of the proper movements is lost through this differentiation. The same truth can be universally applied to any of the cerebral convolutions that are in a state of differential harmony to the mass of immediate cerebral surroundings. Taking the cerebral condition of the whole mass as one, it is subservient to one general head centre; although as many neutrals are represented as there are convolutions. The introductory minors are controlled by the molecular; the next progressive third by the atomic; and the high third by the etheric. All these progressive links have their positive, negative, and neutral position. When we take into consideration the structural condition of the human brain, we ought not to be bewildered by the infinite variety of its sympathetic impulses, inasmuch as it unerringly proves the true philosophy that the mass-chords of such structures are governed by vibratory etheric flows. There is no structure whatever - animal, vegetable, or mineral - that is not built up from the cosmic ether. Certain orders of attractive vibration produce certain orders of structure; thus the infinite variety of effects; more especially in the cerebral organs. Discordance cannot exist in the molecule proper. Discordance in any mass is the result of differentiated groups induced by antagonistic chords, and any differentiated mass can be brought to a condition of harmony or equation by proper chord media, and an equated sympathy produced whether the mass be metal or brain. [Vibratory Physics - The Connecting Link between Mind and Matter]

WHAT KEELY MEANS BY "SYMPATHETIC FLOWS"

The action of Nature's sympathetic flows regulates the differential oscillatory range of motion of the planetary masses as regards their approach toward and recession from each other. These flows may also be compared to the flow of the magnet which permeates the field, existing between the molecules themselves, sensitising the combined neutral centres of the molecules without disturbing, in the least, the visible molecular mass itself. In the planetary masses - balanced as it were in the scales of universal space, floating like soap-bubbles in a field of atmospheric air, the concentration of these sympathetic streams evolves the universal power which moves them in their oscillating range of motion to and from each other. This sympathetic triple stream focalises and defocalises on the neutrals of all such masses polarising and depolarising, positive and negative action, planetary rotation, etc., etc.. It is thus that all the conditions governing light, heat, life, vegetation, motion, are all derived from the velocity of the positive and negative interchange of celestial sympathy with the terrestrial.

Every harmonious condition of Nature's evolutions is governed by one incontrovertible law; that of concordant assimilative harmony. This concordant key is the ruling one over all the antagonistic, negative, discordant ones; the one that diverts the disturbance of sympathetic equilibrium to one general concentrative centre for redistribution. Harmony concentrates, Harmony distributes. The focalising point of concordant sympathetic concentration is the percussive electric field, where the velocity of its sympathetic streams rebounds with a power that throws them far out into universal space; and so far beyond their equative centre of equilibrium, as to bring them in sympathy with the universal attraction of the combined neutral centres of all planetary masses. KEELY. [True Science]

"In setting the conditions of molecular sympathetic transmission by wire," writes Keely, "the same law calls for the harmonious adjustment of the thirds, to produce a non-intermittent flow of sympathy. Intermission means failure here. That differential molecular volume is required of sympathetic flow, seems at first sight to controvert the very law established by the great Creator, which constitutes harmony, a paradoxical position which has heretofore misled physicists who have propounded and set forth most erroneous doctrines, because they have accepted the introductory conditions, discarding their sympathetic surroundings. The volume of the neutral center of the earth is of no more magnitude than the one of a molecule, the sympathetic condition of one can be reached in the same time as the other by its coincident chord." Keely has ... attained the transmission of the etheric current in the same manner as the electric current with this one notable difference, that, in order to show insulation to the skeptical, he passes the etheric current, through blocks of glass in running his vibratory devices." [JOHN ERNST WORRELL KEELY]


"Discord is disease; harmony is health and every person starts from one or the other of these two bases. The word truth is applied to both, but if there was not any discord, there would be no need of harmony, for before there was discord all was quiet. So that it is a truth that there is such a state as discord in the mind, but the discord is in us and not in the thing spoken of. The discord is not in the tune but in those that hear it, for if there were no one to hear it, there would be no discord." [Quimby]

Cayce
"For the joy of living, in an material experience, is dependent upon the peace of mind - not indolence but activative peace, activative harmony. Though the entity has seen and has known and touched much dis-harmony; the desire for harmony reaches almost to that which is sought by the musician, in bringing about the arousal of the emotions ... which answer to the chords within the body; whether in movements of the dance, or arousal of emotions for the celestial or terrestrial activity in the emotions." [Cayce (880-1)]

"Know that all comes to him who puts his trust in the all-powerful influence of love and harmony, the real poem of life, and then works like thunder for same!" [Cayce (2337-1)]

"Do you know that our soul is composed of harmony?" [Leonardo da Vinci]

"Creation is the product of PRIMARY IMPULSES working individually and together - making impressions upon the other, fulfilling inbuilt needs imprinted within consciousness - these needs being, at the outset to increase and experience self-expression leading to further separation then - to restore a sense of inner security and comfort - to be re-united within the harmony of UNIVERSAL CONSCIOUSNESS. Out of this driving force for a re-united harmony of being, came the male-female drive for re-union to recapture the bliss which is buried in the soul consciousness." [Christ Returns - Speaks His Truth, Letter 5, page 23]

The face of BONDING drags, draws, attracts, demands, pulls, buys, grabs, clutches, clings to the people and possessions it craves. This IMPULSE creates an illusion of security in togetherness and possessions. It is the 'tool' of 'MOTHER CONSCIOUSNESS' inspiring the building of families, communities and nations. It can be productive of beauty, joy, harmony and love. It can also wreck lives and destroy communities when it is 'Ego' driven. The face of REJECTION repels, thrusts aside, pushes away, evades, everything - people, animals, possessions it does not want. Thus the IMPULSE of REJECTION creates an illusion of privacy and security. [Christ Returns - Speaks His Truth, Letter 5, page 25]

Mary Baker Eddy
"Harmony is produced by its Principle, is controlled by it and abides with it. Divine Principle is the Life of man. Man's happiness is not, therefore, at the disposal of physical sense. Truth is not contaminated by error. Harmony in man is as beautiful as in music, and discord is unnatural, unreal.

"The science of music governs tones. If mortals caught harmony through material sense, they would lose harmony, if time or accident robbed them of material sense. To be master of chords and discords, the science of music must be understood. Left to the decisions of material sense, music is liable to be misapprehended and lost in confusion. So man, not understanding the Science of being, - thrusting aside his divine Principle as incomprehensible, - is abandoned to conjectures, left in the hands of ignorance, placed at the disposal of illusions, subjected to material sense which is discord. A discontented, discordant mortal is no more a man than discord is music." [Mary Baker Eddy; Science and Health with Key to the Scriptures. 1971]

"In fact, each of these individual members of the vegetable kingdom belongs to a genus, and this genus to a family; and these families belong to an original "lineage." At the head of this lineage is a Neter, a "Principle" synthesizing all the characteristics of this lineage; its number, its rhythm, its classification in the general harmony." [R. A. Schwaller de Lubicz, The Temple in Man, page 63]

Lydian Chromatic Concept
"The notion of chord/scale unity as the logical approach to the vertical manifestation of harmony was simply overlooked by classical Western theorists. The understanding that the term HARMONY means UNITY, and already complete VERTICAL ONENESS of elements existing in the momentary NOW above time was either missed or dismissed by the founding fathers of Western classical music theory." [Lydian Chromatic Concept, p. 222]

Blavatsky
"Harmony is the law of life, discord its shadow; whence springs suffering, the teacher, the awakener of consciousness." [Blavatsky's Gem of the Day]