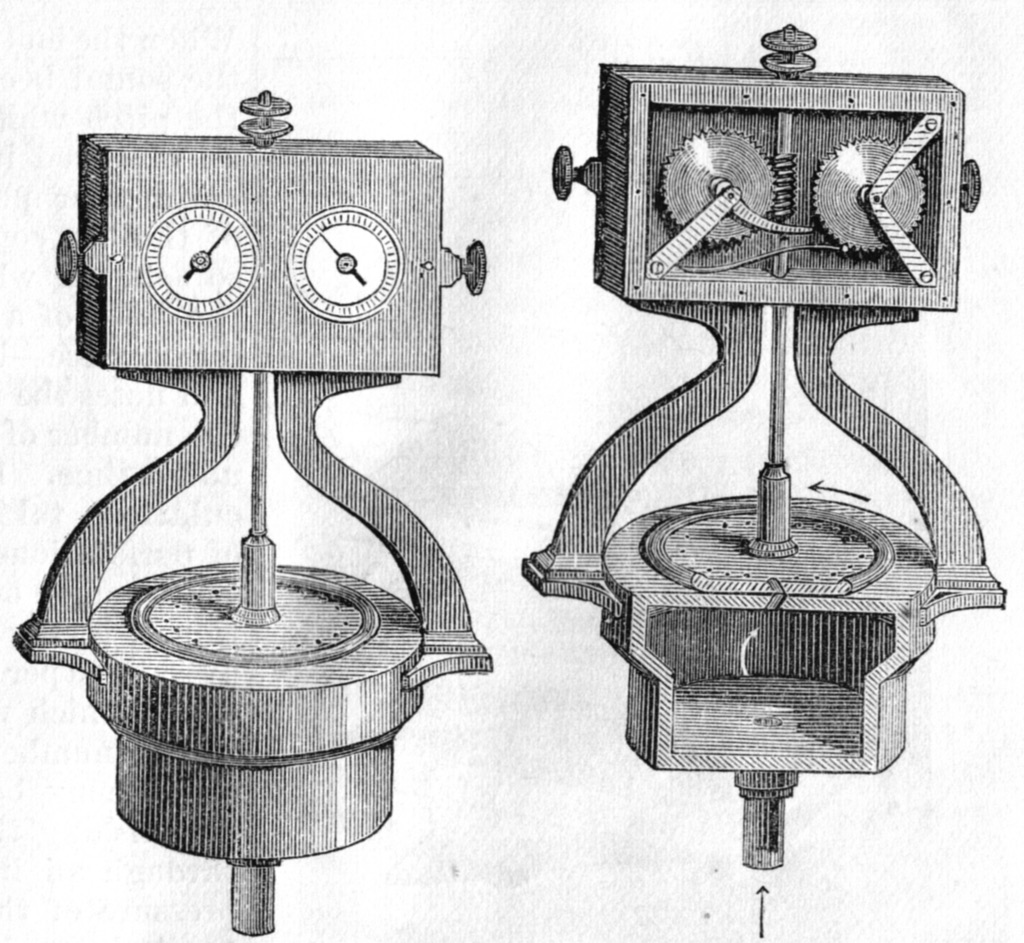 (click to enlarge) Also called syren. A siren is a loud noise making device. Some time before 1799, the first siren was invented by the Scottish natural philosopher (physicist) John Robison. Robison's sirens were used as musical instruments; specifically, they powered some of the pipes in an organ. Robison's siren consisted of a stopcock that opened and closed a pneumatic tube. The stopcock was apparently driven by the rotation of a wheel.

In 1819 an improved siren was invented and named by Baron Charles Cagniard de la Tour. De la Tour's siren consisted of two perforated disks that were mounted coaxially at the outlet of a pneumatic tube. One disk was stationary, while the other disk rotated. The rotating disk periodically interrupted the flow of air through the fixed disk, producing a tone. De la Tour's siren could produce sound under water, suggesting a link with the sirens of Greek mythology; hence the name of the instrument. Wikipedia, Siren