Contracting to or expanding away from a center; vortex. 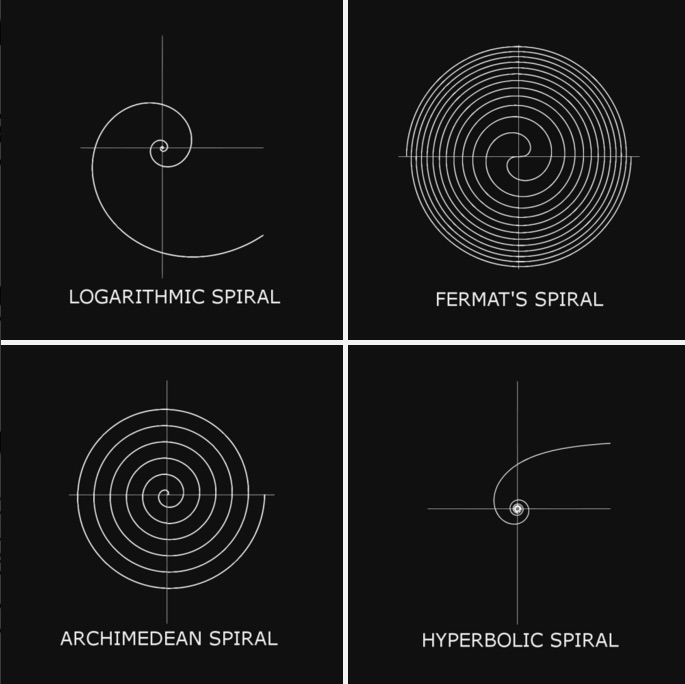 Russell
"If you will study the corner reflectors of radar, as shown in figures 62-63, and their relation to ring projections from inert gases, and observe their spiral formation, as shown in Fig. 64, you will better comprehend the wave, which controls the construction of all matter." [Atomic Suicide, page 273-274]

Schauberger
The motion of a free-falling water-droplet is characterised by the 'cycloid-space-curve', which the droplet describes as it falls. To describe this form of motion, which gives rise to the metaphysical preconditions for life, in greater detail, which one or two doctors have called the 'life-creating curve', would take too long here. It is therefore here only to be noted that the horizontal emission of dynagens is associated with a spiral configuration of curves, whose transverse radius of action broadens down the longitudinal fall-path. [The Energy Evolution - Harnessing Free Energy from Nature, The Ennoblement of Water]

Ramsay
There are joinings, however, though at a wilder limit. The system of music is not a spiral line. The minor scale is developed from the major by the law of Duality; and when this is done, D26 2/3, the root of the subdominant minor, is so near to D27, the top of the dominant major, that one note may be made to serve for both; and this joins the one extreme of the major and minor systems in this note D, which has thus duality in itself. The only other place where the dual system of major and minor stands open is at the other extreme of the two modes, between B, the top of the dominant minor, and F the root of the subdominant major; and these unjoined ends reach away till at three fifths below F, namely A♭, and at three fifths above [Scientific Basis and Build of Music, page 38]

The reason why there are 13 mathematical scales is that G♭ and F# are written separately as two scales, although the one is only a comma and the apotome minor higher than the other, while in the regular succession of scales the one is always 5 notes higher than the other; so this G♭ is an anomaly among scales, unless viewed as the first of a second cycle of keys, which it really is; and all the notes of all the scales of this second cycle are equally a comma and the apotome higher than the notes of the first cycle; and when followed out we find that a third cycle is raised just as much higher than the second as the second is higher than the first; and what is true of these majors may be simply repeated as to the D# and E♭ of the minors, and the new cycle so begun, and all successive minor cycles. Twelve and not thirteen is the natural number for the mathematical scales, which go on in a spiral line, as truly as for the tempered scales, which close as a circle at this point. [Scientific Basis and Build of Music, page 89]

Hughes
In the diagrams the circles are not drawn as interlacing into each other, from the difficulty of representing them accurately as rising spirally in geometric progression. If we endeavour to realise the development of harmonies, both in geometric order, and at the same time advancing and retiring, as in musical clef, we must imagine a musician having the physical power of striking all the notes on a circular keyed instrument of seven octaves, linked to a lower series of seven octaves, and a corresponding series of seven higher. But in fact the depth of the lower series, and the height of the higher, are alike unfathomable to our present powers. C, the first note of the seven octaves, sounds the four lowest tones, F, G, A, B of the lower series; and B, the last and highest note of the seven octaves, sounds in its harmony C♮ and D# of the higher series of sevens. [Harmonies of Tones and Colours, The Method of Development or Creation of Harmonies3, page 17]