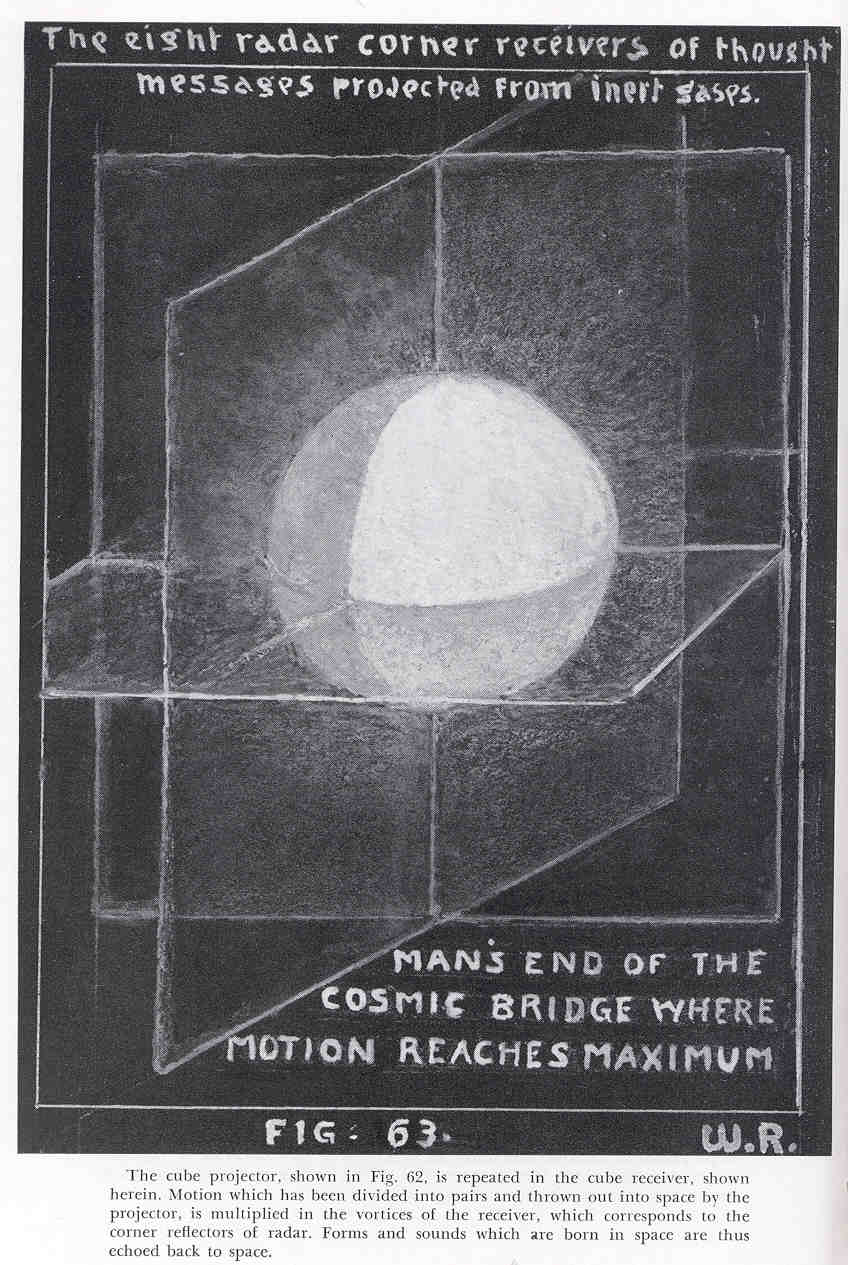 Man's end of the
Cosmic Bridge where
Motion reaches maximum.

The cube projector, shown in Fig. 62, is repeated in the cube receiver, shown herein. Motion which has been divided into pairs and thrown out into space by the projector, is multiplied in the vortices of the receiver, which corresponds to the corner reflectors of radar. Forms and sounds which are born in space are thus echoed back into space.