This bridge is the distance/span between scalar potential (God, Mind) and matter. How does the undisturbed equilibrium of the scalar potential become disturbed into kinetic motion? What is the connecting link between these two realms? What is it that connects the non-newtonian quantum world to the newtonian physical world?


"For music alone may span the space from the realms of the divine to the spheres of activity." [Cayce (3509-1)]

"For remember, music alone may span the space between finite and infinite." [Cayce (3659-1)]

"Music is a means or a manner of expressing harmonies of an individual in relationship to spiritual ideals and spiritual concepts." [Cayce 949-13]

"(Q) Would I do well to continue with my music? (A) It is that which spans the distance between the sublime and the ridiculous, between the finite and the infinite. Keep the music, for it is often a help to you to quell the storms of life." [Cayce 3179-1] 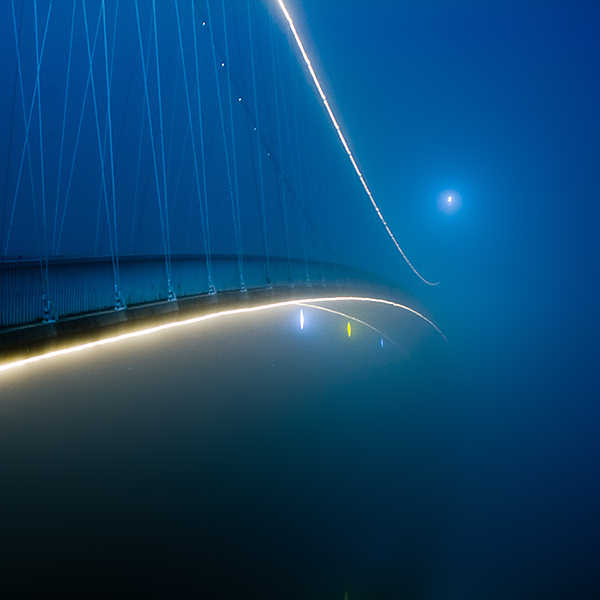 
Keely
"Keely stood, fourteen years ago, on the wrong side of the abyss which separates conjecture from fact. "The bridge of mist" he writes, "which spanned the chasm between the two is gradually resolving itself into one of granite, which the nations of the earth may safely traverse, stretching between the two centers; the celestial and terrestrial. The visible one is the one of mist: the invisible one is the one of granite." [from Keely and His Discoveries]

Russell
"Long, long ages pass before that bridge, which reaches out to him from its dark, becomes illumined with its own Magnetic Light of Mind-knowing, which then comes to him as inspiration. Even then man may still not know that God is actually talking to him in God's language of Light." [Atomic Suicide, page 241]

The outcome of this incessant reciprocal activity on the one hand is the reconstitution of the various kinds of water present in the individual zones, and on the other, the constant transformation of the species of vegetation in which water makes its way, ceaselessly moved by this inner interplay of forces. This inner, energetic interaction, however, is opposed by the effect of the water's weight. The alternating magnitudes of these component forces inevitably lead to the constant rising and falling of the water particles - the so-called pulsation of water. Every new formation and all growth is derived from the smallest beginnings. Continuing development in the early stages can only be accomplished if the circulation in the Earth's interior proceeds correctly. According to inner law, every higher form of vegetation is built up from the lower species preceding it. The carrier of the substances and the transmitter of the life-processes in the root-zone is the groundwater. The impulse for its movement is caused by a drop in temperature, to which the inner metabolic processes of the here decisive groups of basic elements give rise. The impulse for the movement of water is thus a product of the interactions between the opposites contained within it, which find their necessary resistance in the water itself. Through the resistance arising from the interactions between carbone and oxygen, fluctuations in temperature again occur and with them the impulse to move - the pulsation of water, which in this way at times dissolves salts and at others deposits them, transports them, creates energies and transforms them. The sense and purpose of these perpetual transformation processes is the creation and maintenance of the various types of vegetation and physical forms, which on their part again represent the bridges for the build-up and maintenance of the energies. [The Energy Evolution - Harnessing Free Energy from Nature, Conclusions]

Christ Returns - Speaks His Truth
"Fifthly, I have come expressly to help science bridge the gulf between UNIVERSAL CONSCIOUSNESS and the appearance of electrical particles. Without this bridge between the Unseen Spiritual Dimension and the Seen world of 'matter', science will remain rooted in old ideas and concepts instead of moving forward into new realms of spiritual/scientific research for the betterment of mankind." [Christ Returns - Speaks His Truth, Letter 5]

Quimby
“Mind cannot exist of itself but is dependent for its life on wisdom. It is everything that holds that middle place between tangible matter and an eternal truth. It is that part of us that can be changed, not that part that changes by decay as wood for example, but that part that is changed by the direct influence of a superior power. For instance, when one experiences a shock of pleasure or pain the condition of the system changes from the effect of it and that, that is changed is called mind.” [Phineas Parkhurst Quimby]
Article: Where Do I Differ, Etc.
Printed Page: 621
Kindle Location: 21125