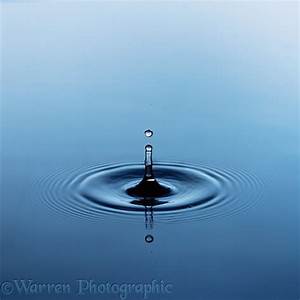 "Unstable equilibrium, like gravity, is a condition born in each neutral center at the time of birth, and thus designed by the Architect as the connective link between the "dispersing positive" and the "attractive negative." The action inducing this "link" I call "sympathetic planetary oscillation".

"The enharmonic portion of the electric current carries the power of propulsion that induces disturbance of negative equilibrium.

"In his [Keely's] experiments of aqueous disintegration disturbance of equilibrium was brought about by using mediums of differential gravity in the disintegrator, air as one, water as the other." Snell Manuscript

"Disturbance of equilibrium is the prime mover, aggregator and disperser of all forces that exist in nature. The force of the mind on matter is a grand illustration of the power of the finer over the crude, of the etheric over the molecular. If the differential forces of the brain could become equated, eternal perpetuity would be the result. Under such a condition the physical would remain free of disintegration or decomposition.

"But the law, laid out by the Great Master, which governs the disturbance of equilibrium, making the crude forms of matter, subservient to the finer or higher forms, forbidding anything molecular or terrestrial to assimilate with the high etheric, the law that has fixed the planets in their places, is an unknown law to the finite mind, comprehended only by the Infinite One." [True Science]

"Disturbance of equilibrium and sympathetic equation constitute the dual power that governs all the varied forms of life and motion which exist terrestrially, of which the electric or magnetic is the prime mover and regulator. All electrical action, no matter of what character, has its sympathetic birth by the intervention of that current of the triune flow, which I call the dominant, with the Polar harmonic current; all sympathetic flows being composed of three currents." [Vibratory Physics - The Connecting Link between Mind and Matter]

"The problem of the origin of life would become a matter of easy analysis, writes Keely, if the properties governing the different orders of matter could be understood in their different evolutions. Disturbance of equilibrium is the prime mover is a grand illustration of the power of the finer over the crude, of the etheric over the molecular. If the differential force of the brain could become equated, eternal perpetuity would be the result. Under such a condition the physical would remain free of disintegration or decomposition. But the law, laid out by the Great Master, which governs the disturbance of equilibrium, making the crude forms of matter subservient to the finer or higher forms, forbidding anything molecular or terrestrial to assimilate with the high etheric, the law that has fixed the planets in their places, is an unknown law to the finite mind, comprehended only by the Infinite One." [More Science]

"Keely has discovered and was the first to demonstrate that electricity has never been handled; that it is not merely a force or a form of energy, - that it is matter; and that what we call electricity, and have diverted for commercial use in electric lighting, is but one of the triune currents, harmonic, enharmonic, and diatonic, which are united in pure electricity; that the enharmonic current seems to be sympathetically and mysteriously associated with the dominant current; and that the dominant current can no more be brought under control than can the lightning itself. The diversion of the dominant current would mean destruction to any mechanical medium used for that purpose, and death to the operator. The intense heat evolved by the electric stream Keely attributes to the velocity of the triple subdivision at the point of dispersion, as each triple seeks its medium of affinity. Sudden unition induces the same effect; but demonstration shows that the concentration of this triple force is as free of percussion as is the breath of an infant against the atmosphere; for the three currents flow together as in one stream, in the mildest sympathetic way, while their discharge after concentration is, in comparison to their accumulation, as the tornado's force to the waft of the butterfly's wing. The enharmonic current of this triple stream, Keely thinks, carries with it the power of propulsion that induces disturbance of negative equilibrium; which disturbance is essential to the co-ordination of its flow, in completing the triune stream of electricity. When this fluid is discharged from the clouds, each triplet or third seeks its terrestrial concordant, there to remain until that supreme law which governs disturbance of equilibrium again induces sympathetic concordant concentration, continuing to pass through its evolutions, positively and negatively, until the solar forces are expended." [Keelys Contributions to Science]

Figure 9.9 - Wave Disturbance from 0 Center to 0 Center
(courtesy University of Science and Philosophy)
(click to enlarge)


"The system of arranging introductory etheric impulses by compound chords set by differential harmonies is one that the world of science has never recognized. Beyond disintegration lies dispersion, and it is as easy to disperse as to disintegrate."

His first system requires introductory mediums of differential gravities air as one, and water as the other, to disturb equilibrium and liberate the etheric vapor. This subdivision only reaches the interatomic position and the "atomic and molecular leads" were submerged in the Generator he then used. He could not go beyond the atomic with his instrument and could not dispense with water until the Liberator was invented. In his first system he did not reach full maximum line of vibration. His first system embraced Generator, Engine and Gun.

His second system he considered complete as far as liberation of the ether is concerned but was not perfected so as to assure safety to the operator. His sundry devices for indicating and governing the vibratory etheric circuit also left much to be desired.

His third system embraced aerial and submarine navigation. He was then completing an experimental sphere intended to test the combination of the positive and negative in rotary action. [DISINTEGRATION OF MATTER - THREE SYSTEMS]

Gustave Le Bon
"All of the foregoing phenomena observed with the electric fluid as with the material fluids are the result of the disturbance of equilibrium of a fluid which obeys certain laws in regaining its equilibrium. Disturbances of equilibrium producing electric phenomena manifest themselves whenever by any means - friction, for instance - a separation is made between the two elements positive and negative, of which the electric fluid is supposed to be formed. The re-establishment of the equilibrium is characterized by the recombination of these two elements." [Gustave Le Bon, The Evolution of Matter, page 217-218]

Russell
"To better understand this take the cobalt out entirely. Only the zero of equilibrium is now there. Now turn on the current and you immediately divide that equilibrium, balanced zero into four opposite and equal pairs, all of which units are in perfect balance with their mates. The cathode is also in the exact middle instead of being off-center. That is the way Nature creates atoms. Cobalt is an unbalanced unit of a pair. It cannot be divided into equal pairs when used as a cathode." [Atomic Suicide, page 276]