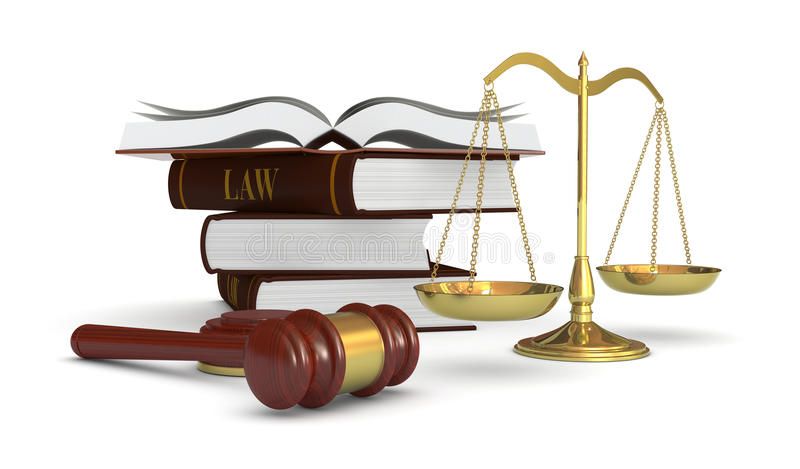 
A state of equilibrium, equation or symmetry.
Harmonious arrangement or relation of parts or elements within a whole system.

Keely
"Disturbance of equilibrium" (unbalance) and "sympathetic equation" (rebalance) are the dual powers by means of which all forms of motion and of terrestrial life are governed. These two dual forces are in turn moved and regulated by electricity and magnetism." [Keely, see Sympathetic Stream, Law of Assimilation, Rhythmic Balanced Interchange]


Russell
"Great art is simple. My universe is great art, for it is simple.

"My universe is one in which many things have majestic measure; and again another many have measure too fine for sensing.

"Yet I have not one law for majestic things, and another law for things which are beyond the sensing.

"I have but one law for all My opposed pairs of creating things; and that law needs but one word to spell it out, so hear Me when I sat that the one word of My one law is

And if man needs two words to aid him in his knowing of the workings of that law, those two words are

If man still needs more words to aid his knowing of My one law, give to him another one, and let those three words be

"Once again I must talk to you as simply as though you were small children, for any thinking which is new MUST be presented simply. I want to tell you how bodies are made and balanced with all other bodies - how God makes them and you make them, - but if I just tell you that all bodies are electric wave vibrations packed close together to make solids and spread farther and farther apart to make liquids and gases I will be stating a truth — but you will not know specifically what I mean.
You will but get a general, vague idea of it unless I tell you the way you teach your children to read by starting in with lettered blocks. Vague general understanding is not sufficient. You must know specifically how bodies are made and kept in balance, and their every other function kept in balance, for mankind is ever walking a tightrope and depending absolutely upon his balancing extensions, and it is so easy to crash by loss of balance.
The trouble with life is that all of us are continually losing our balance in hundreds of little things which almost pass unnoticed, but it is their sum total which gages both our safety and our progress. You must know specifically how bodies are made and balanced by equators and Gods watchful eyes in the magnetic poles of all bodies, whether they be uncreated thought bodies or physically created material bodies — because that is all you are doing all of your life. What you ARE - and what you CREATE - depends upon what you KNOW.
Ignorance never gets you far. Mankind knows less about creating bodies and balancing them, the life principle, self - energizing or self - vitalizing than any other subject. Man knows how to use the energy for his machines expressed by falling waters — but has very little knowledge of how to use the ene rgy of the universal heartbeat to vitalize and balance his own body, and the bodies he is forever creating with his thinking." [Walter Russell]

WEIGHT IS MATTER OUT OF PLACE


All matter is a record of its potential at the place of its birth in its wave. Masses of matter, like buoys floating in the ocean to mark courses for ships, are floating in space to register the electric potential of the position of their birth.

Whenever matter is in the place of its birth, it belongs there. It is, therefore, in balance. It floats in its balanced field. In that position it is weightless in respect to anything else in the universe. Whenever it is taken from its field center, or becomes an eccentric part of another field, it is out of balance with the two forces acting upon it. It then has weight, and the measure of that weight is the measure of its unbalance with its out-of-place environment.

Weight of matter and measure of electric potential are one and the same thing. [Walter Russell, The Secret of Light, pages 181-182]

OUR BALANCED EARTH IS WEIGHTLESS

The moon is not falling upon the earth, as generally supposed, for it is in balance with its environment and cannot fall. Its contracted mass is equal to the expanded mass it displaces in its wave field.

For the same reason a cloud floats in the sky. If one could put scales under it, one would find it had no weight unless lifted above or thrust below its equipotential level. If it condensed into heavier vapor, it would fall to seek a new static equator where it would again float. If it condensed to rain, it would fall into the sea to find balance in a like condition.

Weight is not a fixed property of matter. It is as variable as matter is variable.

A man weighs less as he climbs a mountain, weighs more as he descends into a mine, and weighs nothing when he floats in water.

Unless, and until, matter is extended from a plane of equal pressure, there can be no weight, nor can there be electric potential. [Walter Russell, The Secret of Light, pages 183-184]

"Truth is simple. Balance is simple. Rhythmic balanced interchange between all pairs of opposite expressions in Natural phenomena, and in human relations, is the consummate art of God's universe of Light. It is also the Law. In this one fundamental Universal Law lies the balanced continuity of all creative expression in God's electric wave universe of two conditioned lights in seeming motion which record God's One Whole Idea of Creation into countless seemingly separate parts of that Whole Idea.
Great art is simple. My universe is great art, for it is simple. "Great art is balanced. My universe is consummate art, for it is balanced simplicity. Yet I have not one law for the majestic things, and another for law for things which are beyond the sensing.
I have but one law for all My opposed pairs of creating things; and that law needs but one word to spell it out, so hear Me when I say that the one word of My one law is BALANCE. And if man needs two words to aid him in his knowing of the workings of that law, those two words are BALANCED INTERCHANGE. If man still needs more words to aid his knowing of My one law, give him another one, and let those three words be RHYTHMIC BALANCED INTERCHANGE." - [Walter Russell, The Message of The Divine Iliad]

Ramsay
being also the center of the diatonic triplet, B, D, F, which is the diatonic germ of the chromatic system. Four minor thirds upward or downward from C# we have a second chromatic chord, its central note being G. The dual1 of C# is E♭; and there is the same order of keys on the keyboard2 below C# as there is above E♭. Four minor thirds from E♭ upward or downward forms a third chromatic chord, the central note of which is A. The dual A, the center of the third chromatic, is G, the center of the second; and these two notes, by their duality, and by the duality of the two chords throughout, balance each other exactly on the keyboard on either side of the first chromatic chord, which contains all its own duals, and by this self-duality sits in the center, like the tonic chord among the diatonic three. [Scientific Basis and Build of Music, page 57]

"Dividing the octave into twelve semitones is a near approach to the mathematical quantities, and this saves the musical artist from errors in tone - at least to any extent; but it does not save from errors in judgment. In the case of G#, for example, not one of the reasons given for the use of the sharp seventh in the minor scale is a correct one. A touch of nature makes the world akin, and a touch of the Law of Duality balances everything in music." [Scientific Basis and Build of Music, page 99]

Hughes
The inequality of the equinoctial points is a well-known fact. It will be seen how apparent this is in the developments of harmonies. From the moment that trinities depart from unity, the balance is unequal, and the repeated endeavours after closer union cause a perpetual restlessness. May not this want of equilibrium be the life or motive power of the entire universe, with its continuous struggle after concord, even to oneness? "Closer and closer union is the soul of perfect harmony." In tracing harmonies of tones and colours, the double tones of keyed instruments will be seen to correspond with the intermediate tints and shades of colours. The twelve notes, scales, and chords in the major and minor series, the meetings by fifths, &c., all agree so exactly in their mode of development, that if a piece of music is written correctly in colours with the intermediate tints and shades, the experienced musician can, as a rule, detect errors more quickly and surely with the eye than the ear, and the correct eye, even of a non-musical person, may detect technical errors. Although the arithmetical relation has been most useful in gaining the laws, it is not here entered upon; but numbers equally meet all the intricacies both of tones and colours. The bass notes have been omitted, in order to simplify the scheme. [Harmonies of Tones and Colours, The Arabian System of Music, page 21]

"Thou art Thyself the secret of Thy works;
Thou art the key: Thine image bear they all,
Or more or less. And heaven-born music, as
Thine ordinance in air and ear, and in
The balance of the force elastic, with
The gravitating force that holdeth all,—
Music the statute is, which more than most,
Of all that stands on Nature's statute-book,
Image and superscription—Three in one—
In interlacing monogram doth show of Thee!"
Rev. John Andrew.
[Harmonies of Tones and Colours, Reflections on the Scheme1, page 43]