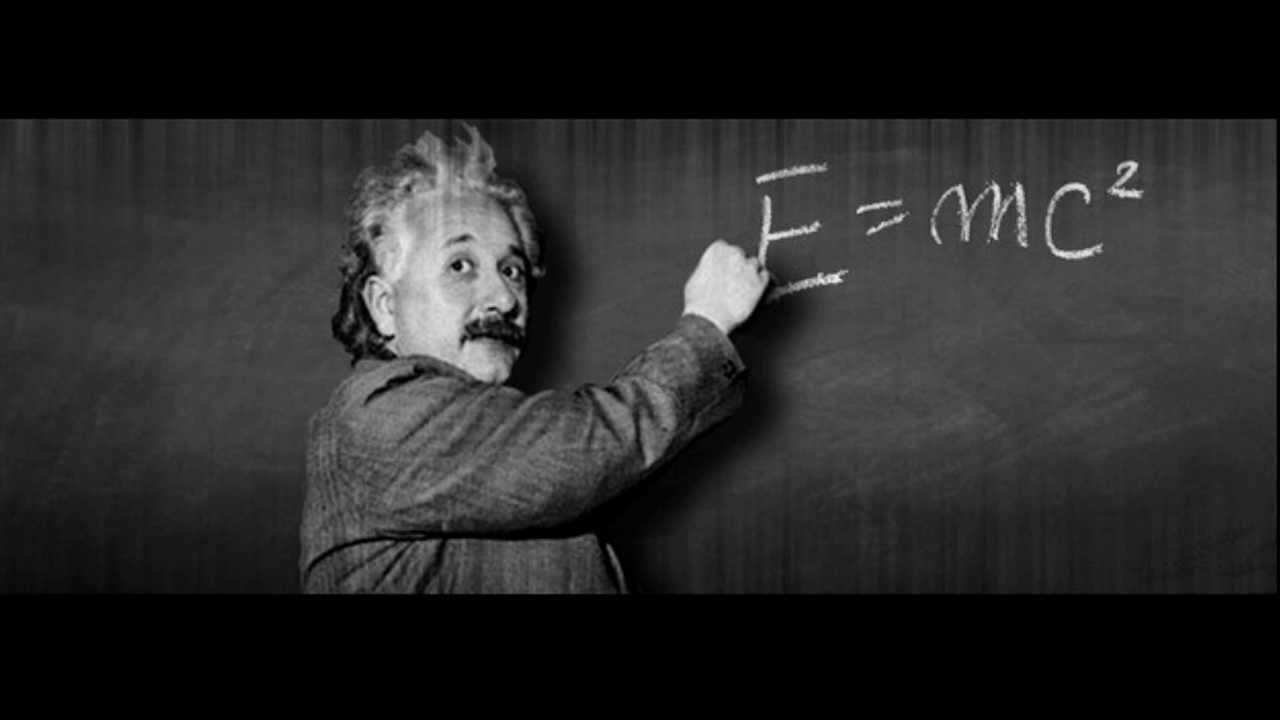 Einstein's famous equation of 1905 describes expansive entropic Energy derived from mass accelerated. It only describes this dispersive energy and mentions nothing about equated syntropic Force. Hence the equation reflects mass accelerated and not the liberation of energy from this balanced condition of a mass.

"There is no dividing of matter and force into two distinct terms, as they both are ONE. FORCE is liberated matter. MATTER is force in bondage." [Keely, 1893]

"Matter is bound up energy and energy is liberated matter." [Keely, 1893]

"All forms of matter and of motion are thus interrelated and interchangeable." [Keely, Mass Action, Snell Manuscript - the book]

Did Einstein Discover e=mc^2?
Where does E equals mc2 come from?

Russell
"This eternal fact of Nature has always stared man in the face very conspicuously, without having been seen. Even so great a thinker and observer as Albert Einstein passed it by when he wrote his equation of 1905, which states that fast motion multiplies electric potential. That fact of Nature is true, but as it is equally true that fast motion divides potential his whole equation is invalid as a law, for a half truth which voids itself cannot become an eternal law." [Atomic Suicide, page 21]

"One half of His Law of Love has been fulfilled. Up to that point The Einstein Equation of 1905 fits perfectly. It fully accounts for the mathematics of life, but not for death. The other half of the Law of Love must now be fulfilled. That which has been given must be equally regiven." [Atomic Suicide, page 36]

"The Einstein Equation properly defined this principle by the words which say that fast motion multiplies electric potential, but that principle has not been applied to the mechanics of coil making. For that reason the loops of force which cylindrical coils create, are not focused as they would be if they followed the crystalline shape of the balanced electric current as shown in Fig. 70." [Atomic Suicide, page 273]

Schauberger
Accordingly we have to learn the lesson from both extremes and balance out both forms of motion and acceleration in such a way that in accordance with the well-known equation F = ma, the desired force F in the form of a predominantly magnetic ion constantly possesses enough levitational superiority to ensure that natural increase and qualitative improvement can keep pace with the unavoidable increase in the population. That is to say, the standard of living must be regulated through the use of higher-grade (quality-increasing) retro-influent dynagens, which come into being when bipolar threshold masses are centripetated in accordance with the equation E=mc2. In other words, when they are accelerated by radially->axially in-winding forces to a speed exceeding that of sound under the simultaneous effect of a falling temperature gradient, i.e. accelerated along the longitudinal axis above their boundary velocities. This gives rise to the higher-grade factors of temperature, light and energy out of which upwardly streaming magnetism springs forth from the spiritual embryos, the vitamin-molecules mentioned at the beginning. These are suspended in a delicately balanced state of equilibrium in the media of air and water and await the naturalesque motive impulse in order, as refined subtle matter, to transform themselves into formative, multiplying and ennobling retro-influent energies. This will signify the end of the present shortages of food, raw material, germinating substances and fuels, and instead of capitalism and bolshevism a true socialism will arise about which Christ preached 2,000 years ago, who taught of the transformation of matter into spirit with the aid of the above form of motion. [The Energy Evolution - Harnessing Free Energy from Nature, Magnetism - Electricism]

In SVP mass is considered to be Force and Energy balanced in a Latent state or simply Latent Force. All mass contains Latent Force that can be liberated or released. This balanced state or condition can be destabilized or unbalanced thus releasing or liberating its bound up forces manifesting as radiant or dispersive energies. [See Disturbance of Equilibrium]