Resistance, Electrical Resistance in DC circuits is equivalent to Impedance in AC circuits. (see 12.31 - Heat Generated Through Resistance to Compression for complex expose)

Interference to coincident action. Non-sympathetic transmission. It is quite clear the concepts of resistance in the writings of Keely and Russell are more akin to AC Impedance than DC Resistance (as commonly understood). 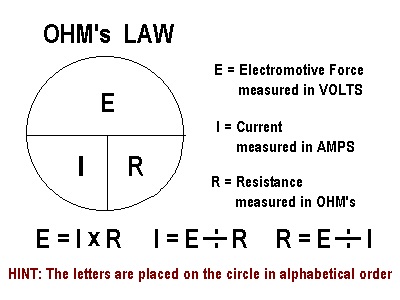 "Electric energy is transmitted through homogeneous bodies with a completeness in direct proportion as the atoms are more or less perfect harmonics of the electric pitch, but not at all through substances whose atoms are discordant to the electric pitch; also through molecular substances, when their resultant notes are harmonics of the electric pitch, - the transmissions being inversely as the temperature, directly as the density diminished in proportion to the amount of crystallization, and inversely as the cube of the dyne, also directly as the reciprocal of the local magnetic intensity." [Keely, 1893 - See also Part 12 - Russells Locked Potentials, Stoichiometry, Curies Law, Paschens Law, Superconductivity, Resistance, Ohms Law]

Law of Vibrating Atomolic Substances "Atoms are capable of vibrating within themselves at a pitch inversely as the Dyne (the local coefficient of Gravity), and as the atomic volume, directly as the Atomic weight, producing the creative force (Electricity), whose transmissive force is propagated through atomolic solids, liquids, and gases, producing induction and the static effect of magnetism upon other atoms of attraction or repulsion, according to the Law of Harmonic Attraction and Repulsion.

Scholium: The phenomenon of Dynamic Electricity through a metallic conductor and of induction are identical. In a metallic conductor, the transmission is from atom to atom, through homologous interstices, filled with ether, presenting small areas in close proximity. In crystalline structures, heat, which expands the atoms, by twisting them produces striae, increases the resistance, etc. Between parallel wires and through air the induction takes place from large areas through a rarefied medium composed of a mixture of substances, whose atoms are separated by waves of repulsion of various pitches, discordant to electric vibrations; the said atoms sympathetically absorb the vibrations and dissipate from themselves, as centers, concentric waves of electric energy which produces heat and gravism." [Keely, 1893]

Law of Variation of Atomic Oscillation by Electricity

Russell
It is an expression of the power of electricity to accumulate by induction and, by so doing, to force magnetism to increase its resistance to that accumulation.

It is the inductive force. [See Cohesion]

It is the desire within the electric force of action to integrate into the appearance of form.