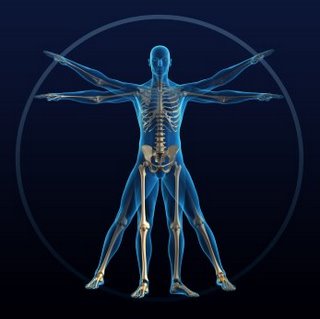 Human Body is a Trinity of Forces
(click to enlarge)

Keely
"The physical organism (through the medium of celestial radiation) is a trinity, both in regard to its visible form and the invisible sympathetic streams which govern it, in its individual and combined movements. The visible includes the molecular, the atomic and interatomic in combination; while the invisible, or spiritual, includes the etheric, interetheric and luminous in combination, each of which is essential to the proper completion of the combined action, comprising as it does every minute law governing the celestial and terrestrial universe." [Keely, Newton of the Mind]

"Energy is a sympathetic condition inherent in all forms of aggregated matter, visible and invisible. It is ever present, in its latent condition, and is aroused by the sympathetic disturbers of its equilibrium. By this conservation it becomes transferable. The sympathetic correlation of will force in the cerebral convolutionary centres transfers its energy to the physical organism." [Vibratory Physics - The Connecting Link between Mind and Matter]

Dialogue on Awakening
Your body is a tool of communication. One of the things it communicates most visibly is the choices you make in your mind. You see, for this to be otherwise, it would put your body in the driver's seat, in the position of control. The body, being of physical form, does not possess the infinite qualities that would be there if it were a creation of God. The essence of you is the Creation of God, the complete and undiluted expression of the Mind of God, and this is absolutely indestructible!" [Dialogue on Awakening, page 188-191]

"The body is an accommodation to the experience (you choose to have)." [Dialogue on Awakening, page 193]

"In the care of self, selflessness is great. But be more mindful of the little niceties about self and you will find a pride in self - not a false pride. But as nature manifested in its Maker, it does the best it can with what it has and looks the most beautiful with what it has to do with. Thy body, too, is indeed the temple of the living God. Keep it beautiful. Be mindful of the care of same, and you - too - will think more of it. So will there be more of the abilities to be conscious of His presence meeting with thee in thy temple; forget it not." [Cayce (3179-1)]

"There is the necessity that the physical body be in as perfect accord with the Creative and Universal Forces as is possible, but "Thy will be done in me as Thou seest I have need of in the present. Let me bear in my body those conditions, circumstances, physical and mental, that will bring me wholly closer to an understanding of the purposes for which I came into being; without censure to anyone, without censure to myself, but use me as Thou seest fit!" [Cayce (5640-3)]

Q. State in detail what kind and amount of exercise the body should take?
A. "As much outdoor exercise as is possible, always, for the body. A sufficient amount of mental exercise to keep an even keel or balance with that of the physical body; for the body nominally is an active body, mentally and physically, and in the manner as will make the body physically tired; so may the body be made mentally tired. These are the even keel for this body, particularly. Walking, riding, any outdoor exercise good." [Cayce (202-4)]

"For the physical organism is constructed in such a way and manner that if the balance is kept in the diet, in the normal activity, the mental forces replenished through an activity sufficient to keep the body in its normal balance, the body should readjust itself, re-facilitate itself; making for not only resuscitation and revivifying of the necessary influences but carrying on and reproducing itself in EVERY influence necessary for keeping a balance." [Cayce 1040-1]

Nikola Tesla
Everyone should consider his/her body as a priceless gift from one whom he loves above all, a marvelous work of art, of indescribable beauty, and mystery beyond human conception, and so delicate that a word, a breath, a look, nay, a thought may injure it. [Nikola Tesla]

Click to enlarge
Figure 1.9 - Keely's Molecular Morphology
Showing the nested levels of non-observable quantum entities within observable atomic and molecular structures. This illustrates how matter is a nested or fractal construct on many levels or dimensions simultaneously.

Ionic Recombination
Now, the fascinating aspect of all this is that synthesis of the higher elements is rather hard, owing to the non-existence of stable elements with atomic weights A = 5 or A = 8. This makes it hard to build up heavy nuclei by collisions of 1H, 2D, 3He and 4He nuclei. The only reason that heavier elements are produced at all is the reaction

A three-body process like this will only proceed at a reasonable rate if the cross-section for the process is resonant: i.e. if there is an excited energy level of the carbon nucleus that matches the typical energy of three alpha particles in a stellar interior. The lack of such a level would lead to negligible production of heavy elements - and no carbon-based life. Using these arguments, Hoyle made a breathtaking leap of the imagination to predict that carbon would display such a resonance, which was duly found to be the case (Hoyle et al. 1953). Three Body Recombination

"Again, the body is nothing more or less than a projection into form of a thought. It is the thought that is the source of the body, the cause of the body. The body is literally nothing in and of itself. What seems to give the body life, importance, and specialness is our belief in it, our thought. It is our belief in the ego that very quickly translates into belief in the body, giving it specialness, importance, and the reality we think it has. The body literally does nothing but carry out the dictates, the orders, and the commands of the mind. Once the body is made by the ego, as the Course explains, it becomes neutral (W-pII.294). The body then can serve the ongoing purpose of the ego, which is to prove that the separation from God is real, that specialness is real, that the dream of life outside Heaven is reality, and that Heaven - which is the true reality - is only a dream. That is the ongoing purpose of the ego. That is why it was "born." That is why the world was made; that is why the body specifically was made; and that is what keeps it going.

"As minds, the commitment we all have is to the ego's goal of perpetuating the illusion or the lie that the separate existence we seem to have is true. We speak of the body as being neutral once it is made, because there is another Voice other than the ego's voice, the Voice of the Holy Spirit. That Voice has as its goal to help us look at the ego's system and recognize it is illusory, to see the ego for what it is: one huge lie. And it is seeing that lie and labeling it as such that helps us finally get out from under its domination, which really is our domination of ourselves. At that point the thought system of the ego loses its power, we withdraw our belief in it, and eventually, as the Course says of the world, it disappears back into the nothingness from which it came (M-13.1:1-2; C-4.4). At that point we awaken from the dream, the dream is over, and we are back in the Home we never left."

Walter Russell
"Likewise the body of man does not live, and having never lived it cannot die. The spirit alone lives. The body but manifests the spirit. That which we think of as life in the spirit of man manifests itself by willing the body to act. Actions thus made by the body under the command of the centering Soul have no motivative power or intelligence in themselves; they are but machines motivated by an omniscient and omnipotent intelligence extended to them." [Walter Russell, The Secret of Light, page 7, 1994 edition]

"Electricity is the force used by the Creator to create bodies. Bodies are electrical disturbances in a vacuum. Electricity causes those disturbances." [Atomic Suicide, page 149]

"Your electrically compressed body is a receiving station for reborning the dying sound, just as a cliffside is a receiving station for reborning the sound as an echo. An electronic tube, and a cliffside, are alike in this respect. That also means that all matter is but thought-recordings, for all matter is electric motion. It necessarily follows that your body is but an electric thought-record of your Mind-thinking, which is operating within the Cosmic vacuum tube just as long as you can keep it electrically vitalized sufficiently to create the image of you which your thinking is making." [Atomic Suicide, page 151]

"That omnipresent point from which you have issued your body, is the same point at which the visible, mortal you becomes invisible and again assumes immortality. That one point in all this universe, controls your every movement from your first one many millions of years ago, to the last one which consummates the idea of man as expressed by you. That one point is your Soul of the universal Soul. It is your Mind of the Universal Mind, as one unit of Creation. You are ONE with that Mind - in fact you are that Mind. Your body is the thinking and imagining of that Mind. The eternal YOU is that center, and your eternal BODY is that series of four rings of fluorescent light which is eternally wrapped around that centering Soul of the eternal YOU. Those four rings are eternal records of you. They are as immortal as you are immortal. They are the micro-film of you yourself." [Atomic Suicide, page 237]

"Your body is a Mind-projection of your Self.'' [Atomic Suicide, page 245]

Christ Returns - Speaks His Truth
"The DIVINE INTENTION of UNIVERSAL CONSCIOUSNESS was to express ITs own wholeness through creation by individualising, in physical form, each of the two equally balanced aspects of ITSELF and then bringing them together again in physical form, to experience the unity and wholeness of DIVINE CONSCIOUSNESS from which they originally took their individuality.

As they come together in love and unity of spirit and body, they discover the joy and ecstasy of UNIVERSAL CONSCIOUSNESS in equilibrium.
(This entire process is clearly set out in Letters 5 and 7.) Therefore, the combination of the masculinity of the man and the femininity of the woman is essential to make a 'whole' drawn from the SOURCE of BEING. Out of this combination is formed a whole child." [Christ Returns - Speaks His Truth, Letter 4, page 17]