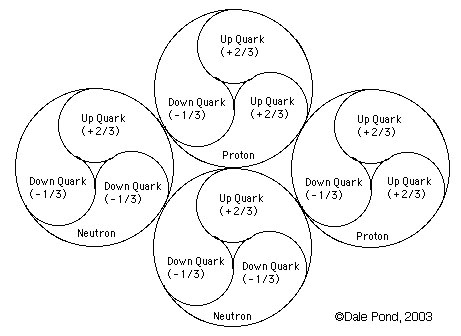 
Alpha particles consist of two protons and two neutrons bound together into a particle identical to a helium nucleus. They are generally produced in the process of alpha decay, but may also be produced in other ways. Alpha particles are named after the first letter in the Greek alphabet, α. The symbol for the alpha particle is α or α2+. Because they are identical to helium nuclei, they are also sometimes written as He2+ or 4 2He2+ indicating a helium ion with a +2 charge (missing its two electrons). If the ion gains electrons from its environment, the alpha particle can be written as a normal (electrically neutral) helium atom 4 2He. Wikipedia, Alpha Particles 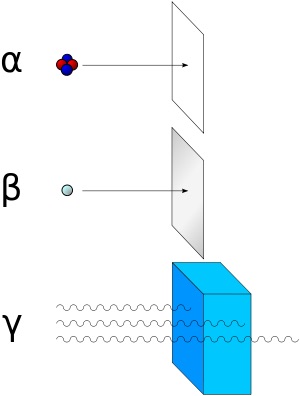 Alpha radiation consists of helium nuclei and is readily stopped by a sheet of paper. Beta radiation, consisting of electrons or positrons, is halted by an aluminum plate. Gamma radiation is dampened by lead.

Russell
"The reverse of this principle applies in depolarizing bodies. Depolarizing bodies on the radioactive half of any cycle project time accumulations from them at tremendous speeds. Helium and other inert gases explode outwardly from tungsten at approximately half the "speed of light" while similar "rays" explode outwardly from radium, actinium, thorium, uranium and uridium at almost the speed of light.