noun: a balance between and interplay of opposing elements or tendencies.
a situation or condition in which opposing influences increase polarity or opposition or the difference between opposing forces.
noun: (physics) a stress that produces an elongation of an elastic physical body.

Keely
Keely writes: "The mathematics of vibratory etheric science, both pure and applied, require long and arduous research. It seems to me that no man's life is sufficient, with the most intense applications, to cover more than the introductory branch. The theory of elliptic functions, the calculus of probabilities, are but as pygmies in comparison to a science which requires the utmost tension of the human mind to grasp." [Snell Manuscript - The Book, page 2]

"All moving bodies of visible matter produce heat as according to their velocity. The flow of gases only induces thermal reduction from molecular friction. By this term it must not be understood that the molecules actually come in contact, and rub against each other. There is no pressure, however great, that can cause molecular contact. The area of the volume of the molecule can be reduced by enormous pressure, and the tension thus brought to bear on their rotating envelopes induces heat. The heat thus induced is a positive proof of the wonderful velocity of the etheric envelope. If the molecules were dead - which is an infinite impossibility - to sympathetic vibration, and without a rotatory envelope if all the pressure possible to conceive were brought to bear upon them, it would not induce the slightest thermal change." [Vibratory Physics - The Connecting Link between Mind and Matter]

Law of Corporeal Oscillations
"All coherent aggregates not isolated from like bodies, oscillate at a period-frequency varying with the tensions that augment and diminish the state of equilibrium." [Keely, 1894]

Law of Pitch of Atomic Oscillation
"Atoms not isolated and in a state of tension between forces that oppose and increase the equilibrium oscillate bodily at a pitch that is a resultant of the Atomic weight, Atomic volume, and tension." [Keely, 1893]

Law of Variation of Atomic Oscillation by Sono-thermism
"Diminishes the tensions directly as the quantity of heat developed, and in antithetical proportion to the harmonics absolved." [Keely, 1893] 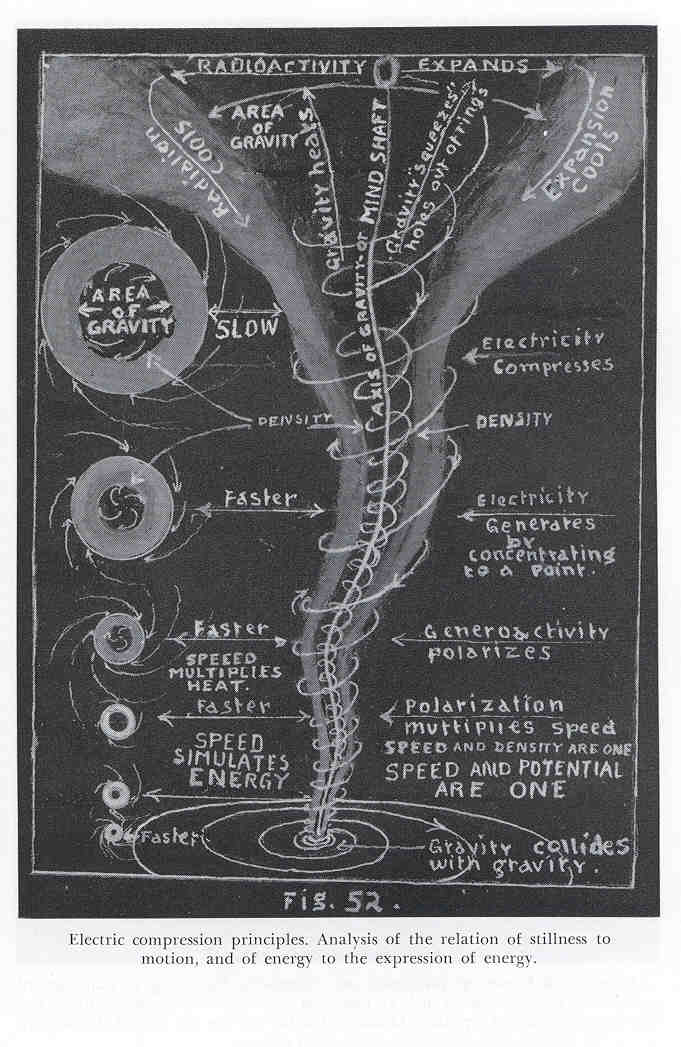 Figure 5.2 - Centers of Swirls are High Tension while Swirl Periphery are Low Tension. (scan courtesy of University of Science & Philosophy) (click to enlarge)

"The senses, being but tension of desire for unity between divided parts, have no existence.

"The senses are electric flux threads of light connecting every particle in the universe with every other particle. [see Quantum Entanglement, Sympathetic Vibration, Connecting Link]

"They are the intercommunicating nerves of the one universal body.

"When strain of desire for balance, rest or unity ceases, sensation ceases.

"In this electric universe, sensation is the strain of resistance to the separation which exists between all separated masses. All matter is one. Separated particles desire to find that oneness." The Secret of Light, page 85-86

"Mother and father reverse their spectrum positions, however. The womb of the mother is on the inside and the father surrounds it by a ring, such as one sees in the Lyra Nebula. One can also see the birth of a new star in the very center of that great black cathode hole which the mother womb is. That is the way that God turns the anodes of His thinking inside out to rest, and outside in to again become anodes. God's process of creating bodies through sex interchange is based upon the sex urge of the divided color spectrum of light to void its color divisions and become the White Light of rest from which its tensions were extended." [Atomic Suicide, page 117]

See Russell's Scale of Locked Potentials for a possible way of scaling tension.

Schauberger
It has become clear to some that the origins of all manifestations of life and motion lie in chemo-physical and electromagnetic causes, which on their part are triggered by plus and minus temperatures.

Will and counterwill are functions of the temperatures that arise for one reason or another. Work is a function of the temperatures that lie above or below the turning point or point of intersection - the anomaly point - in which all life arises (zero point). It is of similar nature to what we experience as the 'present', which is a function of an on-going extremely high velocity flow. This flow is an eternal motion-of-creation, which in turn gives rise to a constant creation-of-motion.[1] Thus we arrive at the fallacy and the explanation of the life that lies between birth and burial, which is the illusion that clothes evolution with reality. Temperature is thus the difference between differences, out of which the ceaseless movement of evolution arises, which is itself the product of tensions resulting from the contrasting directions of movement.

The movement of the planets is mirrored in the movement of earthly bodies and thus the possibility also exists to order the course of such planetary systems by means of a particular physical motion. Conversely, it is also possible to exploit planetary motion to produce physical motion, which will enable us to harness a constantly waxing motive force for our own use. Opposites have their appointed directions of movement and find their expression in the mutual interaction of living and moving matter. [From Schauberger, The Energy Evolution - Harnessing Free Energy from Nature - From Special Edition Mensch und Technik, Vol. 2, 1993, section 3.1]

Both expressions of temperament - and all forms of temperature can be viewed as such - serve for the build-up of tension, charge and potential. On the one hand these give rise to life-affirming dynagen currents, which come into being when naturalesquely fermented fatty-matter, which the chemist calls 'carbons' (sweet matter), consumes (binds) the oxygenes[3] in an allotropic (condensed) state. [The Energy Evolution - Harnessing Free Energy from Nature, Bio-Technology: Active and Reactive Temperatures]

In General
In the same way that it would be impossible, for example, for human beings and animals to reproduce and further develop (increase and qualitatively improve), were Nature not to enforce an interaction between their primary sexual substances through intolerable urge-driven differences in tension, which function reactively, there would likewise be no possibility for the reproduction and further development of plants, minerals and metals, and the physical (active) forms of heat and cold. Today's science is not only founded on a false developmental basis, but also on too low a level of knowledge. It ignores the formative reaction and using combustion processes gives pride of [The Energy Evolution - Harnessing Free Energy from Nature, The Practical Application of Cycloid-Space-Curve-Motion arising from Processes of Cold Oxidation]

What triggers this reaction is the well-known dynamics of the sexual urge, which re-establishes equilibrium between intolerable differences in tension and potential. Because these differences are always present, this original form of movement will constantly be provoked by a motivating force that never wanes. As a form of motion, we are here primarily concerned with the motion that the Earth has demonstrated to us since the beginning of time. Referred to as 'cycloid-space-curve-motion', it is synonymous with what the naturalistic doctor calls the 'life-creating life-spiral', and the biotechnologistcalls 'double screw-form wave motion'. [The Energy Evolution - Harnessing Free Energy from Nature, The Economy Founded on Reactively Produced Energy]

Every organ is an aid or a means to an end that requires various supplementary energies in order to evolve. In its highest form, the developed product is a multiple of the ur-form, because the potencies in it have developed themselves. Potencies are nothing more than bipolar tensions, which de-stress one another and synthesise their desired form. This is the reason for the phenomenon of multiplication. The function of tensioning or de-stressing is heat and cold. The product is therefore a product of heat or cold. The impulse is produced by either a cold or warm mediatory process. The place of birth is the egg and the orifice. The fertilised eggs create orifices and conversely, eggs come into being from orifices. [The Energy Evolution - Harnessing Free Energy from Nature, Letter to Werner Zimmermann]

Ramsay
2 - In the second sphere the tension of strings and other elastic bodies imbues them with forces operating upon the elastic air, producing vibrations quick enough to awaken sounds for the human ear. Here Nature plays on her tuneful harp the same grand fugue; from which everything in music is derived. [Scientific Basis and Build of Music, page 86]

3 - In the third sphere, vibrating things, molecules, atoms, etc. gaseous, liquid, or solid have tensions and forces far beyond the requirements of music, and far above the audible region where musical sounds have been located by the Great Numberer. The multiplication of forces there, and their augmentation derived from sympathy, of which sympathy we have faint illustrations in the region of [Scientific Basis and Build of Music, page 86]

Christ Returns - Speaks His Truth
"A spontaneous and hearty burst of laughter is first experienced as a rush of rippling consciousness through the head, bringing a lightening of the entire consciousness. This is immediately followed by the physical 'ripple effect' of laughter, experienced as a light beating of breath on the diaphragm to break up any tension and to smooth away any residue of bitterness." [Christ Returns - Speaks His Truth, Letter 9, page 14]

"Most people will testify that laughter promotes a feeling of well-being, even if there was discord just a minute earlier. If a person can genuinely laugh, seeing the absurdity of a situation, where there has previously been annoyance or hurt, the tension is released and friendly relationships are restored spontaneously." [Christ Returns - Speaks His Truth, Christ Letters - Letter 9, page 14]