Forestry
This would involve the propagation and build-up of fast-growing species of valuable timber by restoring cycloid-space-curve-motion through the re-establishment of naturalesque proportions in the intermixture of various crown and root systems. This will resuscitate the reactive temperature-differences (the reinstatement of microclimates through the graduated arrangement of over- and understoreys and juxtaposition of species) through which the heat-consuming upflows of refreshing and cooling substances ascend like cycloid whirlwinds, which trigger cold processes of oxidation enabling the propagation of species of fine timber on the forest floor (formation of the germinating zone).

Agriculture
Here the concern would be for the propagation and build-up [of] fast-growing high-quality fruits and cereals through the selection and correct distribution of principal crops and intercrops through the supply of allotropic fat-concentrations in a liquid, vaporous or even an energetic state - the supply of noble water by underground means or the direct supply of noble elements by
means of Repulsators (see figs. 24-26).

Water Supply
The application of this form of motion would bring about the revivification of sluggish, stale, tired, fish deficient, bacterially polluted brooks, streams and rivers through the artificial reinstatement of cycloid-space-curve-motion in draining water.[3] In other words, the reconfiguration of truncated and straightened channels in which the more exalted formative and transformative processes can no longer occur, due to the absence of cycloid motion. Therefore the stocks of basic allotropic heat-imparting substances are no longer consumed (bound) and the improperly regulated watercourses inevitably become warm, stale, devoid of fish and infected with bacteria, because the revivifying form of motion is missing or has been disrupted or eliminated by smooth-walled bank rectification.

Energy Supply
Here such motion can be practically applied to the following:

(a) To the liquefaction of coal or carbonic-acid-bearing minerals by way of cold (cycloid) systems of flow, e.g. the generation of incombustible, gas-deficient and highly expansive, dynagen-rich 'explosive' water and drive water with the aid of Repulsators for the purpose of producing highly expansive pressures for driving machines of all kinds.

(b) To the etherisation of ordinary air-masses through the repulsive precipitation of inferior waste matter (water-like carrier substances) and the enhancement of implosive suctional forces through the generation of an 'organic vacuum', the co-active counterforce to the above high-pressure expansion, by means of Repulsines (see figs. 30-33).

(c) the fabrication of naturalesquely designed water turbines, pumps, etc. (see figs. 11-13) with about a 90-fold increase in output and performance under otherwise equal conditions through the combination of both components of motion (pressural and suctional forces in a reactive state) on a common developmental axis.

(d) To the heating and cooling of living spaces with the aid of allotropic mineral elements through the intensification of the repulsive power and performance of expansive substances (the radiation of stocks of basic elements from selenium cells. With slight stimulation these produce reactive forms of temperature, which indirectly result in a form of cooling that acts from below upwards and a diffuse form of heat that acts from

above downwards, all of which result in the best and cheapest wood-less and coal-less air-conditioning (see the Klimator, figs. 27 & 28). (e) To a roughly 90% increase in electricity production through the use of repulsive dynamos, the generation of cold light, etc. by means of cycloid flow systems, etc. 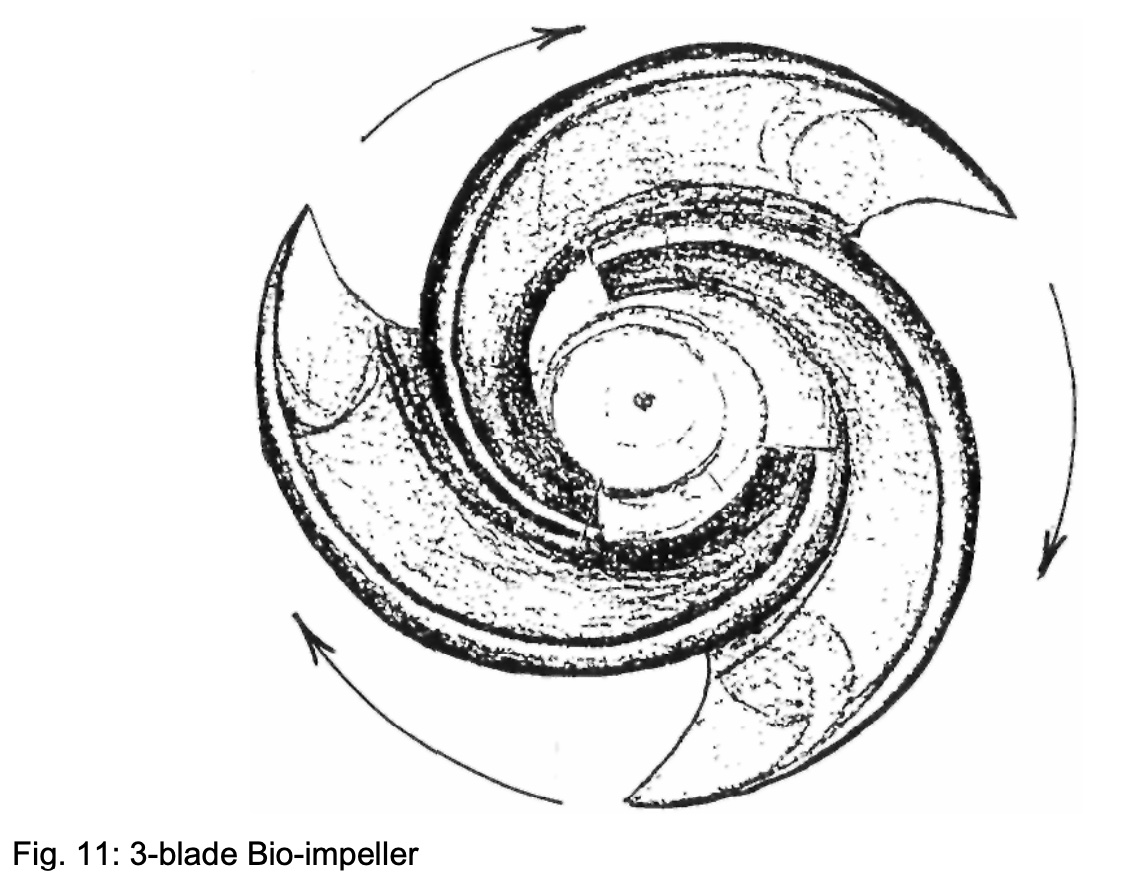 
Schauberger
[14] See explanatory figures Nos. 10 and 11 on p. 4 of The Water Wizard, Vol. I of the Ecotechnology series. — Ed. [The Energy Evolution - Harnessing Free Energy from Nature, The Liquefaction of Coal by Means of Cold Flows]


In General
In the same way that it would be impossible, for example, for human beings and animals to reproduce and further develop (increase and qualitatively improve), were Nature not to enforce an interaction between their primary sexual substances through intolerable urge-driven differences in tension, which function reactively, there would likewise be no possibility for the reproduction and further development of plants, minerals and metals, and the physical (active) forms of heat and cold. Today's science is not only founded on a false developmental basis, but also on too low a level of knowledge. It ignores the formative reaction and using combustion processes gives pride of

[4] Excremental or faecal technology: This expression reflects Viktor Schauberger's view that today's technology is founded on the wrongful combustion of waste matter, such as oil and coal. As the energy-deficient physical residues of formerly vital substances, i.e. the expelled by-products of interactions of a purely energetic nature, he regards them as Nature's faecal matter — hence the term 'excremental'.

place to an economy powered by excremental matter. For this reason an economic decline is inevitable. The reintroduction of cycloid-space-curve-motion signifies the reinstatement of the normal progress and processes of development and the immediate alleviation of privation and penury. 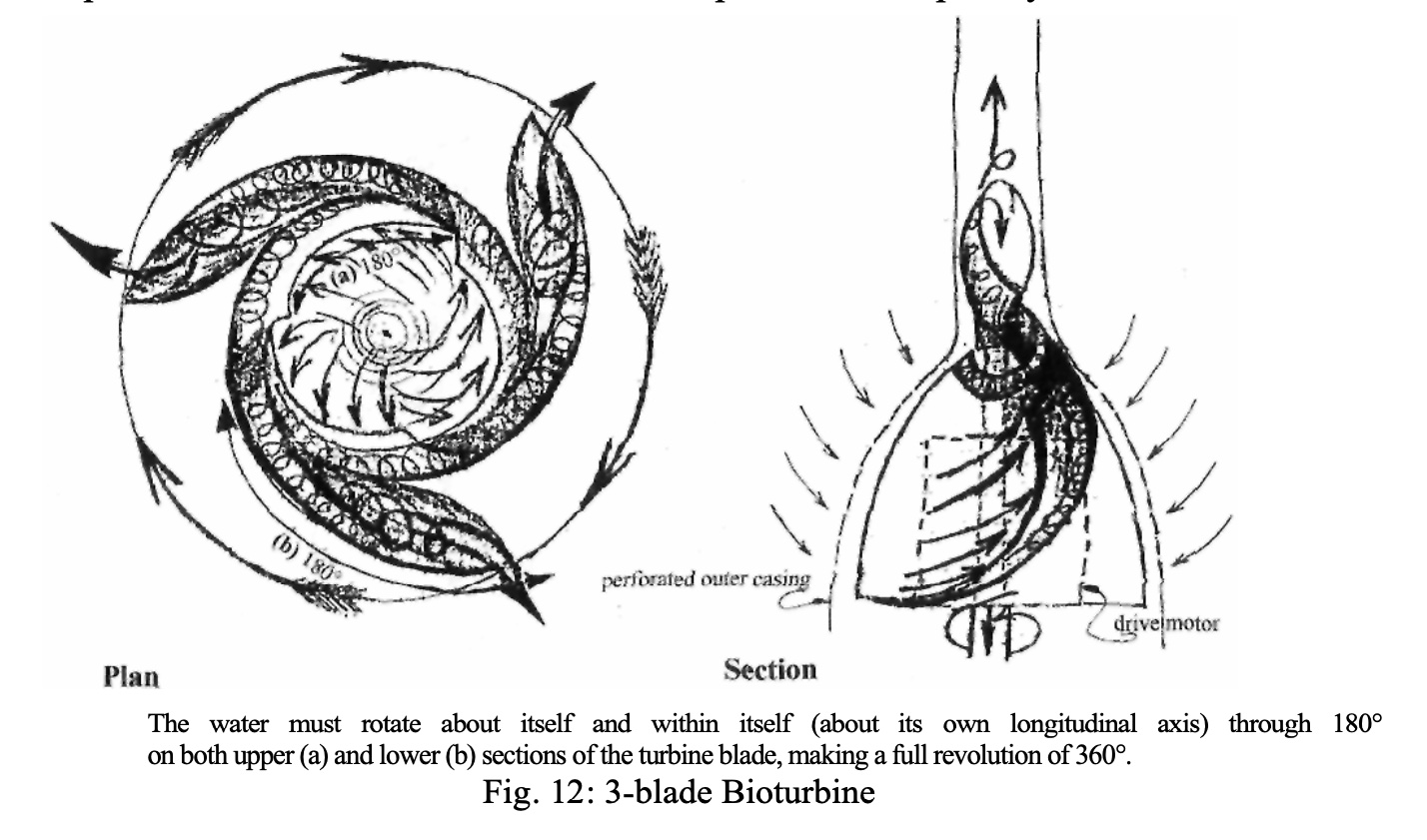 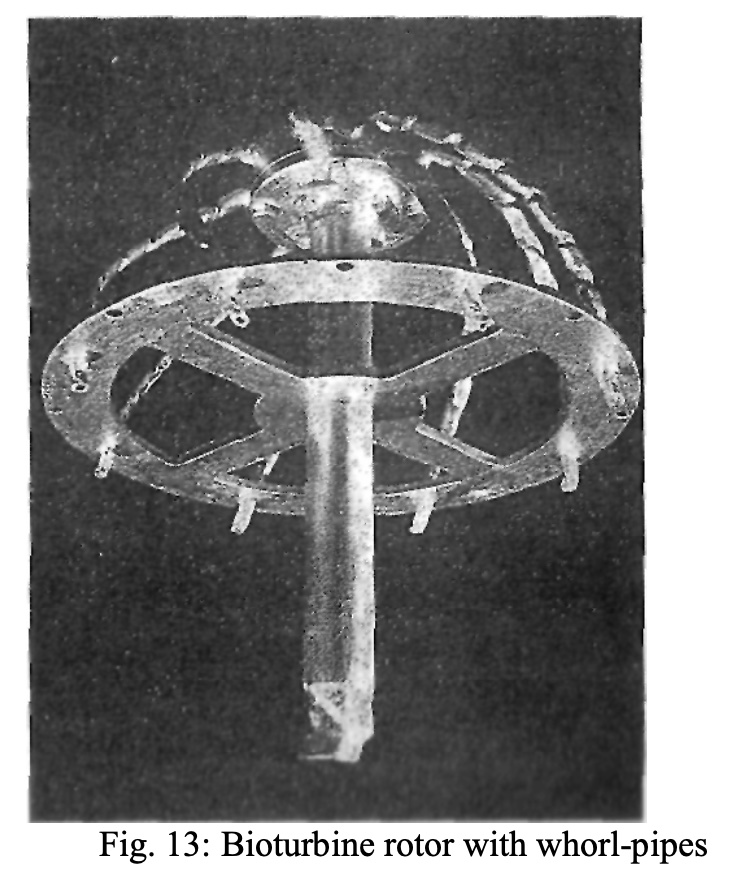 [Return to The Energy Evolution - Harnessing Free Energy from Nature]