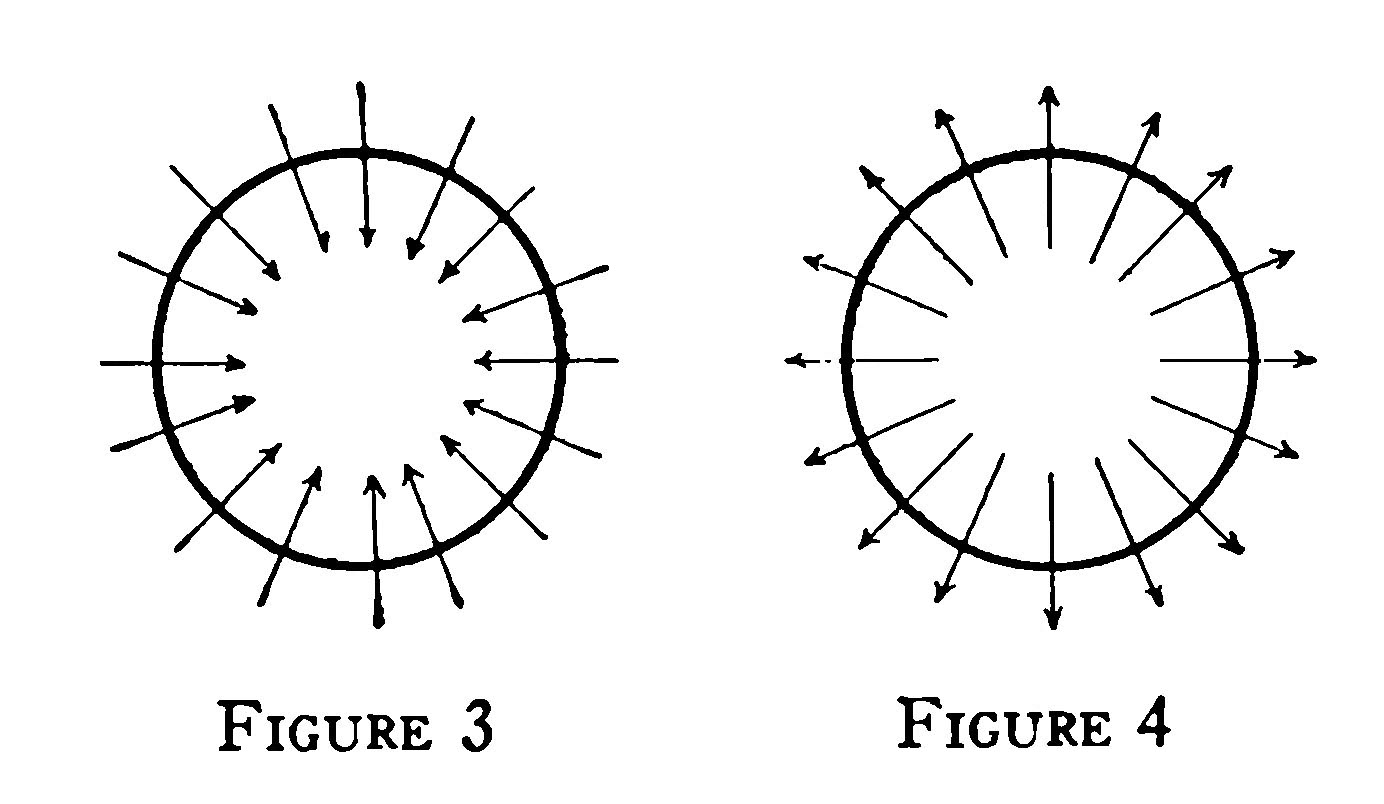 Keely
"The molecule itself is a world ruled by the same sympathetic forces that govern the planets of our solar system. Its three component intermolecules, each like a small sphere, oscillate within its shell-like etheric envelope with a frequency of 20,000 per second, and the molecular etheric capsule rotates about them with inconceivable velocity. Within the molecule no intermolecule ever comes in contact with even its nearest attendant. Each is held by its gravital neutral center within its proper sphere of action. Molecular dissociation by intermittent vibration does not disturb in the next higher, the atomic subdivision, the fixed neutral center of the atomic triplets. Centripetal and centrifugal forces rule the orbits and revolutions of the components of the molecule in the same manner as interplanetary forces of the same type rule the elements of the solar system. [Snell Manuscript - the book]

Russell
"To more fully comprehend this omnipresent radar universe of reflecting light mirrors and lenses, take one of the eight reflectors out of a cube, or make one composed of three mirrors placed the way they are shown in the corner of Fig. 62. If you analyze this shape you will see that it is half a cube cut through its diagonals. If you now slowly insert an object on the end of a long needle, toward the apex of that pyramid you will see it reflected three times, and those reflections will grow ever closer as your object nears that apex. That illustrates the multiplication, or compressive power of Nature. It also symbolizes centripetal force and higher potential. It also represents three of the octave elements on the red or blue side of the whole octave, of which the three mates are in the reverse corner reflector." [Atomic Suicide, page 258]

"The CREATED universe of matter is the result of concentration of Mind upon the idea of form and then the generation of power by diverting low potential into centripetal vortices in order to hold the idea of Mind into the appearance of form until form disappears through mental decentration" [Figure 12.11 - Russells Locked Potential Full Ten Octave Gamut]

In the unnatural, degenerative direction of acceleration, which operates along the transverse axis (centrifugally), i.e. in an axial->radial mode, the magnetism (= levitism) here acts as the resistance. Compared to the counter-flowing electricism, it appears to be in a certain state of rest, the magnitude of its resistance or support increasing commensurately with the acceleration of the downwardly flowing electricism (= gravitism). This is the origin of the tragic misconception that in all motion the resistance increases by the square of the starting velocity. However, in reality this only happens when any given mass (matter) is made to move technically, hydraulically or dynamically[2], i.e. axially->radially (centrifugally), therefore unnaturally. For if any given mass (matter) is made to move radially->axially (centripetally), then the upwardly flowing magnetism (levitism) increases at the expense of the disintegrative (destructive) electricism (gravitism) and thus the naturally ordained formative and levitative forces intensify in proportion to the starting (radial->axial) rotational velocity. With this type of motion, which is of course only possible with very special motion-inducing shapes (profiles), the effective performance amounts to about 96%. In this case only about 4% of the original formative energies are lost in producing the resistance to motion required by Nature. In technical, hydraulic and dynamic motion precisely the opposite is the case and this is how the enormous consumption of fuel came about, which is exclusively expended in a manner destructive of Nature. [The Energy Evolution - Harnessing Free Energy from Nature, Magnetism is the Function of Levitism and Electricism is the Function of Gravitism]

Together with its ingredients, the onrushing water proceeds along two completely different paths. The peripheral water-masses follow a centrifugal developmental path, while the core water-masses take a centripetal one. [The Energy Evolution - Harnessing Free Energy from Nature, The Liquefaction of Coal by Means of Cold Flows]

This results in the spacial separation of the two bipolar substances, i.e. the oxygen proceeds down the centre and the carbones along the sides, where with increasing slip-pressure against the resistances (guide-vanes) and rotating about their own axes, they continue to be ground off. As a result the inner constituents are freed and separated out according to their centrifugal or centripetal characteristics. [The Energy Evolution - Harnessing Free Energy from Nature, The Liquefaction of Coal by Means of Cold Flows]