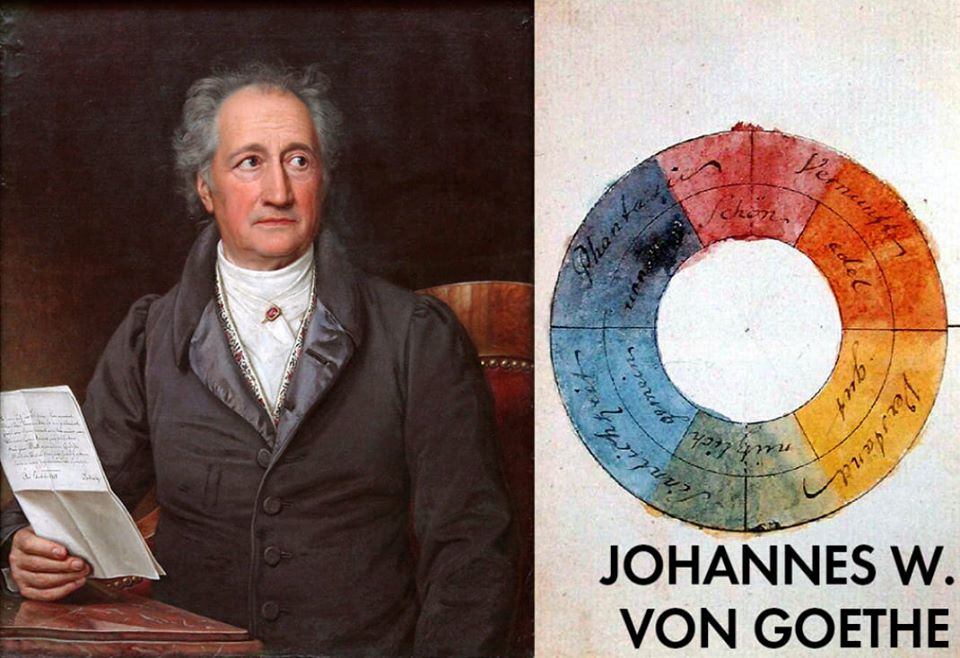 
Johann Wolfgang von Goethe (German pronunciation: 28 August 1749 - 22 March 1832) was a German writer and polymath. Goethe is considered the supreme genius of modern German literature. Goethe's works span the fields of poetry, drama, literature, philosophy, and science. His Faust has been called the greatest long poem of modern European literature. Goethe's other well-known literary works include his numerous poems, the Bildungsroman Wilhelm Meister's Apprenticeship, and the epistolary novel The Sorrows of Young Werther.

Goethe was one of the key figures of German literature and the movement of Weimar Classicism in the late 18th and early 19th centuries; this movement coincides with Enlightenment, Sentimentality (Empfindsamkeit), Sturm und Drang and Romanticism. The author of the scientific text Theory of colors, his influential ideas on plant and animal morphology and homology were extended and developed by 19th century naturalists including Charles Darwin. He also served at length as the Privy Councilor of the duchy of Saxe-Weimar. (wikipedia)

Wolfgang Von Goethe's 'The Theory of colors' (1810) was rejected by the scientific world, because it did not agree with Sir Isaac Newton's principles of light. Newton's law states that when light passes through a prism, light separates into the colors of the rainbow spectrum. The law states that the colors already exist within the light, and the medium of the prism seperates them with refraction.

Goethe, through years of practical experiments with light and refraction, came to a different conclusion. Through his book, Goethe explains how the colors are not already existing within light, but are 'created' by refraction of a medium. The density of the medium determines the wavelength of color. A higher density medium produces colors from the higher end of the spectrum.

In terms of reflection, darker colors reflect less light. Black reflects no light. It absorbs it all. White reflects all of the light, and absorbs none. We think of light as white, but light is really invisible. It is a medium which refracts invisible light into color (white and black classed as colors). Invisible light exists within the darkness of space, but there are no atoms or molecules to refract color.

Goethe showed how colors have complimentary polar opposites, like yellow and blue of the rainbow spectrum (why we have a yellow sun on a blue sky), or white and black as true polar opposites.

Darkness is wrongly assumed to be an absence of light. It is quite the opposite. Darkness absorbs light, reflecting none. Darkness is more accurately 'Dark Light.' aka hidden light. There is immense hidden power within the darkness of space. There is the discreet infinite power of the zero point vacuum field. The differences between Newton's theory of light, and Goethe's theory of colors are most noticeably the definition and role of darkness itself.

There is light and there is darkness... in between is an infinite array of colors (Some we see, some we cannot). All things have polar opposites. Gravity has inflation… light has darkness. Stars cannot shine without darkness. Stars cannot be created without the opposing pressures of darkness against light/matter. Creation cannot happen without light and darkness. Photosynthesis is a clear example. Everything needs darkness to grow, just as everything needs light.

The colors, which appear from light, are created by darkness moving against light. Light is too pure and divine for anyone to perceive it in its natural state. Darkness is needed to 'water down' pure light into the colors we see.

The Universe is all about polar opposites interchanging in a continuous state of flux. Light and darkness polarise in creation. This is a symbolic truth, but it extends far beyond symbolism and photosynthesis. In a true sense of nature, Light is the Aether, and Darkness is the Vacuum. The Aether and the vacuum polarise in creation. The vacuum is a pulse, which means it is a vibration… which means it is dark/discreet sound. Darkness and dark sound are the same polar opposite to Light (the Aether). source unknown

Schauberger
In Nature there are only structures and orifices. From these arise all forms of materialisation and dematerialisation, if orifices and vessels are organised in an inversely symmetrical configuration and within them the reciprocal gaseous substances are correctly dosed. Pressure and suction, and most important of all, the temperature-gradient should be aligned in the right sense (+ not -), through which the desired energy is freed at the point of intersection.

This can be accumulated if the thing is cooled during its motion, becoming homogenously structured in the process. In this manner it is even possible to decompose ordinary air into animalistic electrical essences, or to produce an artificial thunderstorm, whose transformative essences discharge into metal conductors, calling into being a physical vacuum with which a thunderstorm can be produced in the tube, whose power exceeds that of a cyclone. While it is still necessary to use small quantities of earthly substances in the artificial production of petrol (gasoline), no fuels of any kind are needed to operate the air-turbine[4]. This will avert the crisis that will inevitably ensue if nature-alienated humanity continues to combust substances in its machines, which are preordained by Nature for the provision of food. The seemingly remarkable behaviour of liquids under the influence of light is the totally natural permanent condition of the eternal 'Arising' and 'Passing Away', of the evolution from small to large and vice versa, whose vital harmony Goethe has already explained to us so beautifully that all we need to do is read his works so as to create the perpetual interaction required by all molecules in order to exist in a state of well-behaved order. [The Energy Evolution - Harnessing Free Energy from Nature, Conclusions]

Space and volume are inversely disposed opposites, which consume or animate one another depending on whether one is made to burn by the other or

Goethe called Nature's principal, formative essence the 'Eternally Female' and 'All-uplifting'. I have named it 'Qualigen'[11]. This can only come into being, if all medial masses (water, earth, air, etc.) are accelerated 'originally' - planetarily and predominantly centripetally by means of patented devices designed to create this form of motion. The design and the alloys used in the construction of these devices, which are continually being improved, are the exact opposites of those used in all areas of industry for the techno-academic acceleration of mass. [The Energy Evolution - Harnessing Free Energy from Nature, The Biological Vacuum - The Optimal Driving Force for Machines]