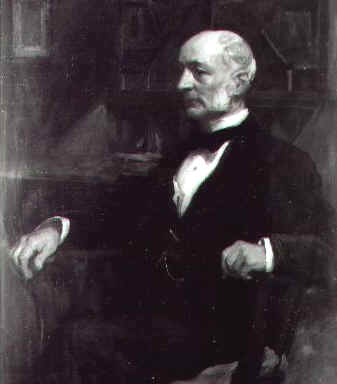 Dr. John Gibson MacVicar went to the university of St. Andrews in 1814, where he excelled in mathematics and natural philosophy, and thence to Edinburgh, where he studied chemistry, anatomy, and natural history under John Knox's tutelage, together with rhetoric, Hebrew and church history (see Dictionary of National Biography). At this time he also delivered his first papers, on the germination of ferns and on the air-pump. He was licensed to preach, but in 1827 took up a newly established post as lecturer in natural history at St. Andrews, becoming professor in 1830. In 1828 he began editing and writing articles for the Quarterly Journal of Agriculture, assisted with the formation of a museum at St. Andrews and helped to promote the Watt Institution at Dundee. He lectured at both these places, and also wrote several books on natural philosophy in the early 1830s, in which he explained recent scientific advances and attempted to reconcile these with religious orthodoxy. Elements of the Economy of Nature, or, The Principles of Physics, Chemistry and Physiology appeared in 1830 (2nd edition 1856), and Inquiries Concerning the Medium of Light and the Form of its Molecules in 1833.

Macvicar's philosophy had a profound impact on Keely and was a source of many of his ideas.

Keely
A compilation of MacVicar's "Sketch of a Philosophy" (published in 1868) together with Mrs. Hughes' book on evolution of tones and colors, was sent to Keely. [Snell Manuscript - The Book, page 2]

"If matter without form preceded creation of energy, it was only when life was given that the atoms became grouped in individualities through their intrinsic properties. The hypothesis of Macvicar and demonstrations of Keely pivot on the law of assimilation "providing at once for the free and the forced ... for mind and matter, and placing them ... in relationship." This law is summarized as "Every individualized object ... assimilates itself to itself in successive moments of its existence and all objects tend to assimilate one another." In its own nature, matter is wholly plastic or devoid of fixed innate properties wholly assimilative - both with respect to its own portions and to surrounding objects, as well as its position in space and insofar as it is capable, to the mind of its Creator. In the ether are constructed groups of ethereal elements generating material elements." [Snell Manuscript - The Book, page 2]

Macvicar's illustrations of assimilation "Attraction, inertia, elasticity, heredity, reversion, symmetry, culminating in sphericity or symmetrical cellularity, chemical and electrical action, especially in voltaic action the influence and persistence of this law is most remarkably displayed." [Snell Manuscript - The Book, page 2]

Dr. Macvicar, in his theories of the bearing of the cosmical law of assimilation on molecular action, says: "During this retreat of matter into ether in single material elements or units of weight, the molecules and masses from which such vaporization into the common vapor of matter is going on, may be expected to be phosphorescent." This surmise Keely has, over and over, demonstrated as a fact, also showing how gravitation operates as a lever, etheric wave motion, concentration under vibratory concussion, and negative vacuous tenuity. [Snell Manuscript - The Book, page 2]

Ramsay
MacVicar and Keely agree in the cosmical law being that of sympathetic association, or, under MacVicar's select name for it, assimilation, the watch-word and the law of Creation. [Scientific Basis and Build of Music, page 87]

FORMATION OF MOLECULES
Law of Assimilation