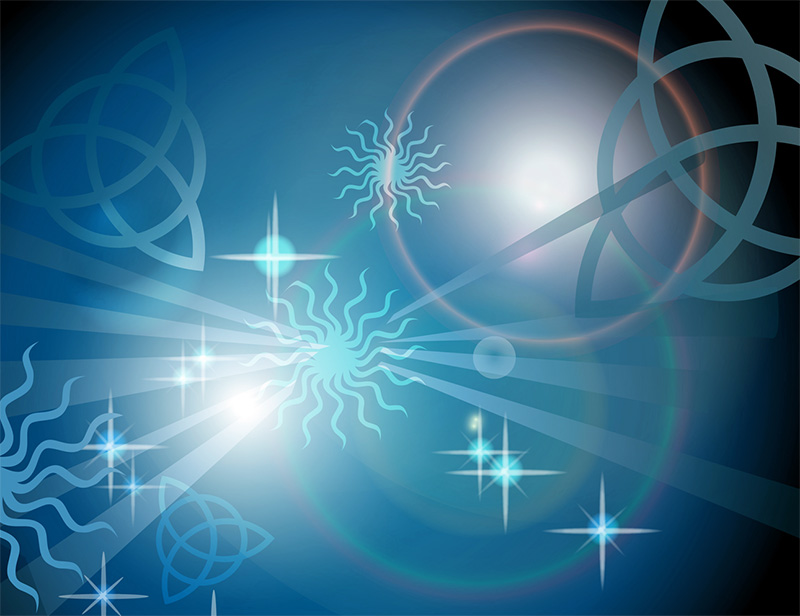 
Keely
"The corner-stone of this philosophy is one power, one law; order and method reigning throughout creation; spirit controlling matter, as the Divine order and law of creation that the spiritual should govern the material - that the whole realm of matter should be under the dominion of the world of spirit." [More Science]

If all cosmical action is cyclical, matter, when existing free in the ether, must ultimately tend to dissolve into pure ether again, for, if the law of creation is as a cycle, in which, after development and as its fruit, the last term gives the first, then has he grounds for his conjecture that complication in structure is necessary to the segregation of nervous matter, and the construction of a "myo-neuro-cerebral system" and that ether and matter, after developing a molecular economy, as the mother and nurse of a soul or monad of a higher order than the merely material element, through or by this organism, complete the cycle of the economy of material nature, and eventually touch upon the spiritual world again and contribute to it. This true protoplasm, the ether, Keely claims to ... liberate by vibratory machinery as the medium of a motive power, which he calls "sympathetic negative attraction." [Snell Manuscript - The Book, page 2]

Russell
"The underlying law of Creation is RHYTHMIC BALANCED INTERCHANGE in all transactions in Nature." [Russell, The Secret of Light, page 106-107]

Ramsay
MacVicar and Keely agree in the cosmical law being that of sympathetic association, or, under MacVicar's select name for it, assimilation, the watch-word and the law of Creation. [Scientific Basis and Build of Music, page 87]

Hughes
The following scheme endeavours to show that the development of the musical gamut and the colours of the rainbow are regulated by the same laws. I wish it to be clearly understood that I have gained the evolutions from the mysterious type of Life—a golden thread running throughout the Scriptures, from the first chapter of Genesis to the last of Revelation;—life developing around us and within us from the Almighty, who is its Eternal Fountain. My youthful impressions included the belief that the views of Dr. Darwin, my great-uncle, contradicted the teaching of the Scriptures, and I therefore avoided them altogether. Having endeavoured for years to gain correctly the laws which develope Evolution, I suddenly discovered that I was working from Scripture on the same foundation which he had found in Creation; and as Creation and Revelation proceed from the same Author, I knew that they could not contradict each other. It is considered by many that my cousin, Charles Darwin, gained his first ideas of Evolution from his grandfather's works; but I know from himself that he was ignorant of them, and that his theory of Evolution was arrived at by his close experiments and observations of the laws of creation alone. Only a few months since, after reading his work on "the Movements of Plants," published in 1881, and wishing to be certain that I had not an incorrect belief, I asked the following question—"Did you gain your views on Evolution by your wonderfully acute observations, ignorant of your grandfather's ideas?" The reply was, that he had done so entirely from his own observations. [Harmonies of Tones and Colours, Introduction1 - Harmonies, page 9]