noun: an object that is able both to attract iron and steel objects and also push them away. noun: Magnetized object possessing or exhibiting a magnetic field

Keely
"The effect of the magnet is one of the effects of the law of sympathetic association, which Keely demonstrates as the governing medium of the universe throughout animate and inanimate nature." [Keelys Secrets - Part 2 - One Phase of Keelys Discovery in Its Relation to the Cure of Disease]

"Keely believes that the form of energy known as magnetism, not electricity, is to be the curative agent of the future. Fifty years ago Prof. Keil, of Jena, demonstrated the susceptibility of the nervous system to the influence of the natural magnet and its efficacy in the cure of certain infirmities. [Snell Manuscript - The Book, page 3]

"I will add here that Mr. Keely demonstrates, in some of his experiments, that the magnetic needle, in pointing to the north, is merely the indicator that proves the direction of the flow of one of the sympathetic terrestrial streams. It is well known that the attractive power of the magnet is limited to a very small range. Independent of this sympathetic stream, its power could never be used as a medium to prove polar sympathy for this terrestrial current, the concentrating power of which is due north." [COMMENTS OF JOHN WORRELL KEELY ON DR SCHIMMELS LECTURE]

"The explanation of the magnetic flow is very simple. The harmonic attractive chord, thirds, induces nodal interference on the harmonic current in the earth's polar stream, and it moves toward the negative pole to flow out through the positive end. The diversion of the harmonic portion of the stream from the dominant portion causes the magnet to assume its position. [POLARIZATION AND DEPOLARIZATION]

"A discussion has recently been carried on in one of our Reviews, as to whether the energy which feeds the magnet comes from the atmosphere, from gravity, from solar rays, or from earth currents. Nothing is more simple than Keely's explanation, as proved by his demonstrations. The energy of the magnet comes from the polar stream; and, though the introductory impulse is so slight that it cannot be weighed any more than can the flow of the mind, yet, if kept up for years, it could not be computed by billions of tons in its effect. The magnet that lifts pounds to-day, if the lead of the armature is gradually increased day by day, will lift double the amount in time. Whence comes this energy? Keely teaches that it comes from sympathetic association with one of the triune currents of the polar stream, and that its energy will increase as long as sympathetic flows last, which is through eternity." [Bloomfield-Moore in Vibratory Sympathetic and Polar Flows]

"Like poles do not repel each other, simply because there is a perfect sympathetic equation between them, the same in unlike poles. If a differentiation of 33 1/3 against 100 is established between them, whether like or unlike, they become attractive to each other. They become repellent after differentiating them, 66 2/3 of the one against 100 of the other, by sympathetic vibration. [Keely, ATTRACTION PROPULSION ETC]

"Molecular repulsion Keely states to be caused by electromagnetic radiation. "Any metallic mass can be so impregnated with certain vibrations as to assume the mental qualities of repulsion and attraction." He terms the "radiating" vibrations as "positive" or "propulsive". Also, that like and unlike poles of a magnet will, contrary to accepted scientific belief, repulse each other regardless of their natural properties, when their differentiation induced by vibration becomes 66 2/3 of one pole against 100 of the other, and that when this differentiation becomes 33 1/3 of the one against 100 of the other, like poles will attract in the same manner that unlike poles have normal attraction. These ratios simply cause antagonism in one case and sympathetic attraction in the other, with consequent motion of their respective masses. Normally, however, the action of the magnetic flow is dual, being at the same time attractive and repulsive." [REPULSION - Snell]

"It is not a magnetic force that is borne on the etheric atom which gives it its power to draw to it streams of coincidence. The magnet is only susceptive to certain aggregated forms of matter; iron, for instance, and its preparations." [Vibratory Physics - The Connecting Link between Mind and Matter]

"Bring a steel rod in contact with a magnet, and the latent energy in the rod is brought into action without its becoming impregnated by its magnetic exciter. Energy is an infinite latent force. If it did not exist it could not be generated. Consequently, there would be no energy to lose nor to conserve. The volume of latent energy in the etheric domain never increases nor ever grows less. It will remain the same, as yesterday to-day and for ever." [Vibratory Physics - The Connecting Link between Mind and Matter] 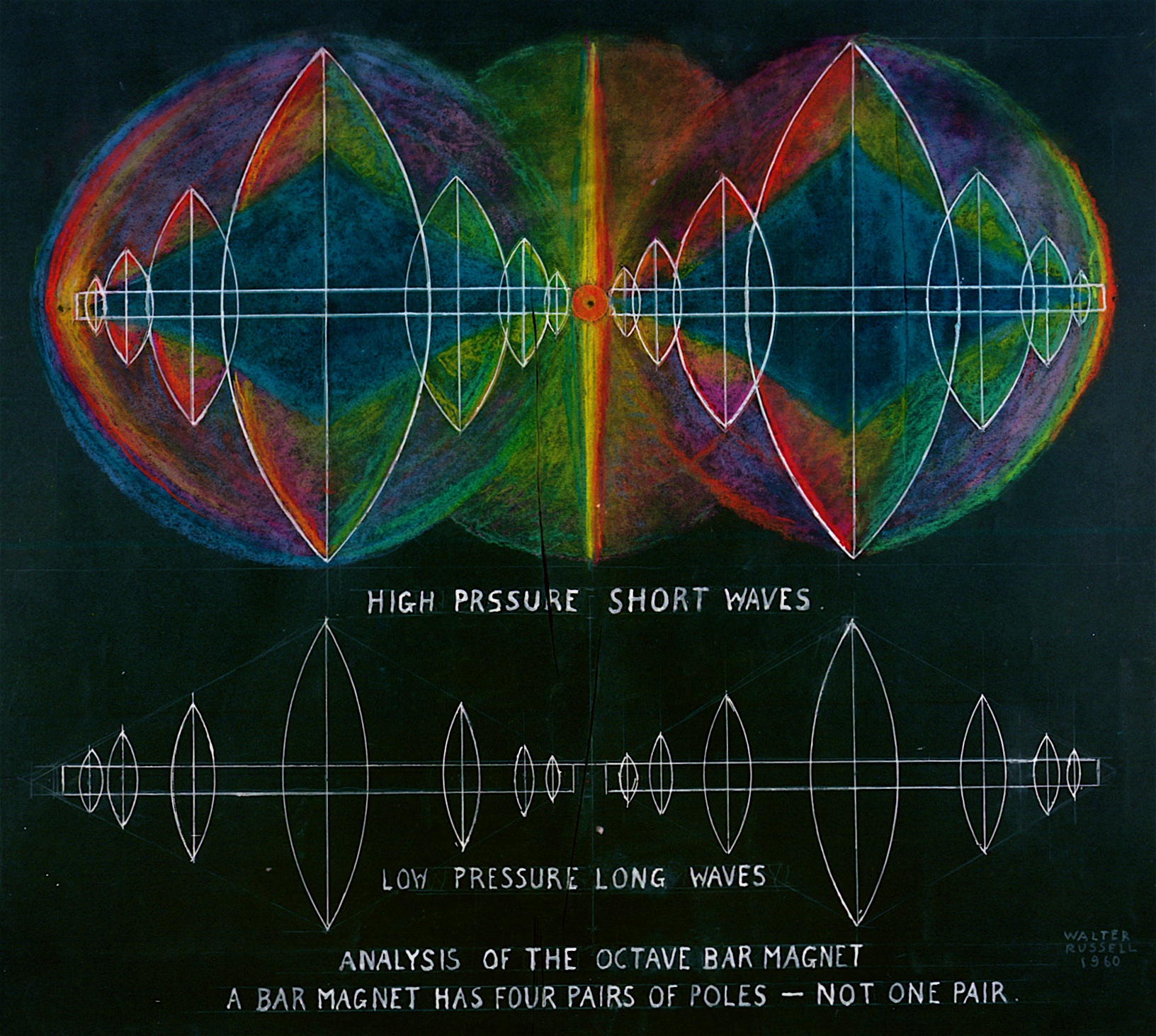 Scientific observers have been deceived by their senses into thinking that opposites attract each other because of seeing the north pole of one magnet "pull" toward the south pole of another magnet. [A New Concept of the Universe, page 18]