There are several definitions of this term and event. The New Age is a new era of peace and a closeness to God or Nature where individuals awaken to or remember their Whole Mind. It is an age of Oneness and harmony with the forces of Nature. It is more of a New Era of Consciousness than a New Age. We see this happening with the advent of the Global Internet. 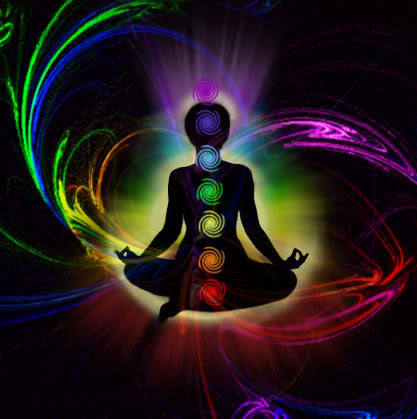 Cayce
"Be glad you have the opportunity to be alive at this time, and to be a part of that preparation for the coming influences of a spiritual nature that must rule the world. These are indicated, and these are part of thy experience. Be happy of it, and give thanks daily for it." Cayce (2376-3)

Russell
The Dawning Transition of Man

"The new age of cosmic man which is now unfolding for the saving of mankind from self-suicide by the barbaric dealings of man with man is a transition from believers in a far-off God of fear, whom they fear, to knowers of a universal God of Love, Whom they love.

"Those cosmic ones who KNOW God are the cosmic thinkers, inspired geniuses and illumined mystics who know God within them and see God everywhere. These are the ones who down the ages have uplifted man gradually by bringing the beauty into the world which has gradually given man his culture and his ethics.

"These are the ones who will unify mankind through their knowing to end this babel of tongues of many religions, and bring into being the ONE religion of the ONE God of Love.

"This now-ending Barbaric Age is peopled with GOD-FEARING MEN.

"The dawning Cosmic Age is to be peopled with GOD-LOVING MEN.

A World Singing Together


Bloomfield-Moore
"Before this approaching age of Harmony can arrive, the knowledge of God must cover the earth as the waters cover the beds of the seas. Suffering humanity must be taught that "the existence of 'The First Cause' is a necessity of â€œhuman thought," and that the only cure for sorrow lies in the helpfulness and the hopefulness of the Gospel of the Son of God. Other religions tell of men stretching out their bands to God for help. The Christian religion tells of God reaching out His hands to man.

The keynote of Christ's Gospel is in the Fatherhood of God and the brotherhood of man; and this is the keynote which the revelation of Sympathetic or Spiritual Physics is about to sound. It will awaken a sleeping world to that "knowledge of God" which is (as defined by Pythagoras) "Truth clothed with light, or absolute verity." CJBM, What Electricity Is - Bloomfield Moore

The Coming Revolution of Consciousness

"Each being comes to the point of their own realization (Awakening) in unique ways and by unique combinations of experience and wisdom. The point is often approached and rejected many times before the actual crossover acceptance happens. It requires a great deal of courage to crossover to a new and different perspective of the life experience. It requires releasing well-learned lessons and entering into a completely new consciousness of what reality truly is. For those who are on the planet Earth now, the deceptions are of such magnitude and the truth of what each being is, so well hidden, that the acceptance of the truth by the masses is such a gigantic leap in consciousness that it appears to be impossible that it could possibly happen. Yet, happen it must if this segment of the human race and this jewel of a planet are to survive." Anonymous, Becoming

Uranus in Aries: The Revolution of Consciousness

The greatest revolution in human history begins March 11th, 2011 with the planet Uranus' entrance into the constellation of Aries. This is a pinnacle moment in human history that will come to be known as the Revolution of Consciousness.

Unlike revolutions of old, this revolution will be centered in the hearts and minds of the men, women, and children that inhabit the planet Earth. What is about to unfold is nothing less than the most brilliant period of not only our lifetimes, but of all lifetimes - and it starts in just a few short weeks!

The first 'shot' of this revolution will be a metaphysical one, fired from a Divinely awakened quantum gateway in the heart of the Milky Way Galaxy. This gateway will unleash powerful, higher-dimensional energy that has never before been felt on Earth. This radical new energy will totally immerse the planet, affecting an instant evolution of consciousness in the spiritually awakened; a quantum leap of the mind that has never before been experienced on Earth.

This new level of consciousness, sourced from God, is of course universal in nature. As such, it will provide the foundation for the acceptance of extraterrestrial life, which brings us to a major aspect of what the upcoming Uranus transit entails: mainstream acceptance of extraterrestrial life. Humanity will soon become intimately aware that not only does extraterrestrial life exist, but it has been influencing events on Earth for quite some time. This singular aspect of the coming Uranus transit alone is enough to exact an instant, global, paradigm shift, and that is exactly the nature of this transit's energy: instant paradigm shift.

Mainstream acceptance of extraterrestrial life will instantly shatter paradigms of the past and create a new way of thinking and feeling in us all. We will no longer accept the artificially-maintained status quo that we have for so long. Exotic new technologies will begin to go public as if a science fiction movie had become reality. Free energy technology will be a major part of this, as well as revolutionary advances in medicine, agriculture, communications, computer sciences, optics, magnetics, and terraforming. This technology will transform the way we live and interact with one another forever.

The coming explosion in technology and innovation will spur levels of humanitarianism the world has never seen. A tremendous global movement to eradicate poverty, uplift the nations, and heal the ecosystems of the world will begin to manifest. Hundreds of millions of passionate, altruistic, like-minded souls will begin to connect, collaborate, and push projects to success that in years past would have never come to fruition. Imagine dormant neurons in a brain, flashing into life and connecting billions of times over until the entire mind is illuminated, totally beaming with light - that is where we are going as a civilization.

I must warn that this astrological movement also signals the beginning of the greatest amount of political and economic turmoil the world has ever known. As a revolutionary spirit inflames the globe, we will experience wide-spread instability, manifesting in a variety of ways. The newly awakened society will begin to revolt in such massive ways that they will absolutely cripple 'the system.' First World nations will be swept with peaceful protests, sit-ins, and demonstrations while Third World nations will erupt with war-like violence. The world over, corrupt government agendas will come to a screeching halt by the will of the people.

Within the first year of this transit as people begin to awaken, it will become understood that the extraterrestrial elements that have been embedded deep in human society haven't been playing a positive role in our evolution as a civilization. This understanding will kindle a united, warrior-like attitude among global citizens that will serve as the most important driving factor in the coming revolution. Make no mistake that the power structure of Earth is currently 'operating from the shadows', but that the time of their authority has expired by Divine Decree and in perfect timing with Cosmic Order.

Intervention has and will continue to happen in strategic, surgical strikes that will ultimately lead to their defeat. This battle will be most intense during the summer months of 2012 as the planet Uranus squares the planet Pluto. By winter of 2012, it will become clear that humanity is free, After December 21st, 2012, as many of the world's most infamous prophecies come to a crossroads, mankind's Golden Age will finally commence.

An aspect of astrology that I find absolutely beautiful is that as events happen on a global or macrocosmic level, they also happen on a personal, microcosmic level - in exact synchronicity. This upcoming Uranus transit is no different, and soon we will all be going through our own personal revolutions, albeit in unique ways, all in accordance with God's Divine Plan for each of us. This is where the Sacred Science of Astrology can enlighten so brilliantly; it can identify the source and the expression of the coming revolutions in our lives, with mind-boggling accuracy.

On a cultural level people will start to openly embrace and seek out the profound wisdom of the Occult Sciences, which are rooted in the higher dimensional nature of existence. People will realize that there is a hidden, perfect order to creation. In times of great change, they will increasingly want to understand, at the deepest levels, exactly what their role is in this perfect symphony that they may navigate through the coming changes and manifest the highest outcomes. The best way to create personal security and abundance during the coming times will be identifying, accepting, and properly expressing one's personal revolutionary energy.

This personal revolution, which will manifest for many as the development of extraordinary, even Biblical-level spiritual and metaphysical gifts, will be the answer to all our present and future problems. It is up to each of us to totally embrace the shocking changes in order to fulfill our destinies in the coming global revolution. Those who succumb to fear and resist these changes will do so at their own peril. Those who embrace the changes will skyrocket to prominence and success. This can be a very frightening thought to entertain, which brings me to the significance of Uranus being in the constellation of Aries, the archetype of the warrior.

Attunement to archetypal energies is an extremely important concept to understand and integrate. In simplistic terms, one must 'vibe' with the virtues of the sign to manifest the greatest outcomes of the transit or placement. With Uranus being in Aries, we can manifest magnificence in our lives by cultivating and expressing bravery, confidence, fearlessness, independence, and novelty in the area of our life (and natal chart) where Aries energy lies. This is a time where a warrior will be born in all of us, though it's up to us to decide what to do with this new energy.

As this fiery, Uranian energy blasts through the collective consciousness, the values of people will be changed and elevated in an instant. The lust for the trivial will be transmuted into the yearning for spiritual and metaphysical talents. Materialism will be replaced by spiritualism. The so-called celebrities of today will fade into obscurity as a new breed of celebrities, deriving their power from spiritual development and humanitarian passion will be catapulted into the limelight. These will be the heroes and heroines of the New Age that is being birthed before our eyes. (source unknown)

2012
Awakening
Christ Returns - Speaks His Truth tells what it is and how to attain it.
coming race
Faith by Science - The Dawn of a New Order of Things
I Am
New Age
New Era of Consciousness
Self Realization