Figure 6.6 - Russell's Multiple Views of Tripleness (courtesy of University of Science and Philosophy) (click to enlarge) 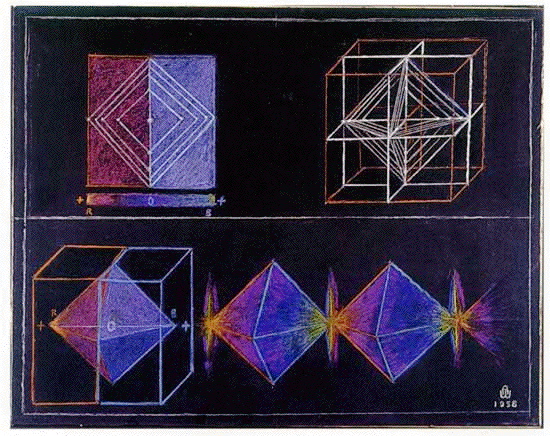 Figure 6.7 - Perspective of Tetrahedral Apices at Concentrative Centers (courtesy of University of Science and Philosophy) (click to enlarge)

Figure 6.8 - Resulting in a Cube mutually assimilating to a Common Center from Six Directions (along Three Axis) as also see Square Law (courtesy of University of Science and Philosophy) (click to enlarge)

Think of these sides as compressing into the center generating power, heat, density and light. This self-assimilating compaction (syntropy) by mutual approximation will be covered in more detail in other sections. These cubes are as the Square Law and Inverse Square Law.

Figure 6.9a - Structure of Cubes of Motion Figure 6.9b - Wave dynamics between Cube Corners Russell depicts his waves in two ways. (courtesy of University of Science and Philosophy)

Showing the 0 potential shown at the crest of the wave as shown above left (in the lower right image) and as 4++ shown as the crest above right, lowest image. Either way is accurate and reveals the inner workings of the dynamical wave phenomena. Upper left also shows 0 at center of Cube. Lower left shows 0 at periphery of virtual Cube. Wave means the dynamical motions of concentration and dissociation.

Figure 6.10a - Cube structure and Potentials. Figure 6.10b - Cube Dynamics showing Triple Planes of Inertia (courtesy of University of Science and Philosophy)

These Planes of Inertia are the boundaries between dynamical centers of 4++. They appear to be interior planes but only when considering a multitude of cubes as shown in the next section on Compound Cubes (crystals). The three interior planes as shown in the upper right graphic are arranged as Corner Cube Retro-Reflectors. Each corner reflects back to its respective 4++ center. Figure 3.26 - Formation of Spheres along Six Vectors of Cubes. (courtesy University of Science and Philosophy) (click to enlarge)

This drawing shows four of the six tetrahedron lens systems which create, and maintain, gravity-centered spheres. Obviously all six systems are not possible to show on a two-dimensional diagram.

These sexless-systems are bases for countless billions of lens-systems contained within them.

The above rule is true of all of the elements of matter, for all matter is a multiplicity of microcosmic lens-systems, created by wave interchangings, and all focus alike in each element.

Every true sphere is centered by one focal point of gravity. This is true of the hollow cathode spheres as it is of solid anode suns.

The supreme effort of nature is to compress her nine-stratal hollow wave "bubbles" of light into solid incandescent spheres of light, within which the Creator records all forms of mind-idea for unfolding into the light-wave formed images which constitute creation.

Solar systems are the seeds of suns. Through the planets of suns all idea of mind is unfolded into image forms and the drama of creation made possible that is the purpose of suns.

Trough [sic] the light of mind man acquires all knowledge of idea. Through the light of the sun man can acquire unlimite [sic], power to express his idea.