For a wave to exist there must be something to vibrate and oscillate which is to say some center that can be alternately excited centripetally and centrifugally. In relation to space in older times science accepted the Ether Theory and it was this ether, according to their theories, that responded to excitation and conveyed that excitation from a sound source throughout the medium to objects capable of responding sympathetically. In reviewing the various theories of the ether put forward at that time it can be seen from our modern perspective these theories were guessing at a quantum realm not knowable in those early days (with the sole exception in Keely) for lack of appropriate equipment and research data. They knew this quantum realm existed but their instruments were not able to detect, observe or measure any thing in this "quantum soup". Michelson failed to detect the ether (our quantum soup) because his instruments were inappropriate while he was looking for the wrong thing (as per his working definitions).

Sound Propagation
Sound waves are conventionally understood as air molecules bouncing into each other. Anyone who has ever played pool or billiards knows this cannot be true. SVP has another view as illustrated in Keely's laws listed below. The entire process of sound propagation is not confined to these two laws.

Keely
"I have spoken elsewhere of the almost infinite difficulties of getting into position, to hold hydrogen gas in suspension between soap film a proper period of time, to conduct these experiments. The setting of the other parts of the apparatus is quite easy in comparison. All wave propagations, electromagnetic or otherwise by being thus refracted can be measured in regard to the time of their propagation all of which are introductorily subservient to the luminiferous ether. The theory put forward by "men of science" in regard to electromagnetic forces shows that they are misled by the imperfection of their instruments. They are trying to measure the infinite by the finite, necessitating terms of avoidance, to the instantaneous propagation of nature's sympathetic evolutions, of the same nature as the one advanced in the assertion that a force does not exist in the interstitial embrace of all matter. ELECTROMAGNETIC RADIATION - Snell

Law of Oscillating Atoms
"All atoms when in a state of tension are capable of oscillating at a pitch inversely as the cube of their atomic weights, and directly as their tension from 42 to 63 octaves per second, producing the creative force (Thermism), whose transmissive force (Rad-energy) propagated in solid, liquid, and gaseous ether, produces the static effects (Cohesion and Chemism) on other atoms of association, or dissociation, according to the Law of Harmonic Attraction and Law of Repulsion.

Scholium: Dark radiant heat begins at absolute zero temperature, and extends through light, chemical rays, actienic rays, and infra-violet rays, up to the dissociation of all molecules to the 63rd octave." (Keely, pre1894) Dashed Against the Rock

Law of Vibrating Atomolic Substances
"Atoms are capable of vibrating within themselves at a pitch inversely as the Dyne (the local coefficient of Gravity), and as the atomic volume, directly as the atomic weight, producing the creative force (Electricity), whose transmissive force is propagated through atomolic solids, liquids, and gases, producing induction and the static effect of magnetism upon other atoms of attraction or repulsion, according to the Law of Harmonic Attraction and Repulsion.

Scholium: The phenomenon of Dynamic Electricity through a metallic conductor and of induction are identical. In a metallic conductor, the transmission is from atom to atom, through homologous interstices, filled with ether, presenting small areas in close proximity. In crystalline structures, heat, which expands the atoms, by twisting them produces striae, increases the resistance, etc. Between parallel wires and through air the induction takes place from large areas through a rarefied medium composed of a mixture of substances, whose atoms are separated by waves of repulsion of various pitches, discordant to electric vibrations; the said atoms sympathetically absorb the vibrations and dissipate from themselves, as centers, concentric waves of electric energy which produces heat and gravism." Keely

"All EM radiation is a photonic stream - NOT a wave with transverse fields." [Dr. Nikola Tesla]

Tesla stated in 1919 - "The Hertz wave theory of wireless transmission may be kept up for some while, but I do not hesitate to say that in a short time it will be recognized as one of the most remarkable and inexplicable aberrations of the scientific mind which has ever been recorded in history" [Dr. Nikola Tesla] 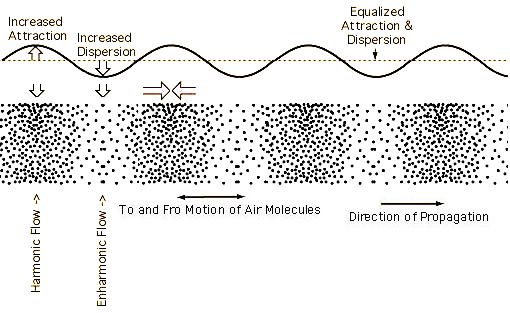 Figure 9.13 - Wave Flow as function of Periodic Attraction and Dispersion
(click to enlarge)