"The atomolic substance is what is termed the ether which fills all space and is the transmitting medium for all celestial and terrestrial forces. This is the liquid ether of occult science. The atomoles are made up of atomolini (singular atomolinus); the subdivision of matter from this point is beyond man's power, as at this point it escapes all control of apparatus, passing through glass and hardened steel as a luminous flame without heat, which is hardly seen before it vanishes, - a perpetual flame coldly luminous." Keely, The Snell Manuscript 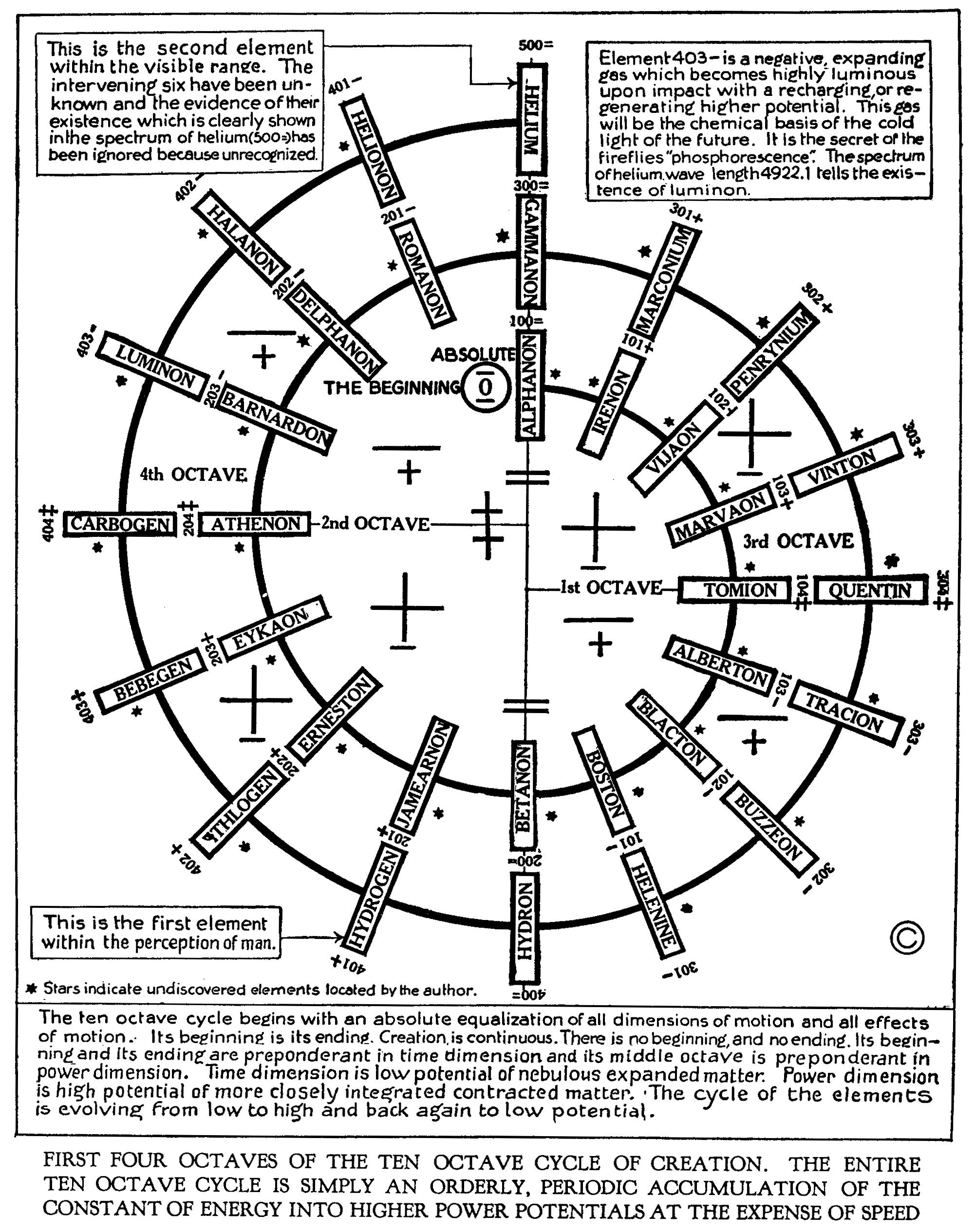 Figure 9.16 - Russell's 1-4 Octaves of Matter as Integrated Light, The Universal Constant.
courtesy University of Science and Philosophy
(click to enlarge)


The ether then corresponds to our modern Quantum Realm of matter composed of photons (light), muons, gluons, etc. The ether according to Keely was composed of minute forms of matter organized around centers. This primal form of matter he called atomoles composed of aliquot or constituent atomlini. Likewise Russell lists twenty five different forms of proto-matter (preceding Hydrogen) capable of being classed as "ether". Our modern theories of quantized energy units could all be considered as ether or etheric matter. There is no one kind or type of ether - there are many kinds and types possessing many ranges of energies. Thus the earlier scientists and philosophers theorized and postulated of and foresaw a Quantum World long before science was capable of describing, detecting and proving such a world. Our current investigations into this Quantum World of quarks, muons, neutrinos, etc. is an investigation into Keely's ether which we suppose are the rarefied elements classified in the first three octaves of Russell's Elemental Chart. It is presumed, generally speaking, Russell's First Octave corresponds to Keely's seventh subdivision or Compound Interetheric. The second octave to Interetheric and the third octave to Etheric. Octave Four is the Interatomic. While octaves 5-10 are Keely's atomic classification. These first few octaves are the sympathetic states or flows often mentioned by Keely. On the far side of the spectrum of elements are a few more octaves of dispersed energy states where energy is given up as matter dissociates into its constituent or aliquot parts - the Death side of the spectrum. These are what Keely referred to as anti-sympathetic. 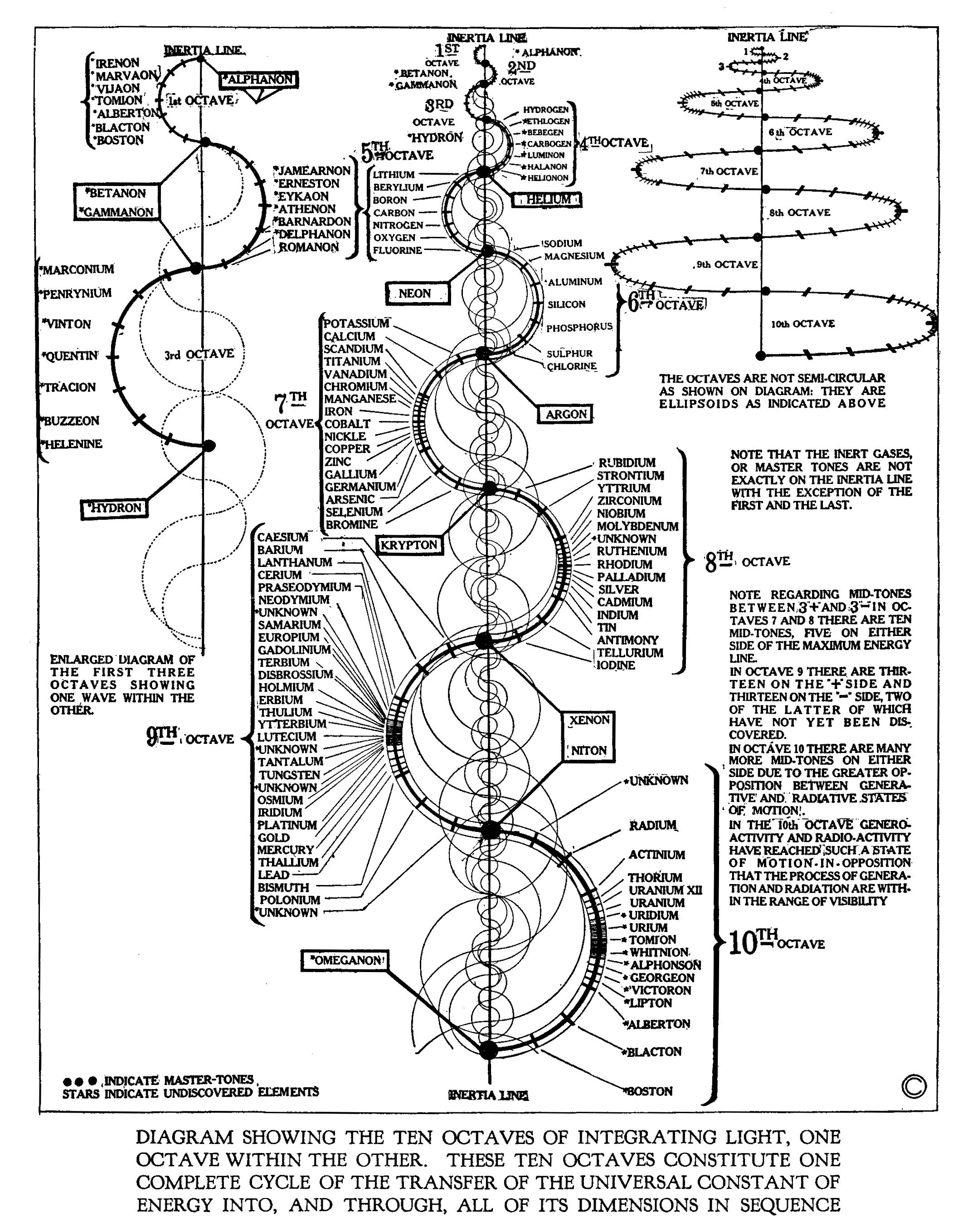