Sympathetic Vibratory Physics » In the Wave lies the Secret of Creation

In the Wave lies the Secret of Creation 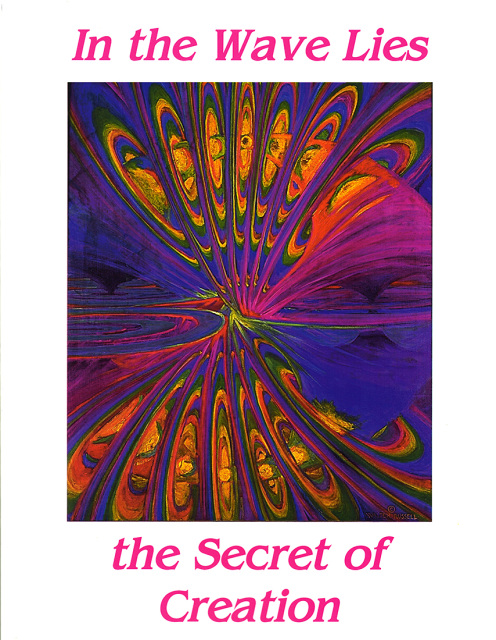 Walter Russell stated that, "In the wave lies the secret of creation." This series of full-color science paintings and black-and-white charts visually expresses the essence of Russell's whole-cycle, generative-radiative, negentropic-entropic, rhythmic-balanced-interchanging vision of universal process. Timothy Binder, D.C. provides his personal interpretations and overview of Walter Russell's cosmogony in this fine-quality publication which includes 50 color reproductions, as well as dozens of black and white charts and photographs, many of which are herein published for the first time. Dr. Sheldon of the Washington Square College Department of Physics, New York University, in 1931 encouraged Dr. Russell to produce these paintings with these words, "I am inclined to think you have found the basis for a new art - I believe anyone capable of understanding your paintings will have a much clearer conception of universal waves than he would through any textbook description." Russell's paintings will fascinate and intrigue scientist, lay-person, and artist alike. They are symbolic, visual statements of how the Cosmic drama of creation is played. 140 pages, 9" x 12" [In the Wave Lies the Secret of the Universe]