"Negative electricity is an exothermic, expansive force which is reactively absorbing a small quantity of generative light units of heat which slightly raises its potential, and is expelling a greater number of them, devitalized into magnetic radio-active emanations, thus lowering its potential." Russell, The Universal One page 81

"Negative electricity is the mother-light which radiates toward planes of the One Light at rest which bound all wave fields of motion.

"Negative electricity unwinds the light of motion from dense solidity to tenuous vacuity by expanding it into cubic wave fields of space." Russell, The Secret of Light, page 148

As we thus unfold Nature's processes and her way of working you will gradually comprehend that there is no place in God's Cosmogony for such a concept as negative electricity, or negatively "charged" bodies.

We live in a universe in which all creating, charging, polarizing, compressing and heating bodies manifest LIFE, and all discharging, depolarizing, expanding and cooling bodies manifest DEATH. One cannot say that a dying body is negatively charged, for a charging body is positive. It is living. Your car battery can be charging from its generator, and simultaneously discharging, from its use, but if you had no generator in your car the battery would discharge its charge until electricity ceased in it. While it is dying you would not even then say that it is negatively charged, for it would still be positively charged until it could no longer move. We do not say "negative sound" or "silent sound" when it is ceasing, or has ceased. Nor do we say "negative warmth," or "cold warmth," when a hot iron is cooling, or has cooled. Nor do we say "negative life," when a man is dying, or is dead."

Electricity compresses and ceases to compress, but we do not then say that it is "negatively compressed." It is for that reason we put a positive sign wherever an electric condition is existent, but there is no need for any sign unless there could be two which indicate sex, and two which indicate charge and discharge. When motion ceases electricity ceases. It is not then negative electricity - as death is not negative life. In all of these charging and discharging effects the tensions of the color spectrum parallel the tensions of electric potential. That is why they should be considered together.

If this change in our thinking is true to Nature, there can be only one kind of electricity - positive electricity, meaning "the power to charge or compress. [Atomic Suicide, page 95-96] 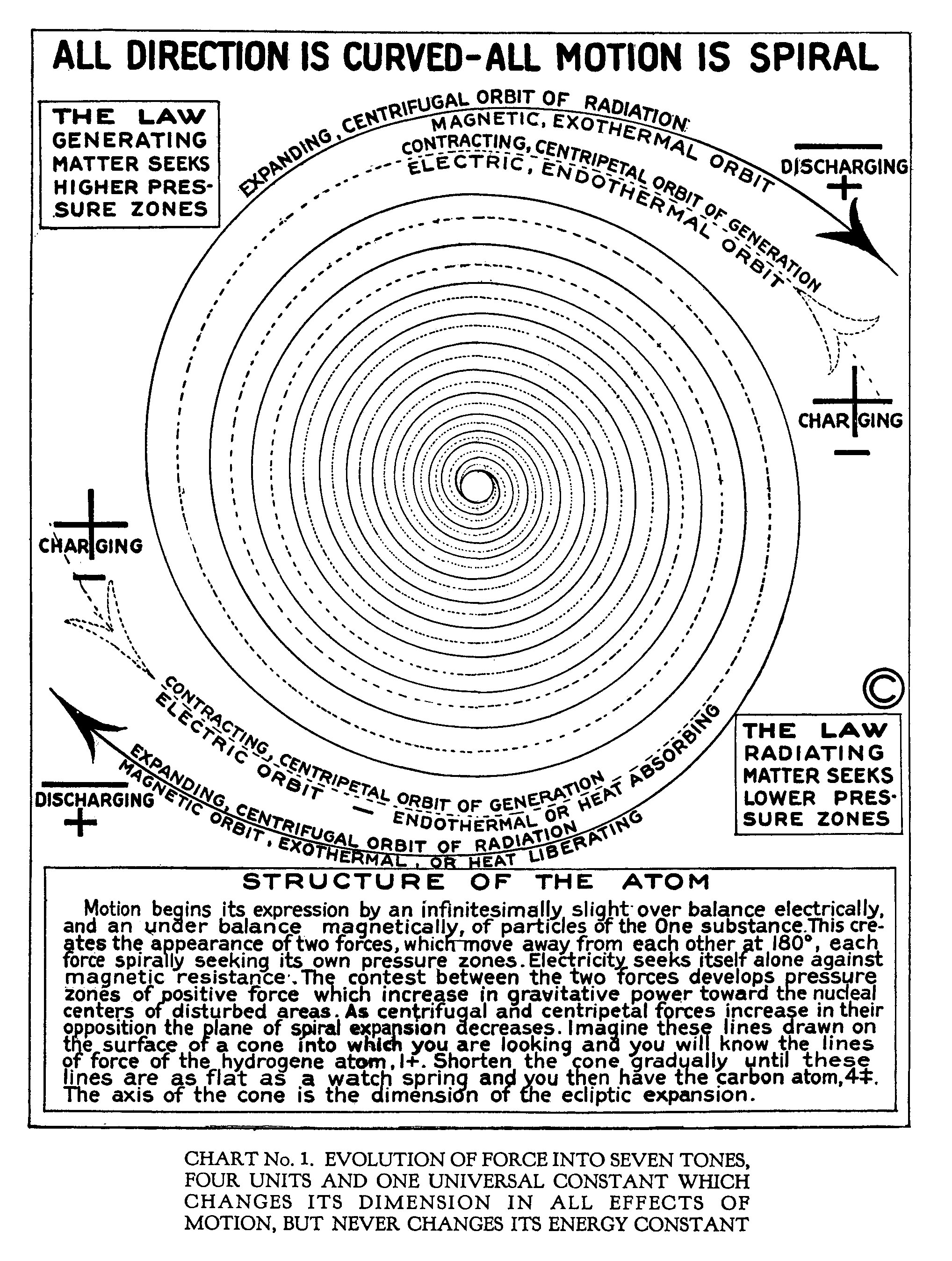 (click to enlarge)
Figure 16.07 - Magnetism is Radiant while Electricity is Concentrative or Assimilative
courtesy University of Science and Philosophy