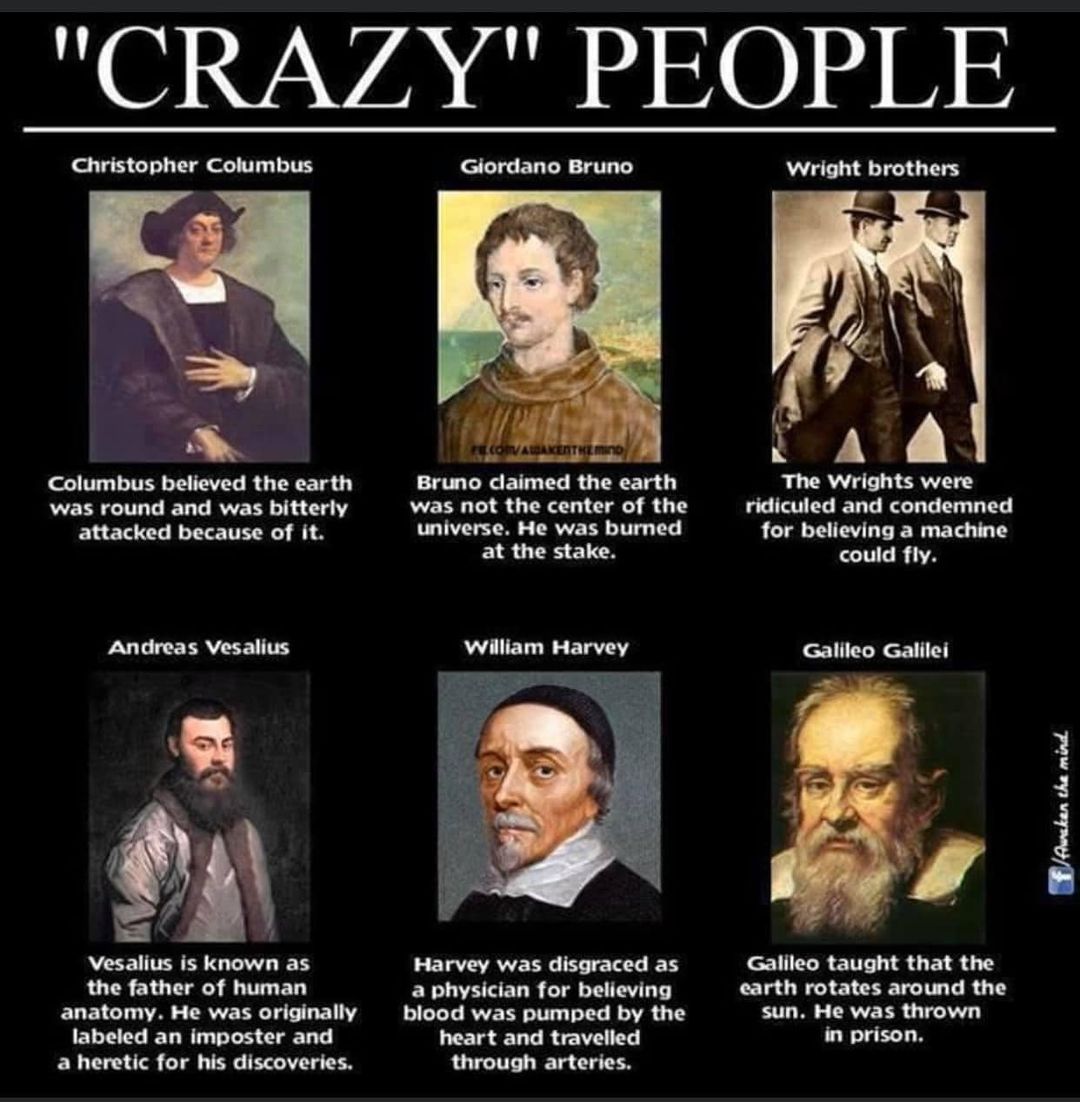 (click to enlarge)
“Here's to the crazy ones. The misfits. The rebels. The troublemakers. The round pegs in the square holes. The ones who see things differently. They're not fond of rules. And they have no respect for the status quo. You can quote them, disagree with them, glorify or vilify them. About the only thing you can't do is ignore them. Because they change things. They push the human race forward. And while some may see them as the crazy ones, we see genius. Because the people who are crazy enough to think they can change the world, are the ones who do.” ― Rob Siltanen


Keely
"Not long since, Mr. Keely was congratulated upon having secured the attention of men of science, connected with the University of Pennsylvania, to his work of research. "Now, you will be known as a great discoverer, not as Keely the motor-man," said one of them present; whom he answered, "I have discovered so little, in comparison with what remains to be discovered, that I cannot call myself a discoverer." One of the professors present took Keely by the hand and said, "You are a great discoverer." [More Science]

"In such fields of research, Mr. Keely finds little leisure. Those who accuse him of "dilly-dallying," of idleness, of "always going to do and never doing," of "visionary plans," etc., etc., know nothing of the infinite patience, the persistent energy which for a quarter of a century has upheld him in his struggle to attain this end. Still less, if possible, is he understood by those who think he is seeking self-aggrandizement, fame, fortune, or glory.

The time is approaching when all who have sought to defame this discoverer and inventor, all who have stabbed him with unmerited accusations, all who have denounced him as "a bogus inventor," "a fraud," "an impostor," "a charlatan," "a modern Cagliostro," will be forced to acknowledge that he has done a giant's work for true science, even though he should not live to attain commercial success. But history will not forget that, in the nineteenth century, the story of Prometheus has been repeated, and that the greatest mind of the age, seeking to scale the heavens to bring down the light of truth for mankind, met with Prometheus's reward." [(Keely - Cure of Disease))]

JOHN ERNST WORRELL KEELY - the discoverer of compound interetheric force, as the result of more than 20 years of persistent effort to apply this force to the operation of machinery has, at last, been enabled to produce partial continuity of motion in his engine, but up to this time, he has not so mastered this subtle force as to control reversions. The development of his various discoveries has been one uninterrupted work of evolution, reaching, within the last year, he thinks, the sphere of perfect vibratory sympathy, both theoretically and practically. The proof of this is found in the fact that he now transmits vibrations along a wire, connected at one end with the vibratory machine which is the source of power and at its other end with the engine or cannon, as the case may be, which is operated by such vibratory power. Until recently Keely stored force, as he generated it, in a receiver, and experiments were made by him in the presence of thousands at various times for the purpose of testing the operations of this force, liberated in the presence of the audience and stored up in this small receiver. The editor of the Scientific American thus describes what took place: [Snell Manuscript - The Book, page 3]

James Dewar
Professor Sir James Dewar of the Royal Institution of Great Britain, wrote in 1890: If Mr. Keely succeeds in making his discovery practically useful, as it is said he is demonstrating his ability to do - if this information be true, it is strange to contrast the past history of science with the present. Fancy the discoverer of electricity having succeeded in inventing the modern dynamo machine! This would mean the concentration of hundreds of years of scientific discovery and invention into the single life of one man. Such a result would be simply marvelous. [Professor Sir James Dewar], [Keely Supported by Eminent Men of Science]

DAVID SINCLAIR
"People then willingly receive the truth, for the fact of the matter is, they have intuitively received it before, yet the one who first announces it is called the discoverer of it." [Lux Naturae]