(aether) - Elsewhere we have specified how aether and ether are two distinctly different elements. aether is the proto form of non-observable matter before matter becomes 3-D, perceptible or observable; i.e., scalar. Ether, as a general term, corresponds to our currently acknowledged "quantum" soup of sub-atomic or quantum particles or quantum realm/world. aether then is more like an idea, thought or seed than like matter and from this introductory idea or non-form of matter are derived and developed all other forms of ether which then form into observable matter. Which developing process is both creative and evolutionary sometimes referred to as "progressive evolution" as we see in overtone development in music. There exists then a range of energy / matter that exists between the so-called Godhead of All That Is and the lowly world of 3-D 'solid' observable matter. This is the realm Keely focused much of his time and attention on as this range of proto-matter is more Causitive in its nature than Resultant sensible matter which is taken as Resultant or Effect of subtler causes (proto-matter). Thus lending support to the notion that Idea, Mind or Thought is Creative of our Resultant worldly experience. It is interesting that Walter Russell, writing nearly 40 years after Keely's pioneer work, developed a chart classifying these (at that time) unrecognized and tenuous "etheric elements" that preceed the formation Hydrogen. 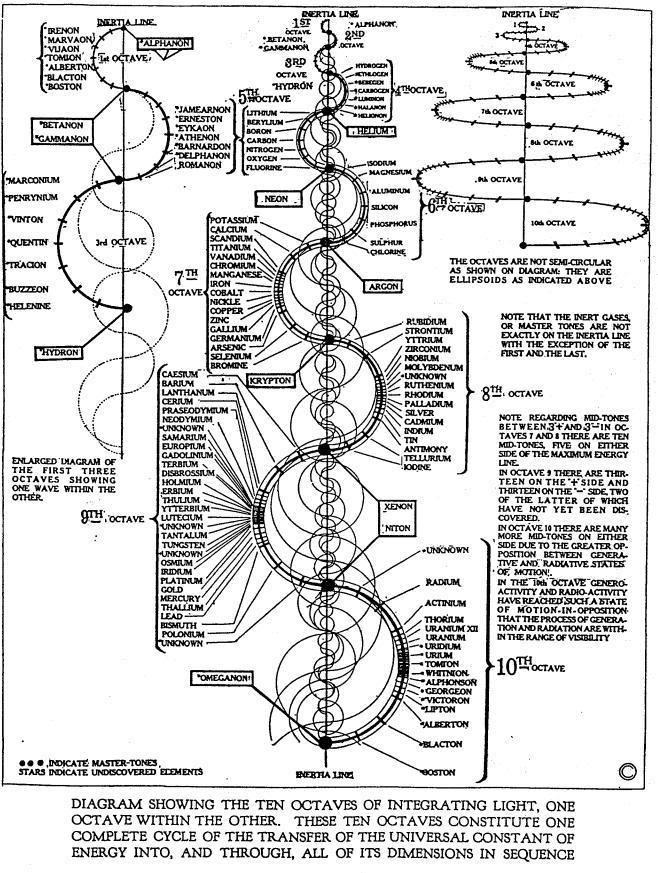 Figure 7B.08 - Russell's Periodic Chart of the Elements showing Harmonicity, Periodicity and Polarity. The vertical line down the center is the "Neutral Line" along which occurs the inert gases. (scan courtesy of University of Science & Philosophy) 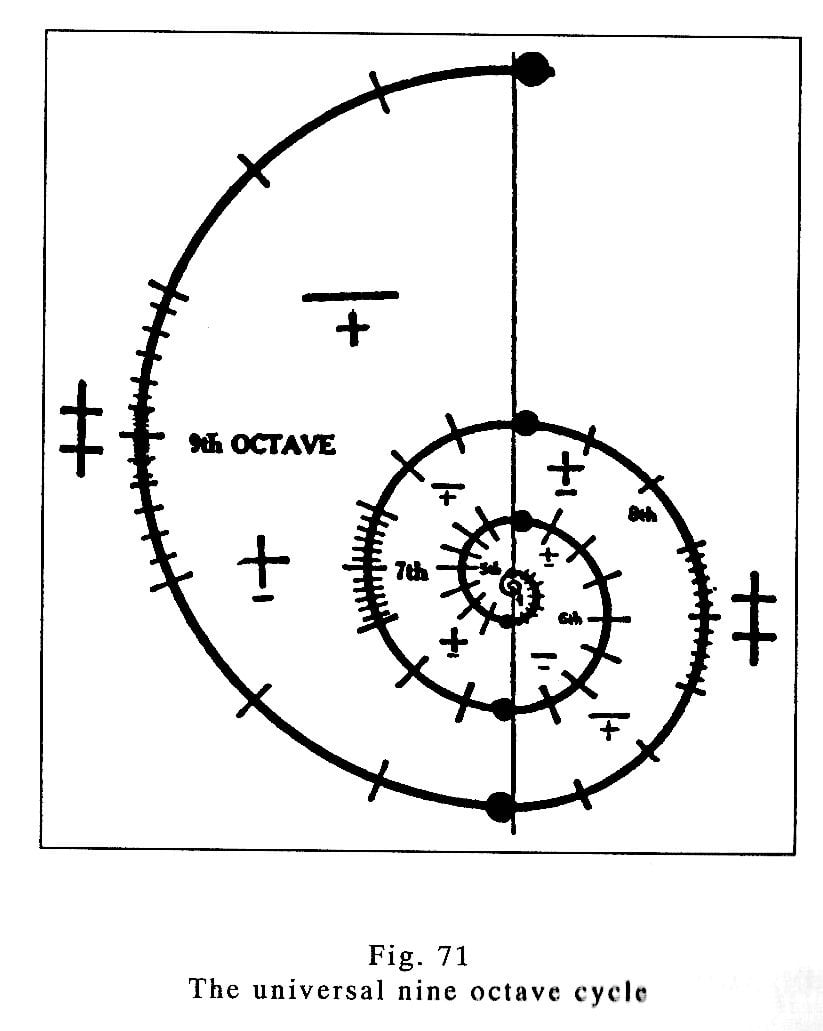