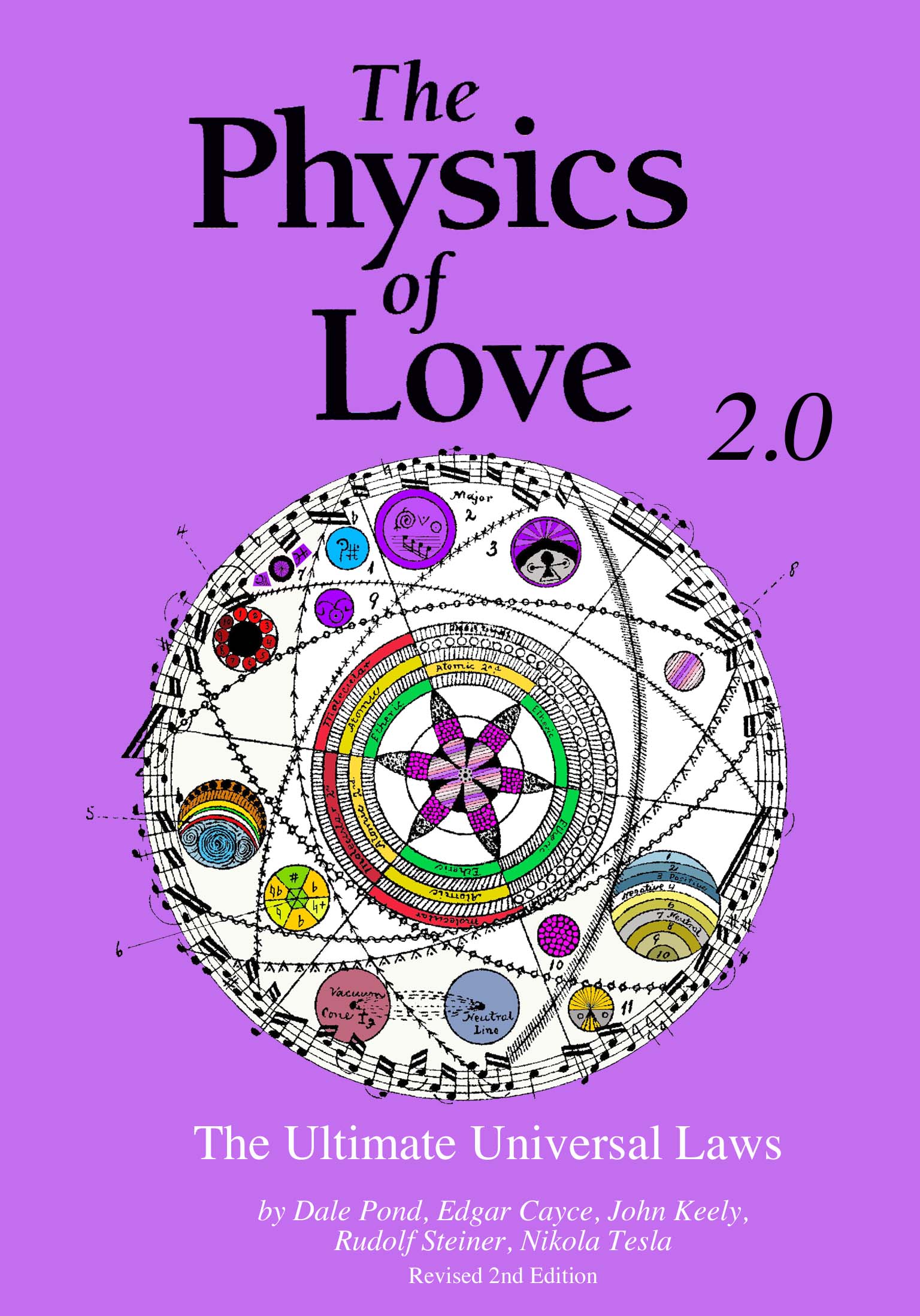 The book was originally the SVP Training Course condensed into book format. This is the beginner’s book to begin studying SVP. This new edition of The Physics of Love 1st edition brings it up to date with what has been learned about SVP since it was first published in 1994. This book is the recommended entry level introduction to SVP including the works of Keely, Russell, Cayce and many others. This rewrite is a major rewrite and reorganization of old and new materials including many new illustrations. The material is extensively referenced and footnoted. Those who have read the first edition will agree the material has been massively reworked into a coherent whole explaining the basics and connections of and between matter, energy, music, geometry, polarity, color, vibration, Spirit and Mind. This 2.0 edition is dedicated to Dr. Masaru Emoto because of his fine work with vibrations and the power of thought on our environment. 162 pages, 8 1/2" X 11". Perfect Bound. This edition is available in COLOR or B&W versions.

This book, when it first appeared in print, was far ahead of its time and even now, in 2003. it is still at the cutting edge of a futuristic science which embraces philosophy, religion and mysticism. At its core is the science of "vibration" which , of course, includes music, and all that the word "vibration" stands for, not only in the physical sense but also in its emotional and spiritual sense.

Its principal author is the American Dale Pond with a diversified background in a number of sciences as well as music. Because he has drawn so much from Cayce, Keely, Steiner and Tesla, he felt that they must be listed as co-authors. They were, in effect, his mentors. The one figure among them that could be unfamiliar to readers of esoteric literature is John Keely (1837-1898) who called his pioneering work Sympathetic Vibratory Physics, a title Pond has taken on board in his research. Keely discovered and developed sources of energy that Pond claims we have yet to understand after 100 years. In fact, Blavatsky and Steiner held that Keely's work would be the science of the future, that the fundamental basis of all natural phenomena to be vibration. It is perhaps possible to say that Keely was the forerunner of all the physicists today who are espousing the elusive superstring theory, at the heart of which are infinitesimally small vibrating string particles.

At first glance the chapter headings of The Physics of Love give the impression that this is primarily a science book with an emphasis on sound and acoustics. Yet there are also chapters on music theory, light and colour, astronomy and astrology. What informs such subjects, breaking down any barriers between science, philosophy, religion and art, are the chapters with such titles as Sympathetic Vibratory Physics, The Veil Withdrawn, In the Beginning was the Word, The Law of One and Good and Evil. How many quantum physicists even today would be quoting from St. John's Gospel, as Pond does, to demonstrate the vibratory unity of our universe.

Recently we have had a programme on Channel 4 television entitled The Theory of Everything based on a book entitled The Elegant Universe by the presenter Brian Greene. What Pond does in The Physics of Love, in his synthesis of different disciplines and the ideas of visionary thinkers, goes far beyond the superstring theory elaborated in that TV series. His book makes an immense, greater contribution to the Theory of Everything than does Greene. Undoubtedly it has a limited readership simply because many people are not comfortable when attempting to absorb scientific principles and thinking. They prefer their spiritual messages free from what might be called "left-brain activity." An effective way for Pond are illustrations. There are many in the book such as the Evolution of a Unit of Matter, the Geometry of Harmony and Spheres of Harmony and Diversity, which contemplated, can induce an expanded state of consciousness, offering revelations behind the veils of the universe.

The Physics of Love is a textbook (it even includes a Certification Self Test) for Renaissance persons who do not wish knowledge to be compartmentalized. It is for those who can intuit science in St. John's Gospel of the New Testament and religion in the discoveries of John Keely. The best knowledge, however you label it - scientific, spiritual or otherwise - offers a gateway to Unity in ourselves and in the world around us. To see it and know it in all things. Pond and his famous psychic co-authors offer a catalytic book for achieving this if you are willing to stretch both sides of the brain as its waves vibrate in sympathy - LOVE.

James DAngelo is a healing sound workshop leader and author of Healing With The Voice: Creating Harmony Through the Power of Sound. Website: www.soundspirit.co.uk

"I love this book!" Masaru Emoto (He said (paraphrased) of the first edition. This second edition is much improved.)

Dale,
"This is your best book ever!" Jerry Williams