Similar to Squaring the Circle but in 3D. Used for calculating volume changes of spheres such as may be needed using Square Law and Inverse Square Law computing expanding and contracting sound waves about a creative source.

Russell
"The sphere is a compressed cube." [Atomic Suicide, page 169] 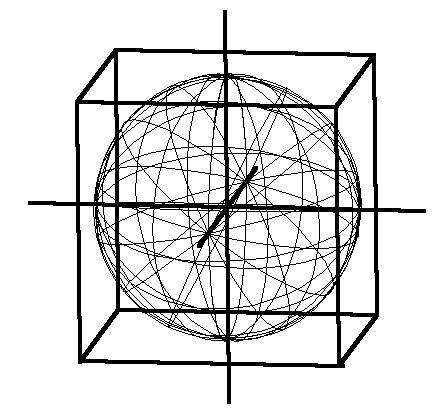 Cube Root of the Volume = SqRt of the Area = Length

Cubing the Sphere - (Sphere contiguous with and enclosed by a Cube)

Square-Cube Law
The square-cube law (or cube-square law) is a principle, drawn from the mathematics of proportion, that is applied in engineering and biomechanics. It was first demonstrated in 1638 in Galileo's Two New Sciences. It states: