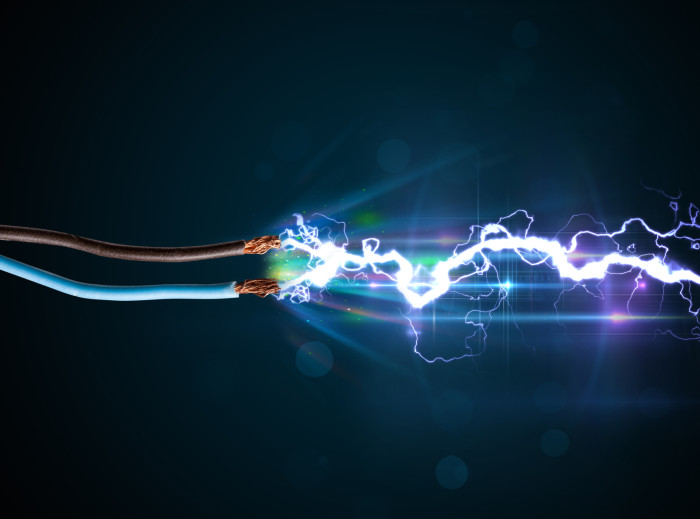 There appears to be a common thread shared between several alternative energy devices. It is the pre-glow discharge. The report on the Hans Coler device released by the British Government indicates that there is excess energy released when electrical contacts are opened and closed. The Lester Hendershot device utilized a buzzer circuit that opened and closed its electrical contacts. In the Alfred Hubbard coil pre-glow discharge flowed through electrical contacts, a distributor cap and radium soaked spark plug. The Joseph Newman motor used a sparking commutator. Thomas Moray invented a glowing, cold cathode discharge tube that was the heart of his radiant energy generator. Hermann Plauson was granted U.S. Patent No. 1,540,998 that used spark gaps to convert atmospheric energy. Frank Wyatt Prentice was granted Canadian Patent No. 253,765 that detailed his invention, which lighted 50 sixty-watt carbon lamps with an input of only 500 watts. His invention utilized a spark gap driven high frequency tuned resonant system. Chancy Britten used pre-glow ion valves constructed with a central wire that was surround by a coil of wire which is described in his US Patent No. 1,826,727. Britten's valve was said to have lit up his home in the 1930's according to a local newspaper article of that time period. Alexander Chernetski experimented with what appears to have been a type of ion-valve that was filled with hydrogen gas. It is said that he got up to five times more energy out of his device than what he put into it. Edwin Gray was granted U.S. Patent No. 3,890,548 for his efficient spark gap driven capacitive-discharge motor. He improved on this patent by replacing the spark gap with a pre-glow discharge switching tube. His U.S. Patents No. 4,595,975 and No. 4,661,747 describes this tube in detail. Gray's patents claim to conserve battery power by sending unused energy back to the supply batteries. Gray thought that counter-electromotive force was solely responsible for recharging the batteries in his system. Radiant energy was generated during the pre-glow discharge cycle that also contributed to recharging the batteries. Paulo N. Correa and Alexander N. Correa obtained patents to their pre-glow discharge system that recovered energy and recharged a battery.

A pre-glow discharge generates radiant energy. The wattage produced will depend largely on the type of electrode materials that are used. I do not suspect that the above referenced inventors knew that their systems were generating and feeding back energy to their respective circuits.

According to the "sea electron model" metals are bonded to each other through electron sharing. In the embodiment in Figure 4 the negative charge on the wire negatively ionizes any gas that contacts it. These ions rush towards the positively charged cylinder. When an ion that carries an excess electron hits head-on with a positively charged metal atom the electron combines with atoms of the metal. The electron that is absorbed by the metal atom passes along its kinetic energy. This causes the metal atom to oscillate generating a photon burst. When ultraviolet photons are generated and impinge upon atoms some of these atoms are dissociated and excess electrons are released. The sea electron model helps to explain this effect. The model suggests that metal atoms be bathed in a sea of valence electrons. If this model is taken one step further it can be seen that when metallic atoms are dissociated from each other excess electrons are released in the form of raw electrical energy. This occurs because the electrons no longer take part in the interatomic binding force that existed before the disintegration took place. It becomes clear that impinging photons break the binding force between the interatomic structure. The freed electrons will add amperage to the output circuit to which it is connected. Henceforth, the equation I x E = P holds true in this system. Where, "I" represents the electrons (amperage), "E" electromotive force (ionic voltage), and "P" the power generated. [Bruce Perreault, 03/25/03]