Earlier called Chladni Plate Vibrations where sand or other light weight powder is caused to move upon a flat vibrating plate or membrane. See #24 in Principles of Acoustics also Table of Plate Harmonics and Intervals, Modal Analysis

“cymatics (from Greek: κῦμα “wave”) is the study of visible sound and vibration, a subset of modal phenomena. Typically the surface of a plate, diaphragm, or membrane is vibrated, and regions of maximum and minimum displacement are made visible in a thin coating of particles, paste, or liquid. Different patterns emerge in the excitatory medium depending on the geometry of the plate and the driving frequency.”

Robert Hooke experimented with geometric patterns on a piece of glass in 1680. https://en.wikipedia.org/wiki/Robert_Hooke#Mechanics

Ernst Chladni picked it up from Hooke in 1787 or so. https://en.wikipedia.org/wiki/Ernst_Chladni#Chladni_figures

Megan Watts Hughes In 1885, while exercising her voice, she accidentally discovered what she called "voice-figures" or "voice-flowers", patterns created by the natural phenomenon of standing-wave resonance. She described the process by which she used "a thin layer of liquid" on the disc of the eidophone to assess whether the voice is singing the note "too forcibly", and found that liquids such as colored glycerine produced intricate, flower-like patterns in the liquid. In this she was unknowingly elaborating on research begun by Ernst Chladni, who used powder rather than liquid to make the patterns. She later demonstrated these at a meeting of the Royal Society. She wrote a scientific paper in 1891 and she also wrote a short book on the subject entitled The Eidophone Voice Figures: Geometrical and Natural Forms Produced by Vibrations of the Human Voice, published in 1904. Wikipedia, Voice Figures http://silentlight.blogspot.com/2010/11/voice-figures.html

Hans Jenny published about his cymatics work in 1967 and 1972. https://en.wikipedia.org/wiki/Hans_Jenny_(cymatics)

I built my first cymatics device in 1986 using an audio speaker and vibrating membranes; a rubber balloon for solid powdered objects and an aluminum cookie pan for vibrating liquids. A second cymatics device was built in 1990 and used a sold state transducer/accelerometer to vibrate a flexible rubber membrane as also a solid metal plate. I built a third cymatics device in 1994 using the same set up described for the first device above described. All of the above devices were demonstrated before others. Dale Pond

^Cymatics patterns: I see many on the web referring to the Cymatics patterns formed in water as sound wave patterns. This is only partly true as what is really vibrating in response to the sonic inputs is the container holding the water. So the water patterns we see are an effect of the motions of the container - a secondary effect. One can see this by inserting a different container excited at the same frequency changes the water patterns. Plus they are 2d images depending on the manner they are being viewed. Keely resonated his spheres to achieve certain effects. The important function is within the volume of the sphere and the media (type of gases) contained in that volume. The sphere's interior shape contributed to wave initial patterns. I'm sure the substance of the sphere introduces additional effects but not sure how to figure that.

The technology of the effects of applied sound to the human body from a therapeutic approach. Developed by earlier explorers in sound and vibration such as Hans Jenny, Dr. Peter Manners and many others and having its roots in radionics and sound. Man has long known that sound has the power to order and re-order physical matter to hold or create form. The conception of "form" in organically active nature must not be limited merely to that of the body's spatial outline. This was explained in Ruskin's definition of the spiritual principle active to plant-formation as "the power that catches out of chaos, charcoal, water, lime, and what not, and fastens them down into a given form."

Cymatics video created by Jeremy Pfeiffer at the PSI Institute.

Besides the external order of matter revealed in space form, there exists also an inner qualitative order expressed in a body's chemical composition. Upon this chemical order is based all that we encounter as color, smell, taste, etc., of substance, as well as its nourishing, healing or harmful properties. Accordingly, all these parts of an organism both in plant kingdoms and within the higher organisms have a certain inner material order, apart from their characteristic space form and structure. The one is never present without the other and are in some way causally connected. We have therefore deduced that sound is the formative power of shape and form in space.

Cymatics video created by Jeremy Pfeiffer at the PSI Institute.

Now let us look at chemistry which activates the shape and form. We must be aware that by the word chemistry in this connection we mean something much more far reaching than the chemical reactions which we can bring about by the reciprocal affinity of physical substances however complicated these may be. Where the forces of sound and chemical action take possession of matter form within it will produce form of a different kind.

A harmonic frequency computation corresponding to the natural harmonic of the structure can be transmitted by means of the application into both the meridian point and the affected area. This will result in a feeling of relaxation in the area and easing of pain. It is therefore possible to administer even into highly inflamed areas or damaged or bruised conditions. Fractures etc. can all be effectively treated giving ease and comfort, and at the same time stimulating the healing and regenerative condition of the structure and organ. (source of this article unknown)

Look to the principles and laws of sound and vibration to understand the formative (syntropic) and dispersive (entropic) qualities of matter in periodic motion.

Search YouTube for "cymatics" to see videos of this phenomena. Cymatics web site 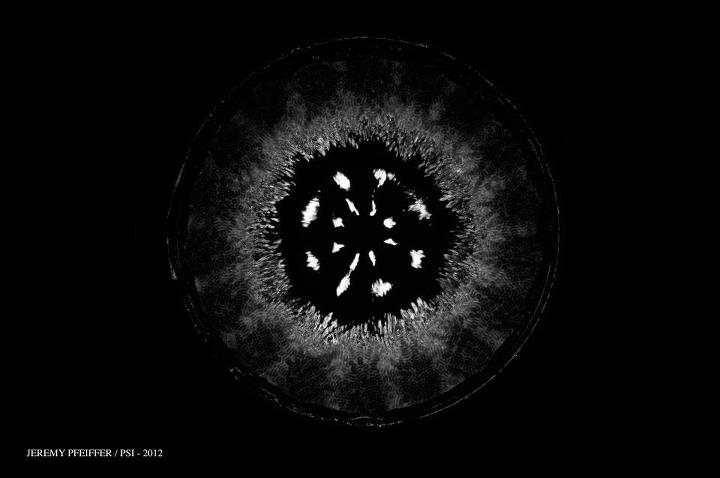 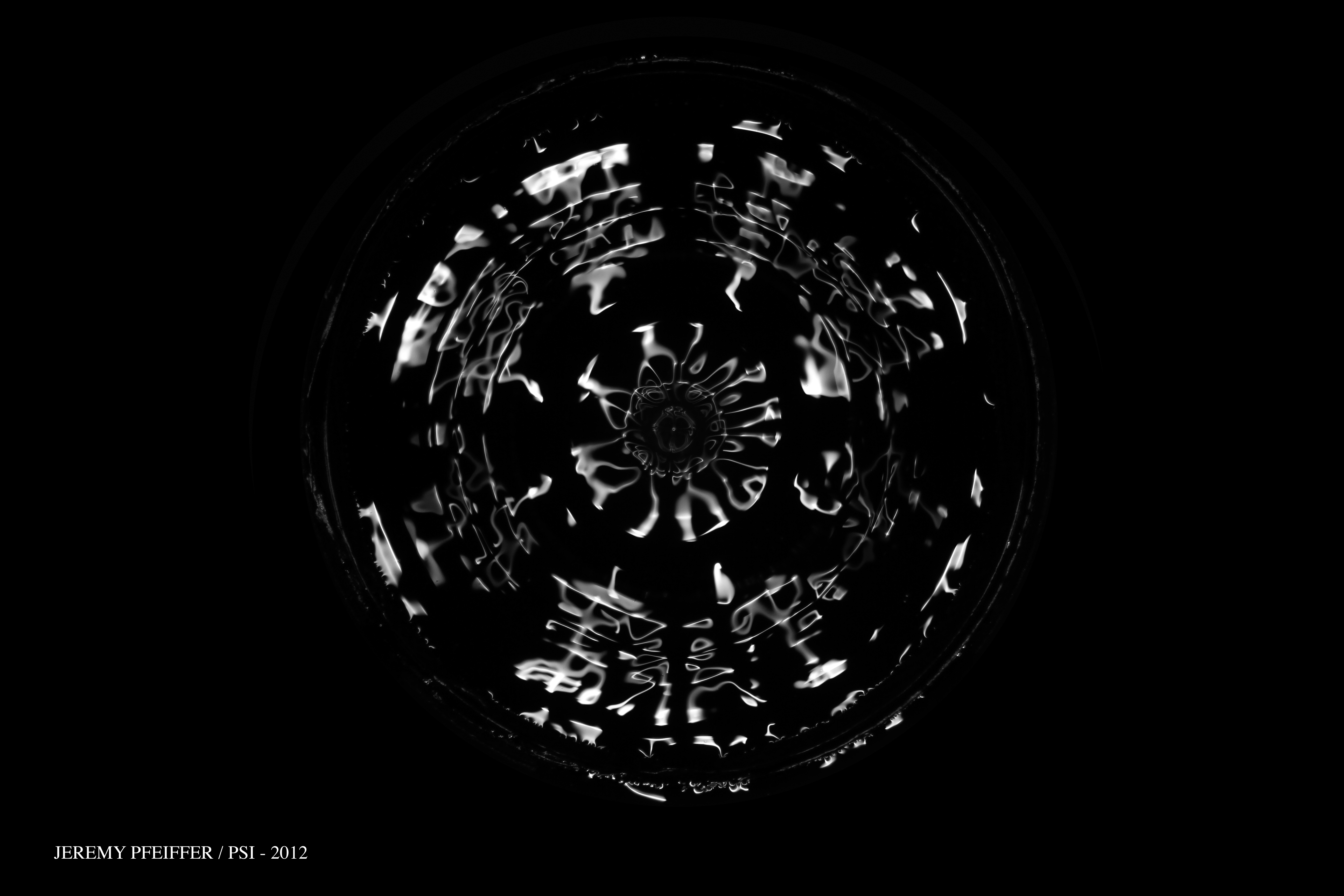 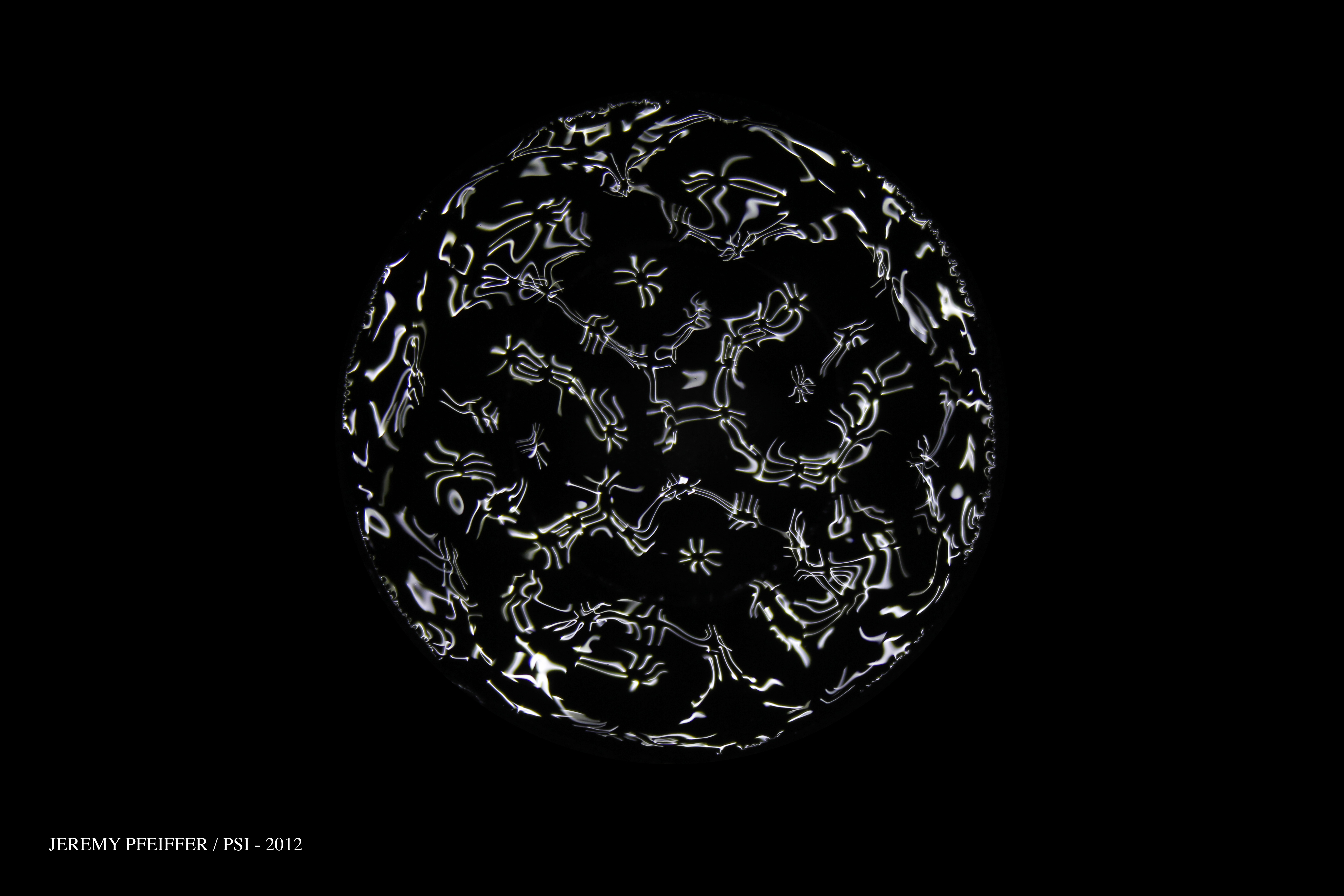 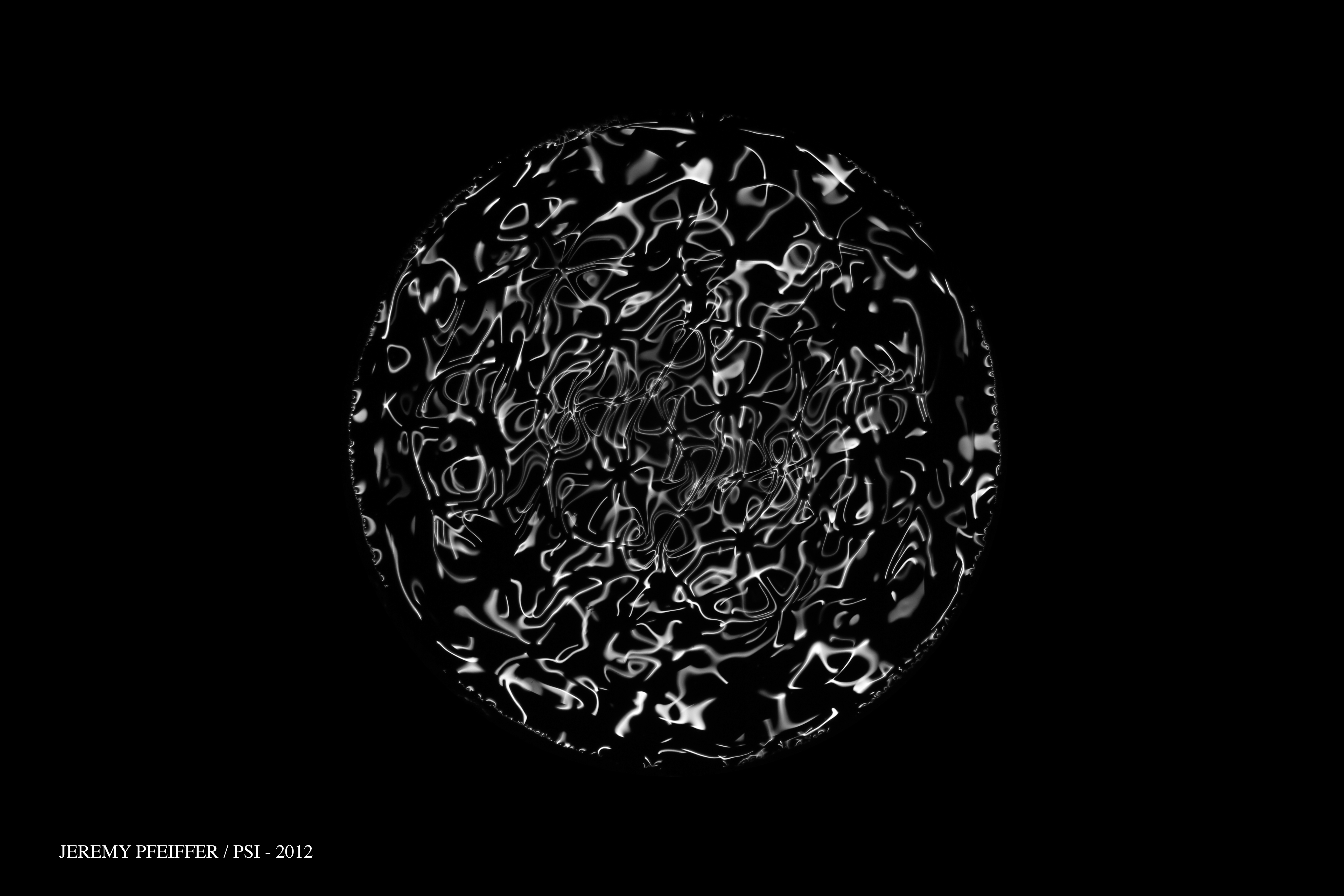 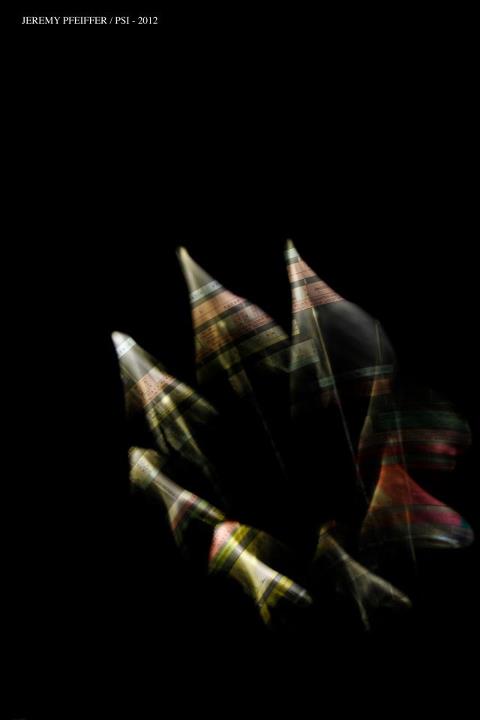