Holographic interferometry is a technique which enables static and dynamic displacements of objects with optically rough surfaces to be measured to optical interferometric precision (i.e to fractions of a wavelength of light). These measurements can be applied to stress, strain and vibration analysis, as well as to non-destructive testing. It can also be used to detect optical path length variations in transparent media, which enables, for example, fluid flow to be visualised and analysed. It can also be used to generate contours representing the form of the surface. 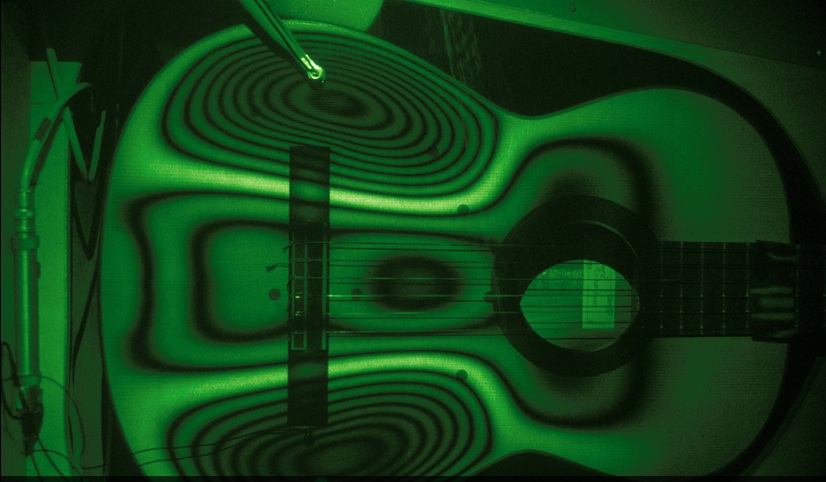 
Holography enables the light field scattered from an object to be recorded and replayed. If this recorded field is superimposed on the 'live field' scattered from the object, the two fields will be identical. If, however, a small deformation is applied to the object, the relative phases of the two light fields will alter, and it is possible to observe interference. This technique is known as live holographic interferometry.

The form of the fringe pattern is related to the changes in surface position or air compaction.

Many methods of analysing such patterns automatically have been developed in recent years. (wikipedia)