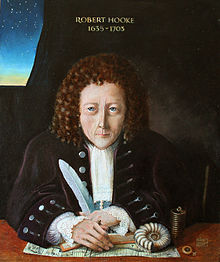 His adult life comprised three distinct periods: as a scientific inquirer lacking money; achieving great wealth and standing through his reputation for hard work and scrupulous honesty following the great fire of 1666, but eventually becoming ill and party to jealous intellectual disputes. These issues may have contributed to his relative historical obscurity.

He was at one time simultaneously the curator of experiments of the Royal Society and a member of its council, Gresham Professor of Geometry and a Surveyor to the City of London after the Great Fire of London, in which capacity he appears to have performed more than half of all the surveys after the fire. He was also an important architect of his time – though few of his buildings now survive and some of those are generally misattributed – and was instrumental in devising a set of planning controls for London whose influence remains today. Allan Chapman has characterised him as "England's Leonardo".

His reputation suffered after his death and this is popularly attributed to a dispute with Isaac Newton over credit for his work on gravitation, the planets and to a lesser degree light. His dispute with Oldenburg about whether Oldenburg had leaked or passed on details of Hooke's watch escapement to others is another well-known example.

Newton, as President of the Royal Society, did much to obscure Hooke, including, it is said, destroying (or failing to preserve) the only known portrait of the man.Wikipedia, Robert Hooke

"On 8 July 1680, Hooke observed the nodal patterns associated with the modes of vibration of glass plates. He ran a bow along the edge of a glass plate covered with flour, and saw the nodal patterns emerge. In acoustics, in 1681 he showed the Royal Society that musical tones could be generated from spinning brass cogs cut with teeth in particular proportions"
https://en.wikipedia.org/wiki/Robert_Hooke

In February 2006, a long-lost copy of Hooke's handwritten notes from several decades of Royal Society meetings was discovered in a cupboard in Hampshire, England. The balance-spring priority controversy (with Huygens) appears, by the evidence contained in those notes, to be settled in favour of Hooke's claim.

"2003 marked the 300th anniversary of the death of Dr. Robert Hooke, a formidable and highly respected figure of 17th century science. Hooke was one of the foremost exponents of the new "experimental method", carrying out groundbreaking work across a wide spectrum of scientific disciplines, yet his reputation has long been overshadowed by his contemporary Sir Isaac Newton, with whom he came into a bitter rivalry. Yet Hooke was performing original researches into gravity whilst Newton was still an undergraduate, and in many ways Hooke's optical researches formed the springboard for Newton's. Hooke explored subjects as diverse as physiology, horology, astronomy and microscopy, his book Micrographic being a bestseller of the time. He was also Surveyor to the City of London following the Great Fire and a respected architect, the Royal College of Physicians and Bedlam hospital being amongst his work, while he cooperated with his friend Sir Christopher Wren on buildings including the Monument and the Royal Observatory, Greenwich."

Quotes about
"If there was one single mechanical principle which Hooke saw as present in most parts of physical nature, it was vibration. In all branches of physical research, he saw vibration, or the activation of wave patterns, as the thing which moved from an active and particular source, through its appropriate ether, to produce a measurable effect." [Chapman, Allan; England's Leonardo - Robert Hooke and the Seventeenth-Century Scientific Revolution, page 45]

"It was his ingenious devices that led him to believe that 'vibrations' or wave forms were primary to the whole of nature." [Chapman, Allan; England's Leonardo - Robert Hooke and the Seventeenth-Century Scientific Revolution, page 96]

"His aspiration to objectivity, however, lay in his readiness to look at things in their own natural context as far as was possible, and not to attempt to squeeze them into established formats suggested by classical or Biblical literature." [Chapman, Allan; England's Leonardo - Robert Hooke and the Seventeenth-Century Scientific Revolution, page 136]