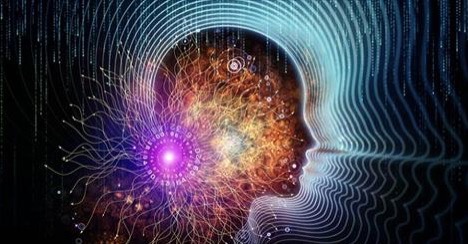 A sense beyond the ordinary five senses. Expanded consciousness or awareness. Sometimes called psychic sense, intuition or psychic ability. Knowing or being aware by other than the ordinary five senses. The sixth sense can be an expanded band or range of frequencies of any of the five senses. For instance, seeing infrared (below the visible spectrum) or ultraviolet light tones (above the visible light spectrum) which are not usually seen with the human eye is an expansion of the sense of sight. Or hearing frequencies beyond the usual hearing acoustic range of 50 Hz to 20,000 Hz. Most usually though the sixth sense refers to knowing (clairvoyance) as in Mind to Mind communication, intuition, gut feeling or hunch.

David Sinclair
"Man will believe that his frame has lost, through disuse, limbs, yet it seems never to strike him that by the self-same law of Nature he has lost a sense, or let it lapse into a state of inanition. Now, in his darkness, he is crying for its help without knowing of its existence. There is a great social upheaval now developing through this very groping demand; unfortunately, it is being diverted into political channels, and so the geniune development will be retarded. As political ends are attained, nothing but disappointing paltry politics holds out some apparently satisfying lure, and distracts the intellectual attention from the real source of all discontent and human craving. Every new political reform is but a puny wile that beguiles the earnest research for truth into an alluring but never satisfying course. There is a national cry of distress from every civilized nation. It is a psychological, not political cry. Never was there such a human cry for help. In the secret chamber the heart that knows its own sorrow cries in the dead of its night for light. Religious bodies publicly recite their creeds with a vague satisfaction that will not bear the strict scrutiny of conscientious analysis. Many honest and good people exile themselves from their fellows in the vain hopes that thus away from contamination they may see the light and the truth, because they misunderstand the craving of their souls for this sixth sense. The masses strive against the classes because Nature cries aloud in them to believe and trust this sense and relieve it from its bondage, but they only judge their condition by their five recognised senses, which tell them they are downtrodden and despised by their fellows in better social circumstances, who themselves live in darkness and endure similar struggles about the mysteries of life. The struggle for social equality goes on in the belief that that will be the antidote for all the ills their flesh is politically heir to. Nothing but equality of darkness can come of it. Men are unwittingly trying to satisfy the cry of the soul with political food. The living soul cries aloud for food which is not merely religion, and men try to feed it with carnal food, which it refuses. Man demands his political rights, and overlooks the demands of his highest intellect for its rights, which are knowledge, light, and truth, and as long as these demands are unsatisfied there will be no peace. These demands will never be satisfied until this sixth sense is recognised and obeyed. The recognition of this sense lies in the belief that "in the Creator is that sympathy which the creature, by created means made known to him, must imbibe as the requisite motive power for promoting true human happiness." All hitherto unaccountable discontent in the world is caused by the efforts of this sixth sense to resuscitate itself. The great detriment to the abolition of this discontent is that it invariably seeks a political refuge, and political place-seekers have no difficulty in baiting their bellowing tongues with illusory promises. Were it possible to abolish politics, the great producer of suppressed human fever, the resurrection of the sixth sense would soon take place. The great war between labor and capital is a mere political diversion from the real point at issue; it is the originating cause of the discontent made by the determined assertion of this sixth sense for the possession of its right sphere in the constitution of man. So every political reform is the human remedy for satisfying the misunderstood craving of this innate power. Some are so weak in discernment that they cannot perceive in themselves any signs of the existence of this sense. Some know there is a demanding power within them for the accomplishment of some duty, but they cannot definitely discern what it is. If inward discernment were cultivated the song of life would be very different. The wrong remedies are applied to intellectual ailments. The miseducated but good youth who is determined to do well in the world starts life with the inviolate ten commandments enthroned on a clear conscience, yet finds the battle of life unreasonably hard. Is it to be wondered at that all his noble, useless efforts should produce instability of character and scepticism? On the contrary, the wonder is that he does not become an atheistical iconoclast, and set his face against everything human and divine. How can a man attain to faith in what produces nothing but disappointment, and when faith or hope is gone how can there be stability of character? Any philosophy that has no equivalent for this sixth sense must produce instability of character - a ruinous weakness in man, government, and nations. National systems of education admit that the individual is guided by the providence of God, but not that each individual has, as it were, that guiding providence in his constitution as a part of himself. It follows that those who are not specially led by special providence are beyond the pale of providence. This is an unjustifiable belief, and accepts the position of man as being not "a little lower than the angels" but as a great deal lower than that of brute beasts, for even the sparrows are cared for by a special providence." [David Sinclair, Vera Vita the Philosophy of Sympathy part 2 of 2]

On the So-Called Alternative Vision or Direct Vision Phenomenon Abstract - In this work, we present the first results of the study of the so-called alternative or direct vision of sighted and weakly-sighted subjects and the related brain activity. The aim of the work was the verification of the facts of alternative (direct) vision and testing the possibility to measure the related physiological parameters (physiological correlates). In this paper, we present the results of the visual observation of subjects displaying the ability to see with the eyes closed and the electrophysiological analysis (EEG, evoked potentials) of the brain of these subjects. To detect the brain correlates of this phenomenon, we compared the spontaneous activity of the brain (EEG) during the viewing of pictures and the comparison of evoked potentials (EP) during the execution of the same type of tasks involving the classification of pictures with common visual perception and the so-called alternative vision. Seven students of a high school who were trained with the B.M. Bronnikov method took part in the study. All subjects exhibited the ability of alternative vision in various test conditions. EEG data support the reorganization of brain activity to a different functioning mode during the functional tests involving 'viewing' objects with the eyes closed. Alterations of the [_]-activity are the most demonstrative. Statistically significant differences in the EP between image classification with and without a mask were revealed. These differences are individual-specific and nonstationary in their pattern. The discussion emphasizes the prelimi- nary character of the study and the complexity of the instrumental methods used. However, the results are pos- itive both with respect to the existence of the phenomenon and the possibility to study its objective correlates. It is hypothesized that the - skin vision - and activation of brain reserves could be involved in this phenomenon.