3.03 - Vortexial Motion - As an expanding wave front of an entropic wave reaches the Plane of Inertia it reverses polarity and begins to collapse back (syntropy) to the center due to mutual assimilation between all participating particles/centers. Concurrently the wave, as it moves outward towards the Plane of Inertia, loses energy, loses polarity and loses form in direct proportion to its distance from the center and approximates the Plane of Inertia. See Square Law The participating particles assimilate going in syntropically but mutually disperse going out entropically. The collapsing syntropic wave encounters and conflicts with more entropic wave fronts. This confliction of mixtures of varying polarizations results in the inward and outward vectors skewing or slipping around each other thus initiating vortexial motions. The skewing around each other occurs by virtue of the LEVELS or DEGREES of Polarization as may be seen in Russell's Focalizing Lenses graphics and represented in his Scale of Locked Potentials. It is further seen that once polarization is initiated vortex or gyroscopic motion is natural and seemingly spontaneous.

Notice the Striations in the Vortex Column

"The order of vibration associated with the transmission of odor acts by sympathetic negative interference; and, consequently, moves in circles, with a velocity of 220,000 per second, at least." Keely and His Discoveries

Some fascinating videos of vortices in action, collisions, etc.
http://serve.me.nus.edu.sg/limtt/ 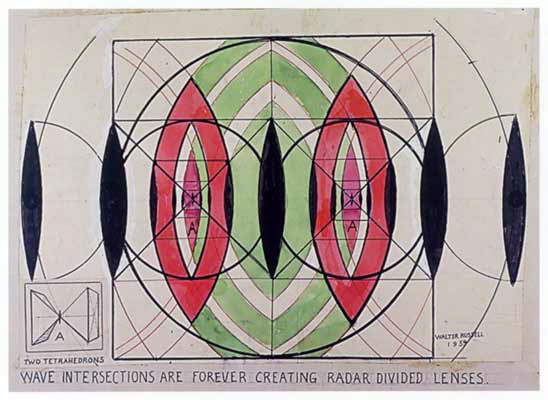 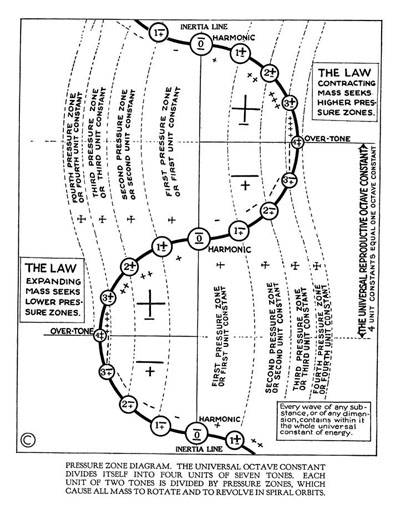