"Fig. 63 is the body end of the cosmic bridge. It is that which is projected. It is motion compressed into a spherical image of the transient form that is eternally recorded in the hole which is within the four rings of the seed. That sphere is also composed of eight parts, and is centered by the zero of its Source." [Atomic Suicide, page 258]

"Every polarized action-reaction counts up to nine – never more – never less. The wave octave formula for the elements of matter and the color spectrum is nine – being eight, centered by zero, as follows:

upon which our decimal system is founded. 1. The total count of equators is nine. 2. The eight corners of the cube, and its centering zero, equal nine. 3. The eight sections of the divided cube, centered by zero, are also nine.

4. The zeros upon each of the nine equators total nine, being eight centered by zero. [Atomic Suicide, page 113] 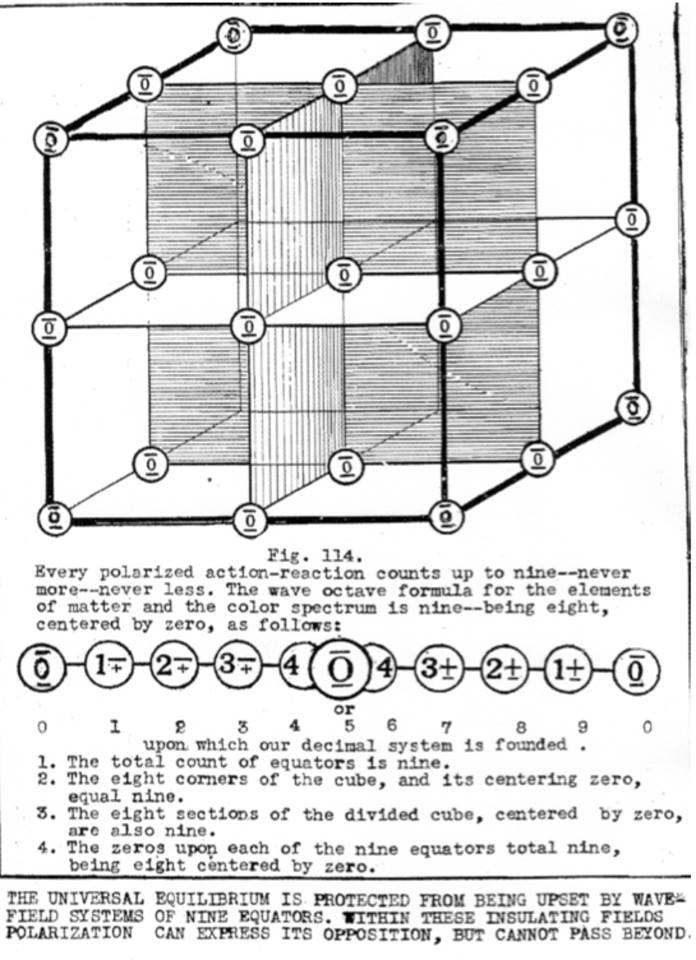