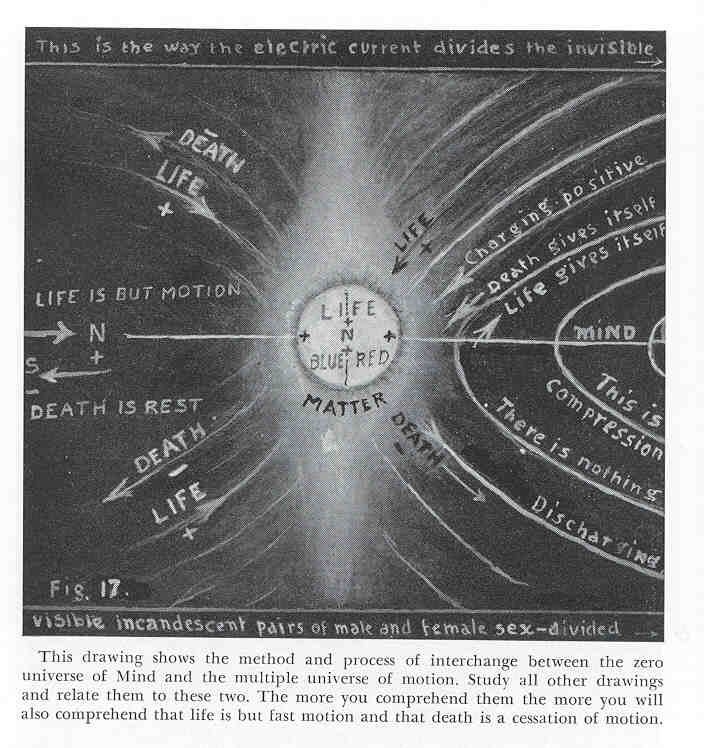 This drawing shows the method and process of interchange between the zero universe of Mind and the multiple universe of motion. Study all other drawings and relate them to these two. The more you comprehend them the more you will also comprehend that life is but fast motion and that death is a cessation of motion.


What you have never realized in this respect, is that you are endeavoring to translate the unfamiliar zero universe of Mind-Idea, which has no dimension, into the universe of dimension which you are familiar with. [Atomic Suicide, page 240]