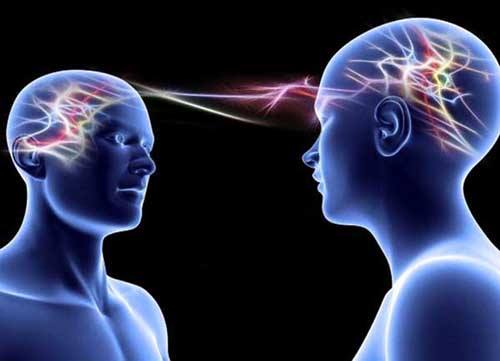 The Menorah a monthly magazine for the Jewish home May 1896 volume xx No.5.

An article appeared quite recently in a New York[1] paper relative to an alleged discovery of a machine which could record unuttered thoughts upon a cylinder. It is also claimed by the inventor, Julius Emmer of Washington, that the cylinder can be made to communicate such recorded thoughts directly by means of conductors to another brain so that the subject would become conscious of the unuttered thoughts so recorded.

Before ridiculing such an idea, which we are tempted to do, it is best for us to become acquainted with what has been accomplished by actual experiment in the endeavor to demonstrate that thought force is correlated to the other forces of nature.

This problem was answered by an experiment conducted by Dr. J. S. Lombard in the year 1867. Experiment demonstrated that any change of temperature within the skull was soonest manifested externally in that depression which exists just above the occipital protuberance. Here Lombard fastened to the head at this point two little bars, one made of bismuth, the other of an alloy of antimony and zinc, which were connected with a delicate galvanometer capable of measuring 1/4000th of a degree centigrade; to neutralize the result of a gradual rise of temperature over the whole body, a second pair of bars, reversed in direction, was attached to the leg or arm, so that if a like increase of heat came to both, the electricity developed by one would be neutralized by the other, and no effect would be produced by the needle unless only one was affected. By long practice it was ascertained that a mental torpor could be induced, lasting for hours, in which the needle remained stationary. But when a person knocked on the door outside of the room, or a single word was spoken, even though the experimenter remained absolutely passive, the reception of the intelligence caused the needle to swing through twenty degrees.

Prof. Geo. F. Barker, in explanation of this production of heat said: "The analogy of the muscle at once suggests itself, no conversion of energy is complete, and as the heat of muscular action represents force which has escaped conversion into motion, so the heat evolved during the reception of an idea is energy which has escaped conversion into thought, from precisely the same cause." The experiment conducted by Dr. Lombard demonstrated that the amount of heat developed by the recitation to one's self of emotional poetry, was in every case less when the recitation was oral; this is, of course, accounted for by the muscular expression.

Chemistry teaches that thought force, like muscle-force, comes from the food and demonstrates that the force evolved by the brain, like that produced by the muscle, comes not from the disintegration of its own tissue, but is, as Prof. L. H. Wood says, "the converted energy of burning carbon.''

Prof. F. A. P. Barnard has said "Thought cannot be a physical force, because thought admits of no measure." Still, when such facts as stated above are considered, are we not justified in the belief that thought force is in some mysterious way correlated to the other natural forces. It is a conceded fact that every external manifestation of thought force is a muscular one, as a word spoken or written, a gesture, or an expression of the face always takes place; hence this force must be intimately correlated to nerve force. It is very certain, then, that thought force is capable in external manifestations of converting itself into actual motion. But here the question arises, can it be manifested inwardly without such a transformation of energy? Or is the evolution of thought entirely independent of the matter of the brain?

Prof. Julius Emmer who claims to be able to record the unuttered thoughts may not be groping in the dark - for if thought force is transmitted by the undulations of a medium, such undulations possessing energy should be capable of recording themselves in a sufficiently sensitive instrument designed for the purpose. Max Muller pointed out that we cannot think without words; this being true, any direct transference of ed thought would of necessity be transmitted in a manner that would reproduce the thought as words in another brain. Claims have been made from age to age, that some people are gifted with the power of reading the thoughts of others; assuming this to be true, then of necessity there must emanate from the thinker some undulations of a medium which acting on the brain of the experimenter reproduces the thought - all this, however, is assumption, still is rational if thought reading or mind reading (as it is called) is to be accepted as a fact. In this age of progress it is questionable whether we should be too skeptical of too many ordinary phenomena surround us on every side, explanations of which have to be based largely upon rational deductions rather than upon experimental evidence, to entitle us to scoff at assertions which appear at present more or less incomprehensible.