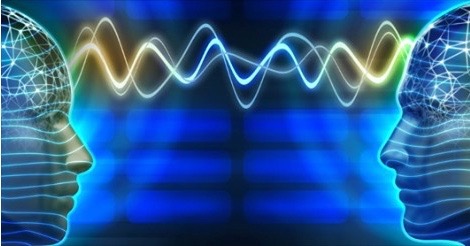 Say good-bye forever to the so-called "woo-woo" and "touchy feelie" stuff. Such NEVER existed but in the minds of the know-it-alls, naysayers and those control freaks desiring to keep others in ignorance and under their control. It is now scientifically established beyond all doubt that Mind indeed does have an effect on Matter.

"Nearly three decades of intense experimentation leave little doubt that the anomalous physical phenomena appearing in the PEAR studies are valid, and are significantly correlated with such subjective variables as intention, meaning, resonance, and uncertainty." https://philosophyandphysics.wordpress.com/2014/12/01/princeton-engineering-anomalies-research/

The Princeton Engineering Anomalies Research (PEAR) program, which flourished for nearly three decades under the aegis of Princeton University's School of Engineering and Applied Science, has completed its experimental agenda of studying the interaction of human consciousness with sensitive physical devices, systems, and processes, and developing complementary theoretical models to enable better understanding of the role of consciousness in the establishment of physical reality.

PEAR has now incorporated its present and future operations into the broader venue of the International Consciousness Research Laboratories (ICRL), a 501(c)(3) non-for-profit organization, and Psyleron, a company that provides technology to enable the continued exploration of PEAR's findings by the general public and research communities.

In this new locus and era, PEAR plans to expand its archiving, outreach, education, and entrepreneurial activities into broader technical and cultural context, maintaining its heritage of commitment to intellectual rigor and integrity, pragmatic and beneficial relevance of its techniques and insights, and sophistication of its spiritual implications. PEAR also will continue to provide the scholarly pedestal from which all other ICRL activities will radiate.

On the accompanying menu of pages we have attempted to sketch the substance, spirit, and findings of this scholarly endeavor. In addition, a few conceptual interpretations are offered on their fundamental and practical implications for basic science, engineering applications, and individual and collective human culture. Some fifty articles may be downloaded from the Publications page, which provide more detailed description of PEAR's research agenda addressing human/machine interactions, remote perception phenomena, and the proposition of theoretical models that appropriately engage the subjective correlates of these empirical effects. Also available are a number of more philosophical essays that speculate about the broader cultural and spiritual ramifications.

In addition, a comprehensive overview of the PEAR program, including five lectures, a virtual tour of the laboratory, and many other features that capture the unique spirit and substance of the PEAR enterprise, is available on a DVD/CD set entitled "The PEAR Proposition," (see right for trailer) produced by Strip Mind Media, and sponsored and distributed by ICRL. quoted from their web site Princeton Engineering Anomalies Research (PEAR) program