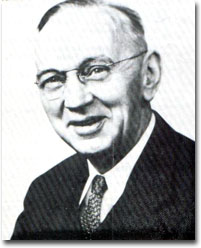 Q.: Ether may be defined as the combination of a higher plane, leading us to metaphysics, to where every consideration of the atom finally leads one.
A.: "This is correct - for, same as the statement of positive and negative forces as relating to gravitation that act upon the individual's DEVELOPMENT, or individual's application as is occupied from within itself. Hence, as is seen, there are (This may be an illustration for this same condition) certain CHARACTERS of disease that accentuates mental forces, or the metaphysical activity of a body. There are others that so DULL the senses as that they become one-sided, or only passive, not positive; yet a NORMAL, perfectly well and normal mind as of being so active as to be considered by others in its activity as of being unbalanced, but only is it considered PECULIAR." Cayce (195-70)

"Etheronic energy is the emanation from the spirit force through the active force of that which makes for matter being held in its positive position, or in its space of activity. Hence thought as a body, whether of animal or plant, is shown as of plant receiving in its freshness of vigor influences that come from or through the etheronic energy in its activity upon the body, in the expression or upon the plant as in its expression. Hence things that are equal to the same thing are equal to each other." Cayce (440-13) [See also the entire #440 series of the Cayce readings for more information.]

Q.: What is the best substance for induction, conduction, transmission of etheronic energy?
A.: "This is as raised power that would be produced from a combination of crystal. This should be rather interesting to this body, for it is very much like that used by the body in destructive forces in the Atlantean sojourn! Not that which caused the cosmic ray, or the death ray, or the healing ray - but the ray that came from setting of the prismatic influences from high heating - it may be from Arcturus or it may be from the Sun; though Arcturus would be nearer proper. The Sun may be induced to make for destructive or constructive forces, either one. It's a combination of those forces or rays that may be gathered in certain settings or prisms. It would require a lot of detail in preparing same." Cayce (440-3)

"A mechanical device might be constructed where a vacuum even excluding ether could be drawn and maintained, developing thereby a levitating force; this similar to that force which exerts pressure upward when air is pumped into a steel barrel while submerged below surface of a medium such as water. This levitating force will be utilized in many ways, particularly in so called heavier than air-ships, with the result that air navigation will be possible without the use of wings or gas. This correct when the elements must be made so condensed in their form as to prevent the ether in its finer sense from being, or escaping through the various elements that are ordinarily used for creating such vacuums. That is, a container in which a vacuum may be made must be of such a CONDENSE element as to prevent ether from going through the atomic forces of the element itself, as is seen in that of an electric bulb - this is not a vacuum, only a portion! To the finite mind this is CONSIDERED as such, but were the same character - or these same conditions produced in a DIFFERENT way - THEN these may be made to BECOME an element that would act in that way and manner, see? As is seen at present, helium becomes the greater usage in containers that may be made; yet these THEMSELVES (This is working from the opposite side, see?) - but were those gases, or those metals used that the supply of helium itself becomes the container FOR the vacuum ITSELF, see? this condensed, see? into a metal form, THEN the vacuum ITSELF, made that would lift without being lifted, see?" Cayce (195-70)