Bloomfield-Moore
"But Christianity has not separated herself from science. She could not if she would; for Christianity, as taught and upheld by Jesus of Nazareth, is true science. Pseudoscience has made war on Christianity, and is now about to suffer the penalty in the crumbling away of its foundation stones. "Wise men believe nothing but what is certain, and what has been verified by time." Until now true science has not been able to verify the wisdom of "The Ancients" by any dynamic apparatus showing how cosmical law works, and as yet it is not fully realized that, "in order to protect science, men of learning carried empiricism to its extreme skeptical consequences, and thereby cut the ground from under the feet of science;" sowing seeds of disorder broadcast for two generations, which, wafted from one land to another, have produced year after year a fruitful and ever-increasing crop of skepticism, materialism, and infidelity blossoming into anarchy.

The nations of the earth are now united in demanding justice for all men as never before; and science finds herself powerless to avert the danger in any other way than by supplying the implements of war, and providing new explosives; or, in encouraging fallacious schemes for destroying cities by means of "flying machines," more dangerous to the invaders than to those they seek to annihilate.

As science has done nothing to avert the evils which she has fostered, Christianity comes to the rescue with a system of spiritual physics susceptible of proof to the senses. The day has gone by in which, as Professor Schuster said, "a knowledge of scientific theories kills all knowledge of scientific facts;" for this resuscitated system makes it clear to all who have powers of mind sufficient to comprehend it, that we are related to the whole universe, and that "the fundamental doctrine of universal attraction" is part of the much sneered at (by the ignorant) cosmical law of "sympathetic association." [Bloomfield-Moore, What Electricity Is - Bloomfield Moore]

"Religious and scientific reformation have always gone hand in hand says Dr. Lowber. In fact, religious science is superior to any other science. As Christianity is the pure religion which contains the truth of all the rest, so it is the highest of the sciences, for it represents the development of the highest faculty of the human nature. Religion develops manhood as nothing else will, and Christianity represents the highest culture to which it is possible for man to attain. . . ." [Bloomfield-Moore, Progressive Science]

"Before this approaching age of Harmony can arrive, the knowledge of God must cover the earth as the waters cover the beds of the seas. Suffering humanity must be taught that "the existence of 'The First Cause' is a necessity of "human thought," and that the only cure for sorrow lies in the helpfulness and the hopefulness of the Gospel of the Son of God. Other religions tell of men stretching out their hands to God for help. The Christian religion tells of God reaching out His hands to man. 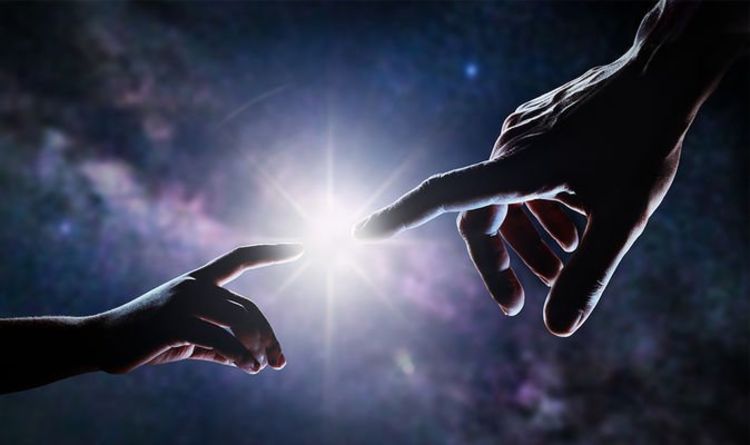 The keynote of Christ's Gospel is in the Fatherhood of God and the brotherhood of man; and this is the keynote which the revelation of Sympathetic or Spiritual Physics is about to sound. It will awaken a sleeping world to that "knowledge of God" which is (as defined by Pythagoras) "Truth clothed with light, or absolute verity." [CJBM, What Electricity Is - Bloomfield Moore]

Hughes
"Science and Revelation are mutually, though gradually, clearing each other; but as a little warmth of the rising sun only calls up the very mists which are to be dissipated by its more powerful shining, so a vague and chilling popular unbelief is to be dispelled, not by withholding knowledge, but by shedding abroad all possible light. Christianity has one most dangerous mental foe, and that is ignorance." Ignorance is the parent of Atheism; but we should carefully distinguish between "sinful doubt" and candid inquiry, the former of which generally arises from a too great love of, and belief in, our own mental powers. [Harmonies of Tones and Colours, Reflections on the Scheme3, page 45]

"Teach music on some principle. Without a confession of Christianity, this music is mere discipline." [Harmonies of Tones and Colours, Fragments from the Last Note-book, page 50]