"Corpuscular activity represents the outflow of the ether from the luminiferous toward neutral centers of aggregation (matter) revealing the connecting link between mind and matter. This luminosity has no thermal accompaniment, although, paradoxically, all thermal conditions emanate from etheric vibration. The tenuity of the ether accounts for this. It is only when the streams come in contact with crude matter that heat is evolved from its latent state together with a different order of light, from the luminiferous ether, the sun being the intermediate transmitter." [Keely, Keely and His Discoveries]

"I do not recognize light and heat as coming from the sun (as heat and light), for I have found both to be the emanations from atomic and interatomic interference when molecular vibration is induced by the "celestial attractive" through the medium of sympathetic etheric vibration. Physicists have not taken into consideration the sympathetic evolutions of Nature. They have been working in the wrong direction. I see nothing phenomenal in my explanation or theory, it only seems phenomenal to them from their theoretical view point of mechanical physics." 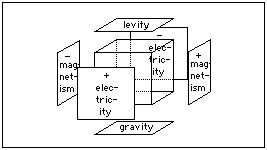 Figure 7B.15 - Triple Planes relative to Center
(click to enlarge)


"The attractive vibration of the solar sympathetic flow is "coincident to" and diverts, the terrestrial magnetic sympathetic flow. This force is the "celestial current", the prime third of the triune electric flow. This "celestial current" induces "aqueous disintegration" and "thermal concentration" which "two prime conductors" display a "coincident sympathetic chord" with the "celestial current". "Aqueous disintegration" and "thermal concentration" are the link with the celestial without which there would exist nothing but a luminous radiance like the Aurora, a reaching out for concordance without an answering "sympathetic attractive diversion" to create "unstable equilibrium" of terrestrial magnetism, resulting in the bipolar current. Were there no "aqueous disintegration" and "thermal concentration" to link the etheric dominant, the absence of the sun on one side would result in terrestrial magnetism and Electricity remaining static or stable - the highest degree of chaos." (See Russell's explanation how rotation creates "seeming order".)

"Disturbance of equilibrium" and "sympathetic equation" are the dual powers by means of which all forms of motion and of terrestrial life are governed. These two dual forces are in turn moved and regulated by Electricity and magnetism."

"The sympathetic stream from the sun to earth, by its positive and negative interchange with the earth's neutral center, keeps intact the magnetic force in the "polar envelope" making this "polar envelope" a great magnet of itself." [Snell Manuscript]

Light Does Not Travel

"That which man sees as light and feels as heat is the reproduced counterpart of the light and heat that is its cause.

"The rate of vibration in a wave field depends upon its volume.

"Vibration in a wave field means the pulse of interchange between its compressed core and the space surrounding that core.

"A slow vibration in a large wave field would cool one's body, or even freeze it, while fast pulsing interchange in extremely small wave fields could burn one's body.

"A lens that multiplies light and heat toward a focal point which sets paper on fire merely compresses larger wave fields into smaller ones.

"The rate of vibration increases for the same reason that the planets nearest the sun move much faster in their small orbits than those that are far away from the sun." [The Secret of Light - Chapter XII : Light Does not Travel - Walter Russell]