noun: (Judeo-Christian and Islamic religions) chief spirit of evil and adversary of God; tempter of mankind; master of Hell. 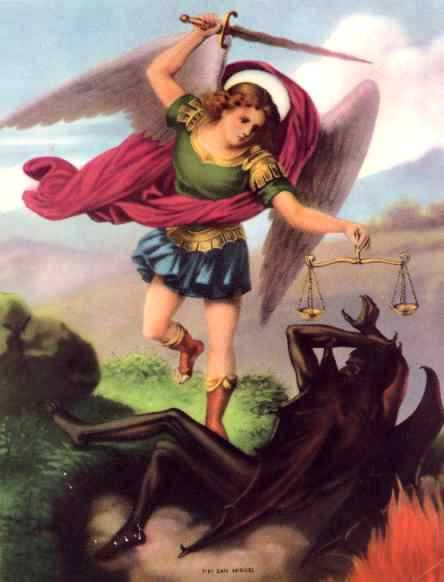 Cayce
Q. What is meant by the war in heaven between Michael and the Devil?
A. "As has just been given, as is understood by those here, there is first - as in the spiritual concept - the spiritual rebellion, before it takes mental form. This warring is illustrated there by the war between the Lord of the Way (Archangel Michael) and the Lord of the Darkness (Satan) - or the Lord of Rebellion." [Cayce 281-27]

Quimby
"Slavery in mind or matter is of Satan." [Quimby]

H.P. Blavatsky
"And It now stands proven that Satan, or the Red Fiery Dragon, the 'Lord of Phosphorus,' and Lucifer, or 'Light - Bearer,' is in us: It is our Mind." [H.P. Blavatsky]

Christ Returns - Speaks His Truth
"This is why there was a struggle between my humanly entrenched Ego and my 'Father-Mother Consciousness' during the very strident temptations I experienced at the end of my enlightenment in the desert. Satan had nothing to do with the tug-of-war which took place within my consciousness.
The war was waged between the

transcendent, yet with in me and which would gradually take over my individuality to an ever greater extent if I continually meditated and cleared my consciousness of selfish impulses." [Christ Returns - Speaks His Truth, Christ Letters - Letter 5, page 27]