Sympathetic Vibratory Physics » 7.0.5 - What is Matter and Energy

"Matter is the coagulation of sound." (A Dictionary of Musical Terms)

"One day there will be Scientists who can show how Matter is arranged according to the will of Christ, and to whom the laboratory table will mean what the altar means to the priest." (Rudolf Steiner)

Schopenhauer writes: "The concept of Will has hitherto commonly been subordinated to that of Force, but I reverse the matter entirely and desire that every force in Nature be thought of as Will." 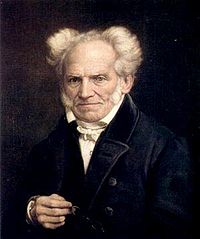 "The concept of will," says Arthur Schopenhauer "has hitherto commonly been subordinated to that of force, but I reverse the matter entirely, and desire that every force in nature be thought of as will." [THE NEUTRAL CENTER]

MacVicar writes: "Every individualized object assimilates itself to itself in successive moments of its existence and all objects tend to assimilate one another." [See Law of Assimilation]

Keely states that were the inherent cohesive sympathy taken away from matter, the Universe would be promptly dissociated into the Etheric realm. [See Subdivision]

"All conditions of dispersion and focalization are accompanied by the "celestial mind force" acting upon "terrestrial matter" - (corresponding to the mind force acting on the Brain, which is only its molecular instrument.) This force is the first seal of the Book of Vibrational Philosophy - the first stepping stone toward solution of the Source of Life.

"All Nature's forces are mind forces: magnetic, electric, Etheric, acoustic, solar. Any metallic mass can be so impregnated with certain vibrations that it will assume mental attributes - attraction and repulsion. We must first understand the triune conditions or laws of that sympathetic medium which interconnects matter with matter, the triune conditions or laws of Sympathetic Streams and unites resonance of each of the seven subdivisions before we can understand the induction by means of acoustic generators, of magnetic antagonisms in matter and the different forms of energy thereby liberated." The Snell Manuscript

Energy Force Laws of Being Matter Modes of Vibration Subdivision