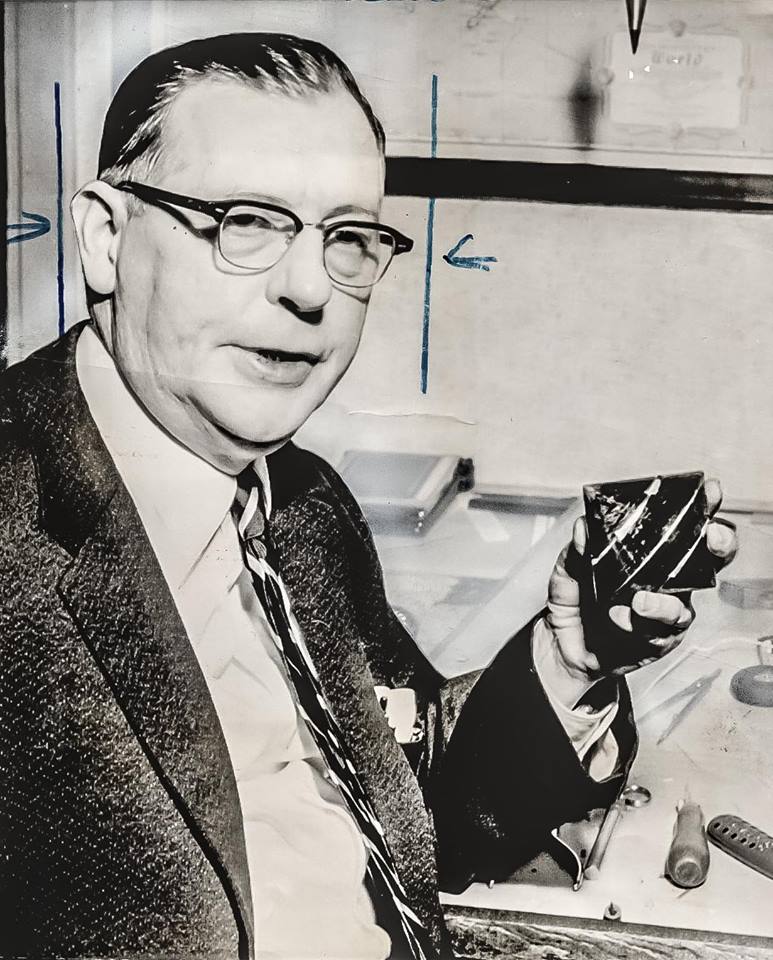 "Claims of inventors being either bought off or harassed are numerous and form a very long list. One prominent example is Otis T. Carr who successfully developed a free energy device that could be used to power a prototype civilian spacecraft. In the late 1950s, Carr succeeded in gaining private funding to develop a commercially viable model only for production to come to a halt after he refused offers to sell off his work. According to one of his technicians, Ralph Ring, a number of federal government agencies raided his California production plant in 1960 to close it down. The reason they gave was that it was a threat to the US. Monetary system since Carr's device could lead to a collapse of the oil and power industries. In 1961, Carr was convicted of securities fraud. He was imprisoned and discredited. It was only the public emergence of Ring in 2007 that the truth of what happened to Carr had emerged." Article, China's payoff for hiding Free Energy technology 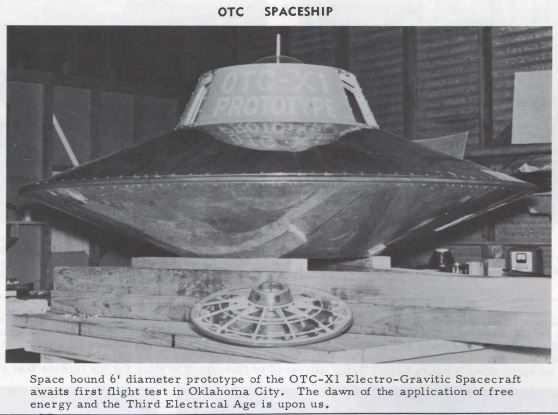 "We don't need it. We have a tremendous spin here. An electric motor operates the same way. You set up an electromotive force inside a magnetic field and you get rotation. So what we actually have here is an improved electrical motor which in itself is a circular device. And we say we make energy out of the air, from another dimension…this Earth itself is literally a spacecraft demonstrating what we're talking about. It's rotating and orbiting at a certain constant speed with a magnetic field and it is in itself a spacecraft…We feel outside the Earth's atmosphere new systems of propulsion even beyond our own of electromagnetism will make themselves apparent." [Otis T. Carr]

Otis T. Carr (1904-1980?) was a protégé of the great inventor Nikola Tesla. Carr and his team constructed a number of fully functional, flying saucers in the late 1950s. The flying disks worked and were demonstrated. Carr was serious about ‘taking his craft to the Moon.’ However, two weeks after a dramatic test flight, their laboratory was forcibly closed. Federal agents confiscated equipment as well as all documentation. Authorities told them Carr’s project would ‘destroy the monetary system of the United States.’

‘Fly is not the right word. It traversed distance. It seemed to take no time. I was with two other engineers when we piloted the 45-foot craft about ten miles. I thought it hadn’t moved – I thought it had failed. I was completely astonished when we realized that we had returned with samples of rocks and plants from our destination. It was a dramatic success. It was more like a kind of teleportation.’

‘I’ve lost count of the number of people who have refused to believe what happened. I no longer talk about it. It’s no fun being laughed at and ridiculed. But I’ve described it exactly as it occurred. One day someone will build the disk just as we did and they’ll have the same experience. All his blueprints still exist. Nowadays, it would all be done with digital and solid state circuitry - no moving parts would be necessary.’

‘You must always work with Mother Nature. Force is never necessary. The laws of the physical universe are really very simple.’ [Ralph Ring, interviewed by Kerry Cassidy, August 2006]

‘My flying machine will have neither wings nor propellers. You might see it on the ground and you would never guess that it was a flying machine. Yet it will be able to move at will through the air in any direction with perfect safety.’ [Nikola Tesla, interviewed in The New York Herald Tribune, October 15, 1911]

‘The vehicle was simply an extension of their own bodies because it was tied into their neurological systems...’ [Col. Philip J. Corso, The Day After Roswell]