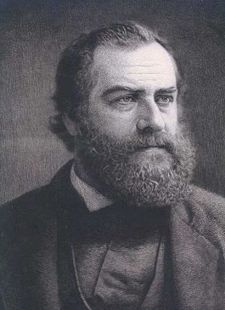 Leidy was professor of anatomy at the University of Pennsylvania, and later was a professor of natural history at Swarthmore College. His book Extinct Fauna of Dakota and Nebraska (1869) contained many species not previously described and many previously unknown on the North American continent. At the time, scientific investigation was largely the province of wealthy amateurs. (wikipedia)

Dr. Leidy was awarded the Lyell Medal in 1884, when in London, and the Cuvier Prize in 1888, from the Academy of Sciences in France. He is known in America not only as possessing the broadest of minds and the gentlest of natures, but as holding in his heart that love for, and reverence of, truth and justice which alone can confer the power of forming a correct and a just judgment. Keely Supported by Eminent Men of Science

"Having had the opportunity of seeing Mr. John Keely's experiments, it has appeared to me that he has command of some unknown force of most wonderful mechanical power." (Signed) JOSEPH LEIDY.

"Mr. Keely has demonstrated he has discovered a vibratory force previously unknown to science... which, when applied to machinery, must superseded all ordinary appliances." Professor Joseph Leidy, MD, 1890