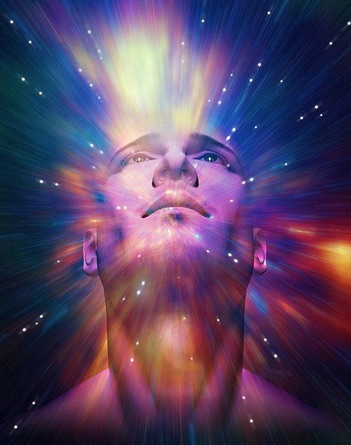 God-Consciousness and cosmic awareness of the Light of the divine Presence within every man is the next step in the spiritual nature of man." [Atomic Suicide, page 190]

"As long as we continue to ignore our Divine Side and the Divine Wisdom and highly specialized faculties and abilities we have, as long as we refuse to use them or exercise them, we will remain in all of our mental and worldly affairs, nothing more than creatures of the animal kingdom. Religions say we should put our faith in God, but as Rosicrucians, we say that we should put our faith in the God Consciousness, the God Wisdom and God-Given Powers that we all possess and which reside within ourselves and remain more or less undeveloped in all human beings." [Harvey Spencer Lewis]