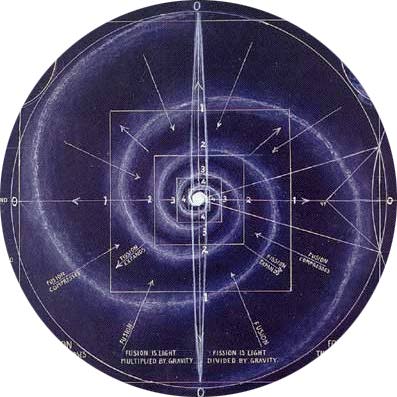 
"Every effect in Nature is divided into pairs of opposition. Each one of each pair is the reverse of the other. Each one is like a mirror reflecting the other. Nature is like unto a clock with two hands which bend away from each other in opposite directions but equal potentials. If one hand multiplies potential the other simultaneously multiplies it equally. Nature will not allow her balance to be disturbed. Each polarized hand moves away from the other from zero to four. Each then reverses its polarity from a charging body to a discharging one. Generation also reverses and becomes radiation. Heating bodies cool. Living bodies die. Solids become gases and dissolve. Fast motion slows until it ceases." [Atomic Suicide, page 288]