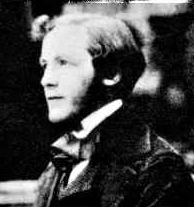 
"The theory I propose may ... be called a theory of the Electromagnetic Field, because it has to do with the space in the neighborhood of the electric and magnetic bodies, and it may be called a Dynamical Theory, because it assumes that in that space there is matter in motion, by which the observed electromagnetic phenomena are produced.

"The electromagnetic field is that part of space which contains and surrounds bodies in electric or magnetic conditions.

"There is always, however, enough of matter left to receive and transmit the undulations of light and heat, and it is because the transmission of these radiations is not greatly altered when transparent bodies of measurable density are substituted for the so-called vacuum, that we are obliged to admit that the undulations are those of an ethereal substance, and not of the gross matter, the presence of which merely modifies in some way the motion of the ether." [The Dynamical Theory of the Electromagnetic Field, page 34]

"What I propose now to do is to examine the consequences of the assumption that [electromagnetic] phenomena ... are those of a moving system [ether], the motion being communicated from one part of the system to another by forces, the nature and laws of which we do not yet even attempt to define, because we can eliminate these forces from the equations of motion by the method given by Larange for any connected system." [James Clerk Maxwell]