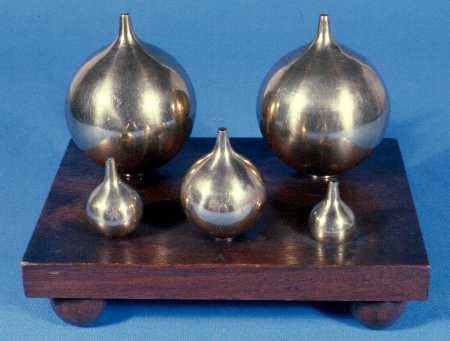 Helmholtz resonance or wind throb is the phenomenon of air resonance in a cavity, such as when one blows across the top of an empty bottle. The name comes from a device created in the 1850s by Hermann von Helmholtz, the Helmholtz resonator, which he used to identify the various frequencies or musical pitches present in music and other complex sounds. Wikipedia, Helmholtz Resonator