The dynaspheres actually do form a grid of Love/Peace across America. The dawning of a New Era of Consciousness is happening.

Speaking of Love a curious thing happened along the way to where I am now. Over the years various people came to me (I didn't search them out) who expressed a desire to have a dynasphere. The first one (after Atlin) went to south Maine, next one to Santa Fe which was relocated to Conroe, Texas, then one to south Chicago and finally one to Santa Ana, California. One day while musing on things I plotted the location of the dynaspheres on Google Earth. The image below shows their locations. Astonishingly their locations form a near perfect line from Maine to California (ocean to ocean). As each dynasphere is set east/west this is significant in that there is a grid now formed of Love/Peace energy covering almost all of America which can certainly use more Love right now. A dynasphere projects a beam of Love/Peace (sympathy) from its shaft, going east and west. In actuality the lines would be curved and not straight as shown. I imagine this grid extends around the globe but don't know this for sure. 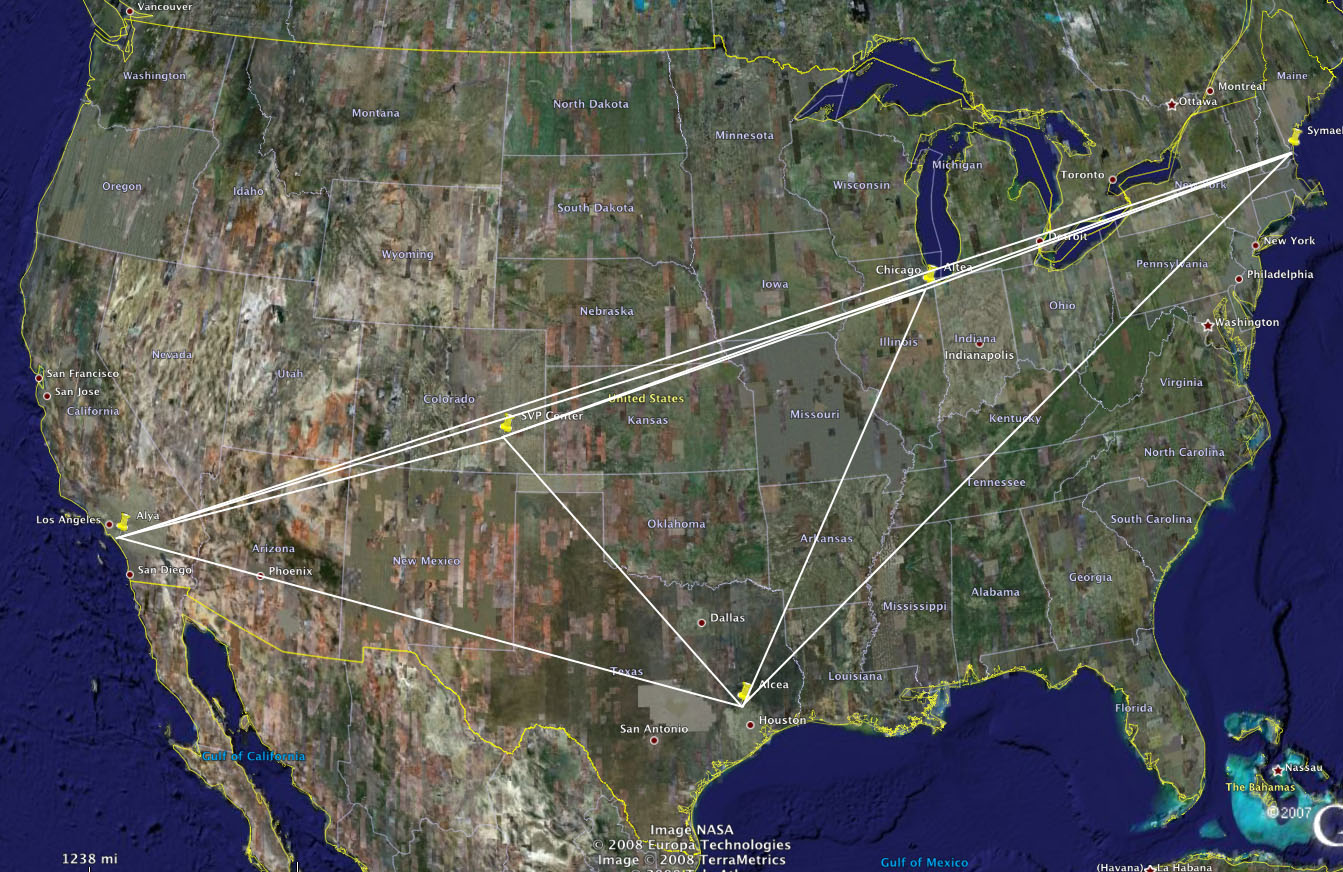